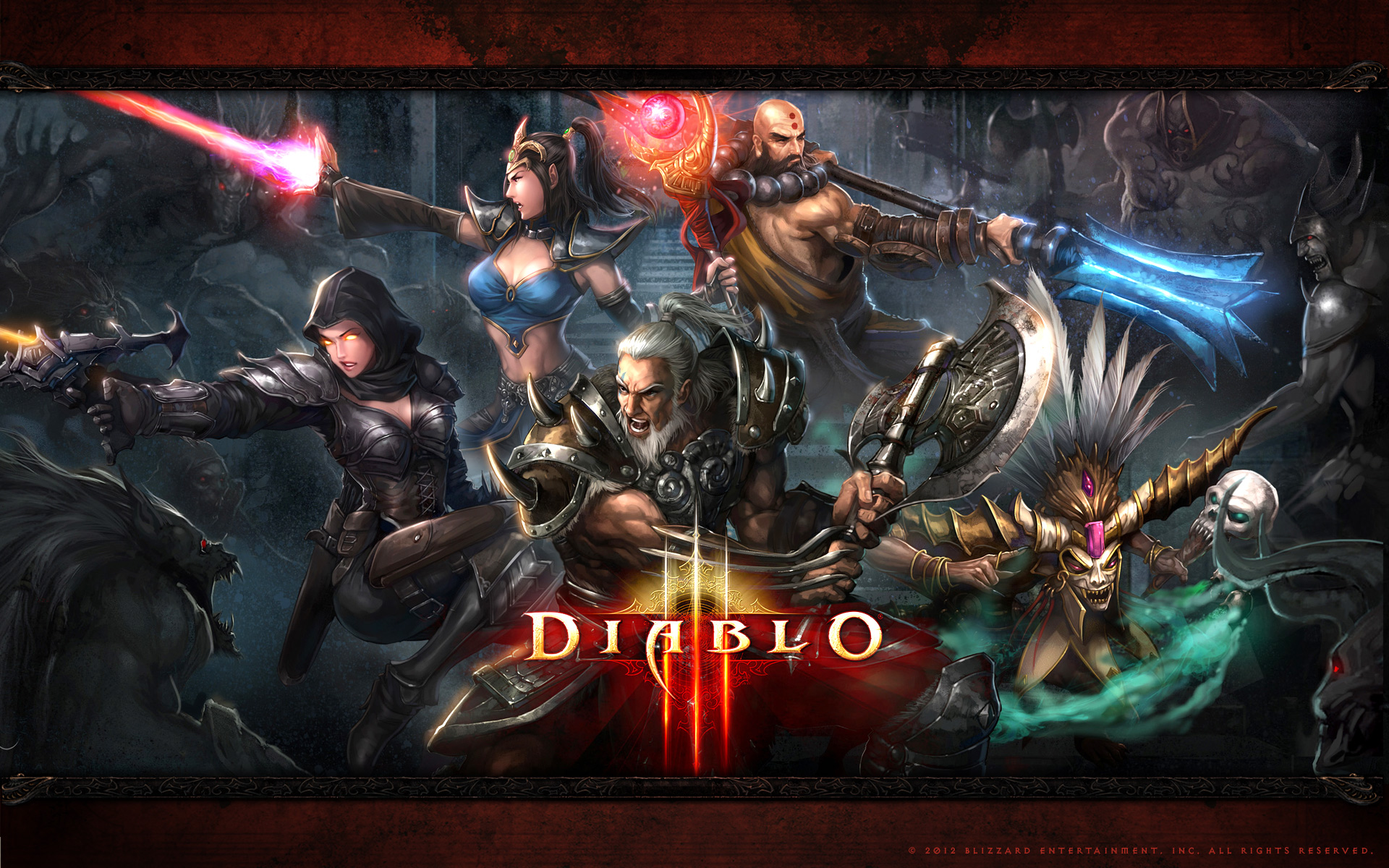 With its record selling numbers on PC last year, Blizzard’s Diablo III seems like an obvious choice to bring to the console market, and with a more streamlined experience that in some ways might be seen as an improvement over its PC brother, how well does the game stack up for console gamers. Take a look at our Diablo III console review for the full lowdown.

Today we’re taking a look at Blizzard Entertainment’s massive role playing action game on console and determine whether this is a must have game for fans of loot finding and gamers alike. Having scored massive success on PC last year making it one of the fastest selling games with some 12 million copies sold, and in the face of having to be connected online to the Blizzard servers which wasn’t favoured by a number of gamers. It makes perfect sense to bring such a revered title to the console masses.

In a nutshell, and this can be applied to playing the game offline solo, or with a group of three other friends huddled around a single TV or jumping online to find three other players, the game throws players into the world of  Sanctuary some 20 years after Diablo 2. Your job aside from defeating the main story characters including the lord of terror himself Diablo, is to enter many locations and simply battle your way through loads of enemies of varying types whilst leveling up to gain new skills and abilities, and collecting loot from the fallen or various inanimate objects that litter the levels. In fact, the desire to gain better equipment becomes as much a focus as completing the story, and even the game itself encourages players to take stock and perhaps replay completed levels to acquire better gear before moving on to new pastures. From the many hours of playing, this is essentially what players will be doing. Killing, leveling up, and gaining goodies. It’s quite simple in its approach and in a way very repetitive, but due to the nature of the game is extremely addictive. Perhaps it is the simplicity which drives the addictive quality of the game.

What’s neat is that players can choose from one of six classes and rather than stick with just the one for the entire game, can tackle the adventure using each class as and when they see fit. Naturally, if choosing a new class, one has to start from the beginning of the story, but what’s clever is being able to store loot which is shared across all of the characters making life for new characters less taxing. There are also a slew of difficulty settings to either unlock or use to tailor the experience to suit the skill of the player – offering tougher enemies with greater experience gains as a reward, or less punishing enemies that players can crush for a fairly tame experience. There’s something here for everyone and that’s a good thing.

What is also worth noting is how differently the character classes play out, The Barbarian for example (of which you can choose either a male or female) is great for wading in swinging axes and swords and generally getting stuck into  the thick of it. Whereas the Hunter of wizard classes are more in tune with using ranged attacks, meaning there’s a fair bit of diversity between the classes and how players tackle the onslaught of opponents.

Diablo III sports some interactive elements as well including little snippets of stories to listen to and lots of destructible parts of the environment or even objects to explore which might yield some goodies in the process. There’s also some interactions with objects and switches which can be used against the enemies which is useful when being attacked by large groups of enemies. The game certainly offers a bit more for those willing to smash and interact with as much stuff as possible adding to the adventure aspect of the game. It’s not all plain sailing as there’s one particular annoyance with the interactions which can often get in the way if they are too close to each other, for example, if a person who can be talked to is next to an exit, then players might exit without talking to the person or vice versa. On a number of occasions this happened and is quite annoying!

In terms of looks, Diablo sports the top down isometric style viewpoint which sadly cannot be zoomed in and out at will but is the right distance away to give just enough view around the player. When objects appear in front of the player , then a white outline can be seen so as not to lose track. Visually the game has some great variety, and the attack animations and spell casting all look pretty good. The only negative here is perhaps the low quality character models, but this is only apparent when looking at the characters in the equipment and stat menus. Naturally, the game runs very smoothly even when there are lots of enemies on screen and flashes of effects in the heat of battle, so thumbs up there.

Audio is also of high standard throughout and presents some fine voice acting and plenty of sound effects to keep the ears as much engrossed as the eyes. There’s an assortment of ambient sounds and the music compliments the overall tone of the game with its rousing orchestral score.

Diablo III is perhaps a game that will last players many weeks and beyond, as they quest for more loot and progress the story and replay it over and over. As mentioned, levels can be replayed and there’s enough options to keep on going once the game is bested.  The game is very much enjoyable as a solo offering with AI team mates providing some optional company if desired. The local and online multiplayer is very much the icing on the cake and if you’ve got several gaming friends then playing on single screen is a great option to have.

It’s obvious why Diablo III sold so well on PC as the game falls right into classic status the moment you realism how big the game is and how many options are available to players. Whilst the console version could look a little better, it certainly provides an enthralling, entertaining ride which is perhaps only let down by its repetition. However, unlike some other games, the repetition here is actually very addictive and that’s perhaps the game’s greatest strength. If you like action adventure, leveling up and finding loot, then this is an unmissable experience if you’ve not played the PC version. Fans of the genre and anyone else will find an excellent game here well worth the investment.