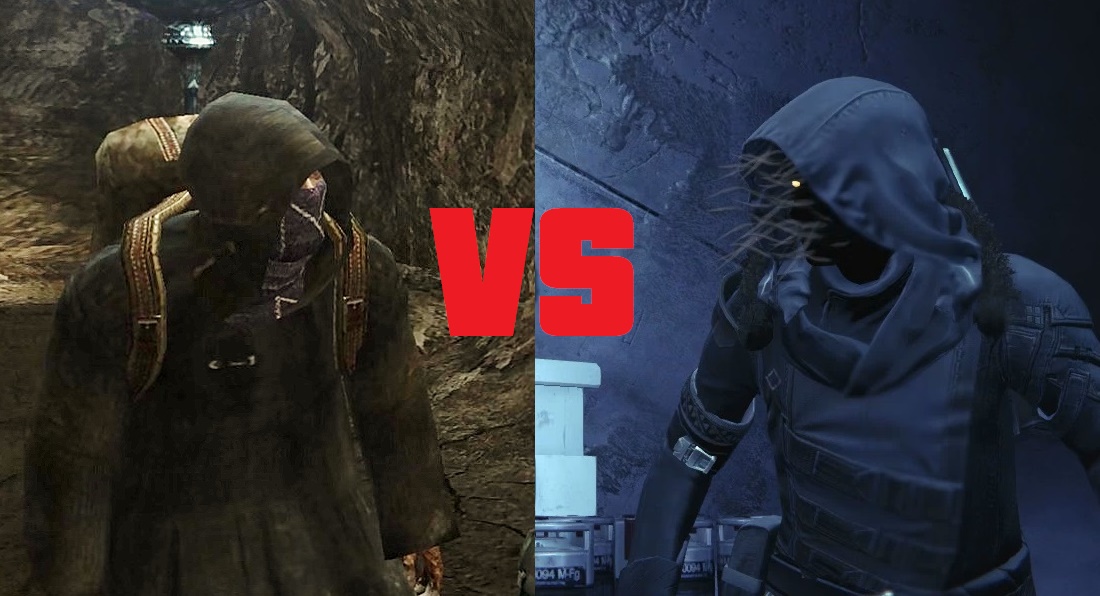 Many have made a connection between the Resident Evil 4 merchant and Destiny’s Xur character as they share similarities in design, so we put the two against each other to see who comes out on top in the trader department. Some have gone as far to suggest that Bungie copied Capcom’s character, but we say imitation is certainly the most sincerest form of flattery. That said, Capcom don’t hold the rights to masked and mysterious hooded seller of goods so it’s fair game. Either way, do you have a favourite? Who’s the coolest and ultimately most helpful in their respective games? Take a look at our tongue in cheek Destiny Xur vs RE 4 Merchant video and decide for yourselves.