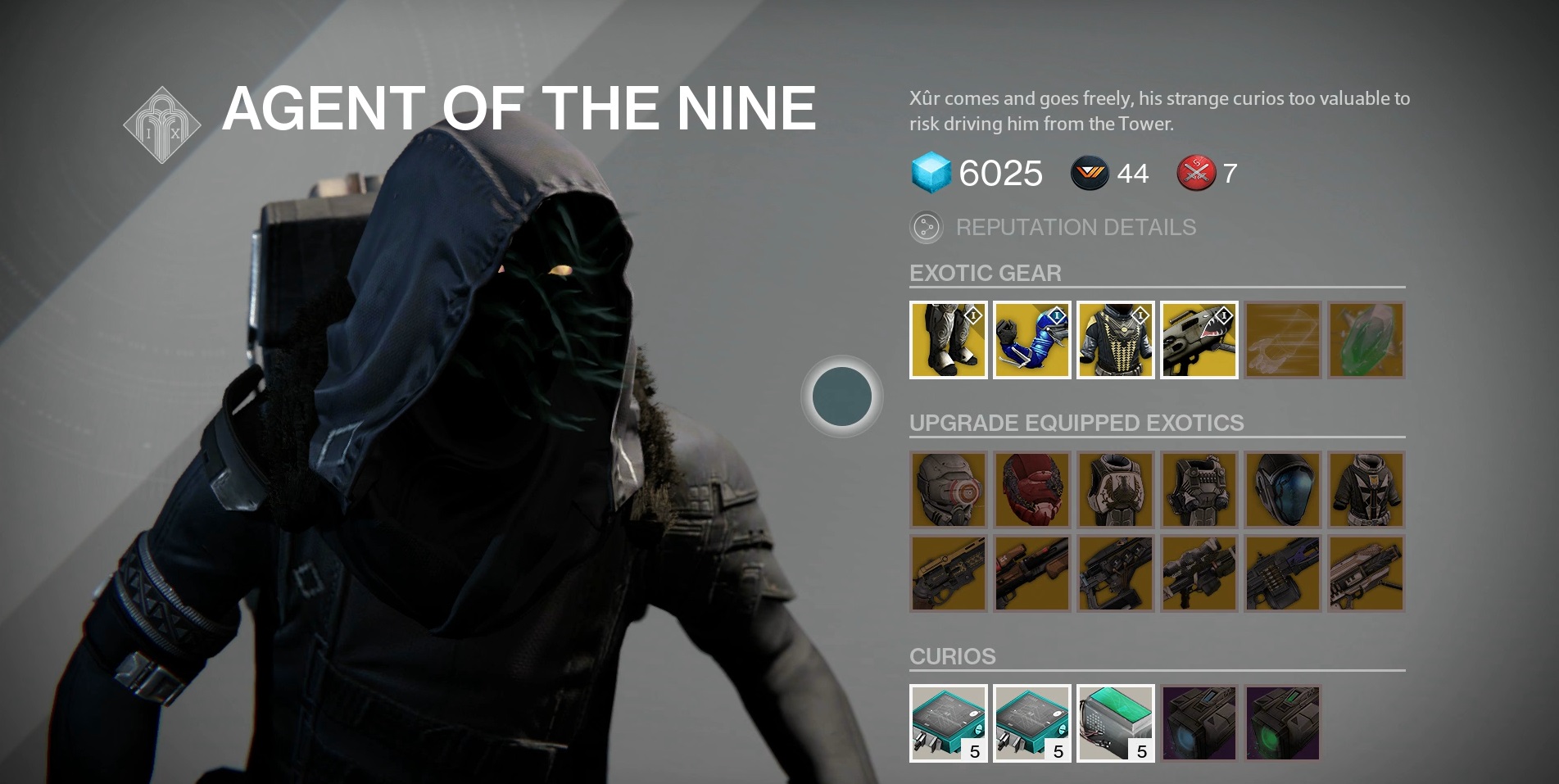 We’ve been following the antics of Destiny’s mysterious trader of rare goods, Xur from day one and whilst he disappoints as much as he enlightens players, this week we see a turn to the dark side because for the first time in 17 weeks of him appearing there’s a requirement to gaining the new gear. At a glance it’s obvious Bungie are capitalizing on the recently released The Dark Below DLC expansion, encouraging those who already purchased it to dive in to some new gear. In this regard, Xur’s wares are pretty good if you’ve been unlucky in the field as there’s some nice Titan boots, Gauntlets and Warlock Chest Armour alongside a meaty rocket launcher up for grabs with strange coins. However, these are all tied to The Dark Below DLC which means if you’ve not downloaded it alongside its monetary premium, you’re left with nothing this week which is a shame. Luckily Xur is offering the questionable upgrades for various pieces, but this is now a given considering how Bungie decided to make players work extra hard to get these up to their full potential.

Whilst Xur is a bit of an enigma with his weekly appearances and random stocks, the idea that players can’t take advantage of him without purchasing extra DLC is a bit of a low blow, although it’s understandable why Bungie are offering the carrot on the stick for those yet to jump in. That said, what happened to staggering the release of DLC new gear to keep both camps happy, or is this simply a prelude to a more regimented Xur where DLC becomes a must if new gear is to be obtained in this manner.

Heart of the Praxic Fire