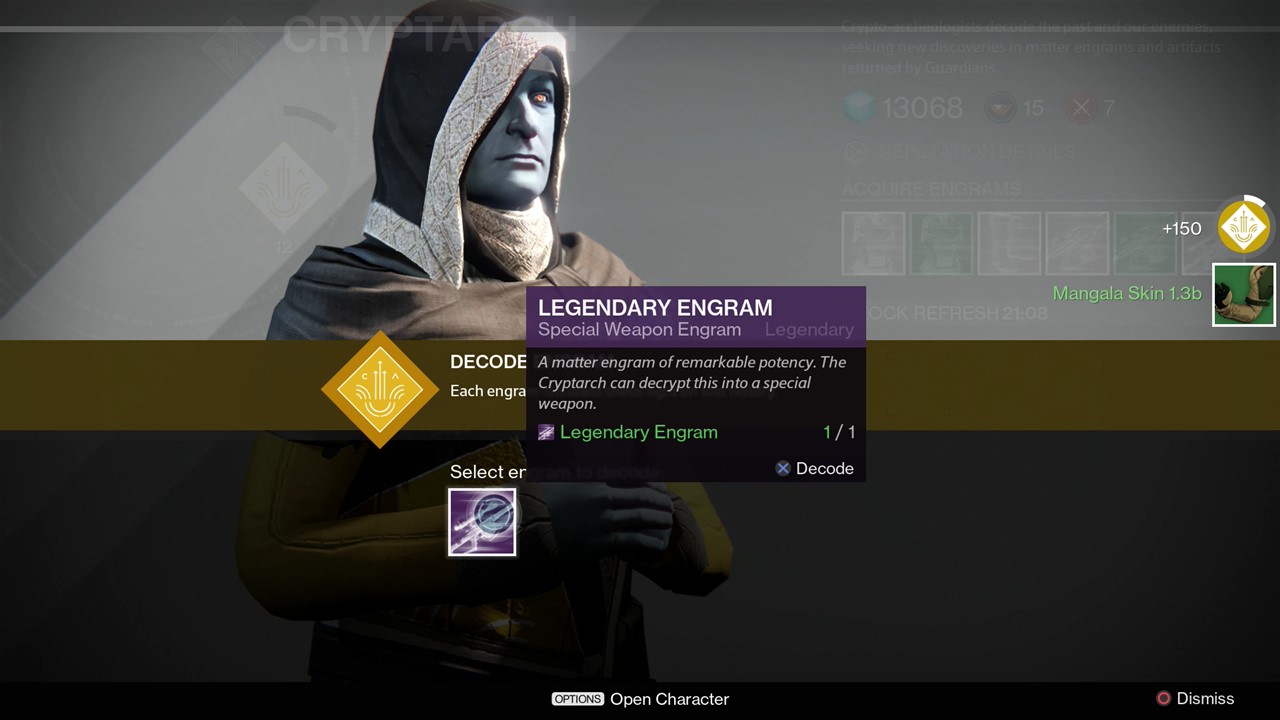 Bungie yesterday released a patch 1.02 for their online shooter Destiny which has previously seen some additions and now gameplay changes since it launched last month. A common complaint from players was the fact that purple rare engrams were being decoded into lesser quality items instead of legendary gear as expected. The latest patch fixes this frustrating issue  and now means purple rare engram drops equal a Legendary quality item or higher when decoded. However, this has possibly meant some changes to the drop rates despite overall the patch seemingly increasing the likelihood of receiving a purple drop from an enemy. Check out the full change log below.

Summary
With this patch, we address some widely-discussed concerns with how Engrams are earned and claimed. Strikes have become more rewarding, and the rewards gained from them are more predictable. Also affected is the rotation of maps that appear in the Crucible.

Rewards
Rare (Blue) and Legendary (Purple) Engram drops added to the potential rewards for:
Vanguard: Tiger Strike Playlist
Daily Heroic Missions (first time per day)
Weekly Heroic Missions (first time per week)
Known issues
When selecting a higher difficulty for daily missions, XP Bonus not shown in the reward display
You will still get the XP bonus, you just won’t see it in the UI