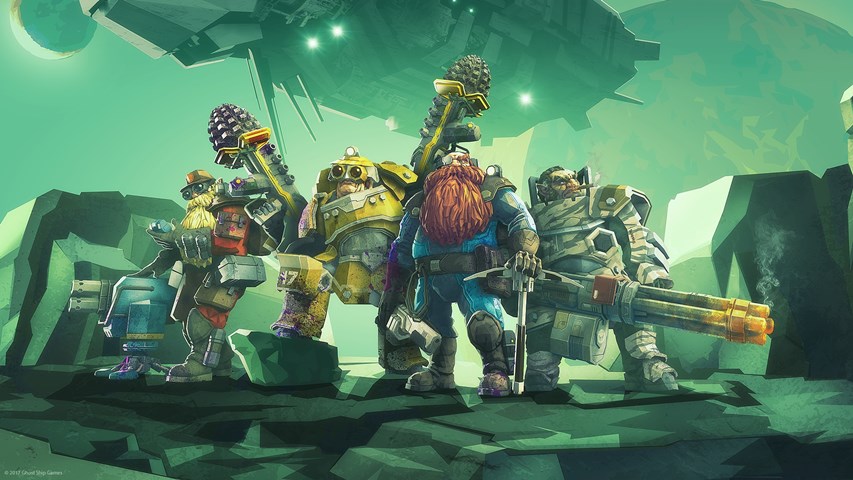 Here’s a look at the early access Deep Rock Galactic gameplay on PC where you play as a team of mining dwarves looking for loot on procedural generated fully destructible worlds from developers Ghost Ship Games. The first video showcases solo play but the game is best played four player co-op as seen in the second video. Deep Rock Galactic is available on Xbox One preview (play anywhere) and Steam Early Access. You can try a demo on the Windows store page here. For those interested the numbers on the top left of the screen highlight the performance of the game running at 4K resolution using max settings (with a GTX 1080Ti and I7 4790K CPU at the helm).

Deep Rock Galactic is a fun mining game which we found to be engrossing in both single player and co-op. There’s some decent voice acting, good humor and the combat feels satisfying. As an early access game it’s certainly doing things right and if they add a little more mission variety and perhaps more depth to the story (pun intended) then there’s a cool game here. Even in its current state it’s well worth a try. Check it out!