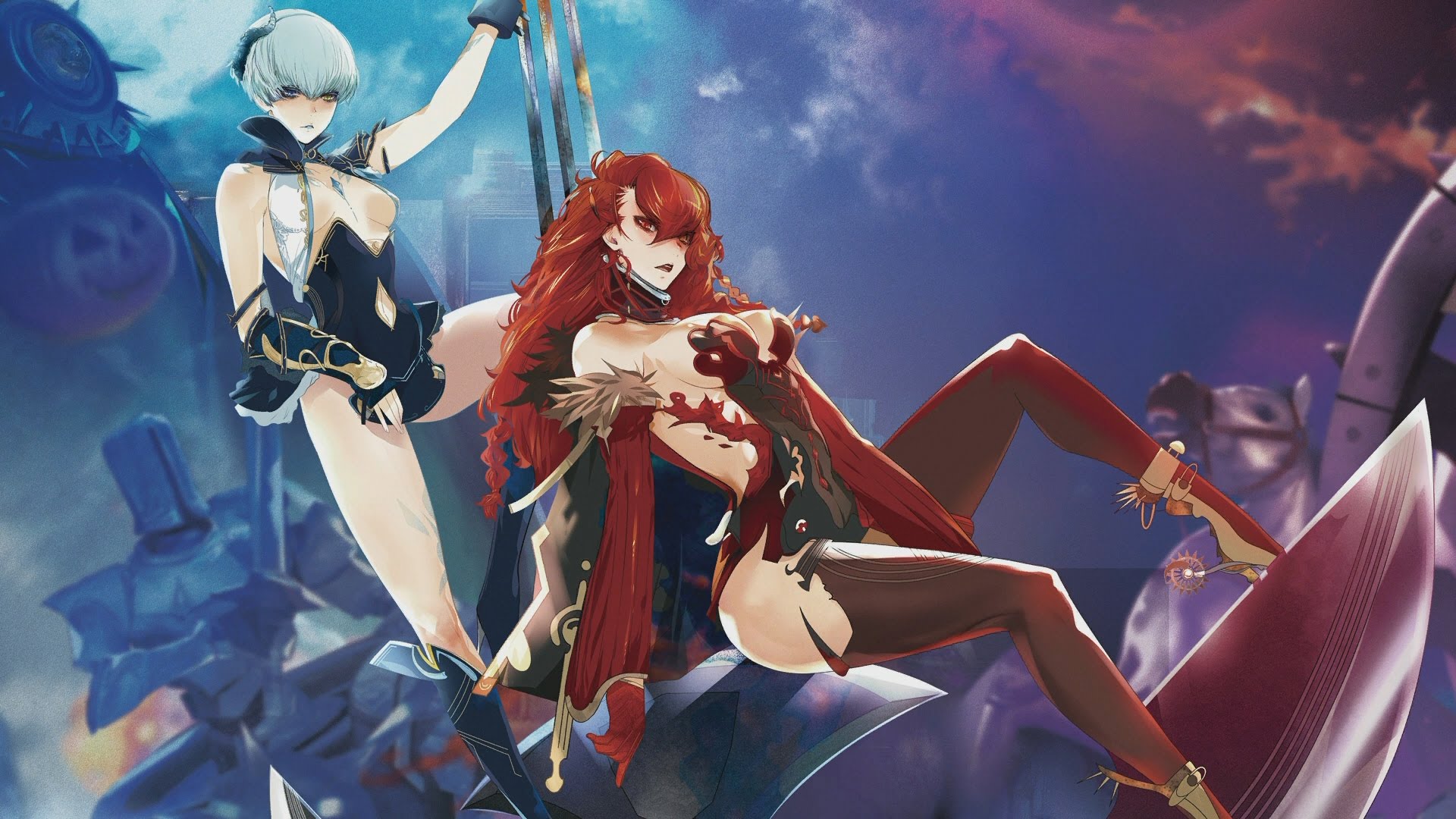 Koei Tecmo released their revised PS Vita/PS3 game for the PS3 and now PS4 with extra content for those who didn’t play the original Deception IV Blood Ties game. With an added Deception Quest mode and customization features is this strategy trap based game worthy of your time and money? Take a look at our video or text based Deception IV The Nightmare Princess review for the full picture.

Today we’re taking a look at the rather unusual and very Japanese Deception IV The Nightmare Princess which recently released on the PS3/PS4 and is born from the PS Vita/ PS3 original Deception IV Blood Ties from last year. In this revised package you get the original Blood Ties story which features the enigmatic Laegrinna and her witches plotting to free their father (the devil himself) by way of collecting 12 Holy Verses from the courageous but hapless victims of their mischievous traps. It’s a tale of madness or destruction that is filled with dark humour and plenty of banter between the hunters and the hunted as wave after wave of would be challengers succumb to the witches fiendish traps. There’s also some 100 missions to play through which adds more challenge into the mix.

The additional mode as part of the Nightmare Princess package is an all new Quest featuring the character Velgyrie (the nightmare princess) who has 100 stages of her own to beat which are served up on a quest line with various routes for progression. There’s some additional dialogue here as well which unfolds her own story and adds quite a number of hours to the overall package. Each mission has particular requirements to be passed before moving on to the next and with a bit of replay there’s options to unlock more traps and abilities to further her cause. 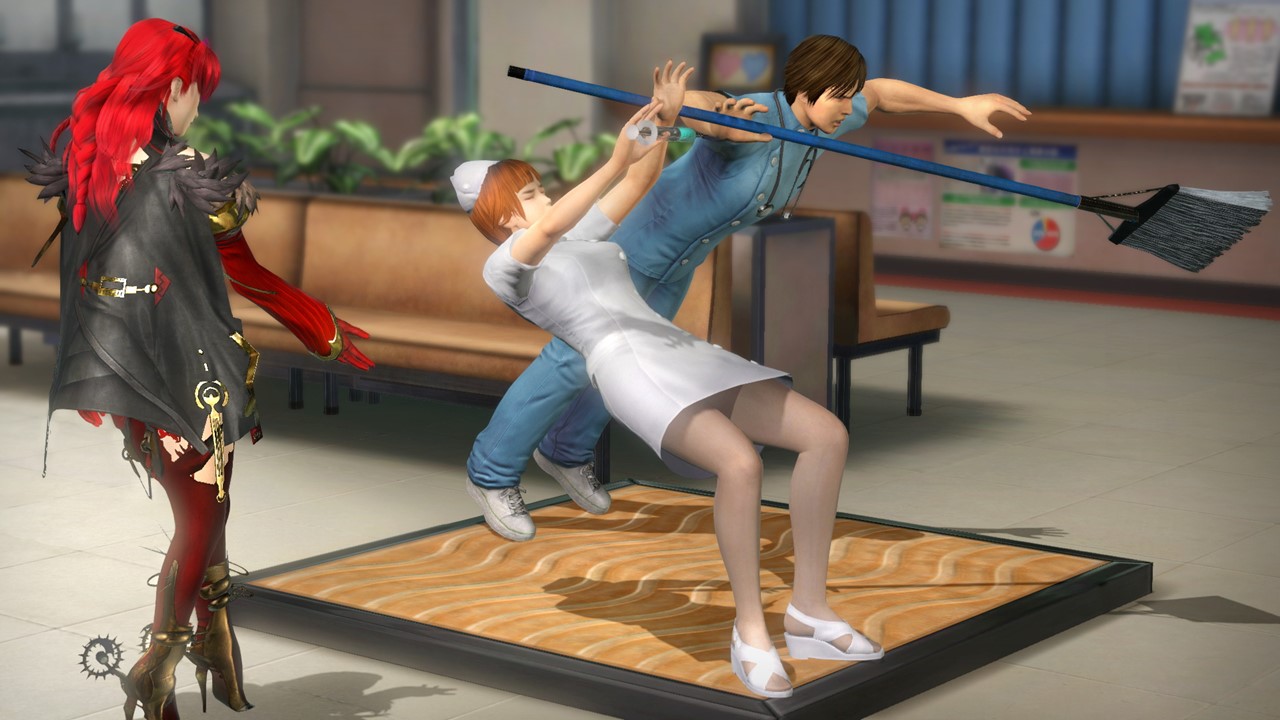 Aside from the story element there’s also a bevy of new customization modes where enemies can be created from parts gained in the Quest mode. With created characters players can then place them in any of the stages and create their own scenes. There’s also options to upload and share created scenes with the wider community should you feel your challenges are worth the attention.

So, onto the actual gameplay which remains the same premise pretty much across all modes. Basically you’re tasked with taking out the various male or female adventurers sent in to take you out. They come in a variety of forms such as well armoured, ranged attackers, status changing attackers, magicians, thieves and even regular civilians. What’s interesting is how at the start it’s all pretty standard fare, you place traps on the grid and lure the enemies into them without too much concern. If you’re clever you can line them up to form combos so that enemies get hit by more than one trap and you rack up more points, or if you’re extra devious then you’ll be able to form infinite loops which leave your victims no chance of escape. To prevent things becoming too one-sided, the enemies gradually get tougher or immune to certain trap types which means careful planning is required before jumping into each stage. There are times when more than one enemy presents themselves to deal with which means being careful not to be attacked whilst setting off traps. What’s worse is perfecting a combo only to get interrupted by another enemy’s attack. Naturally if you’re a god then trapping two or more enemies at once is pretty awesome but tough to pull off. In the story mode, players can move across multiple rooms setting up trap combos in each one and then luring chasing foes into them making for some neat opportunities to trap the more challenging opposition. 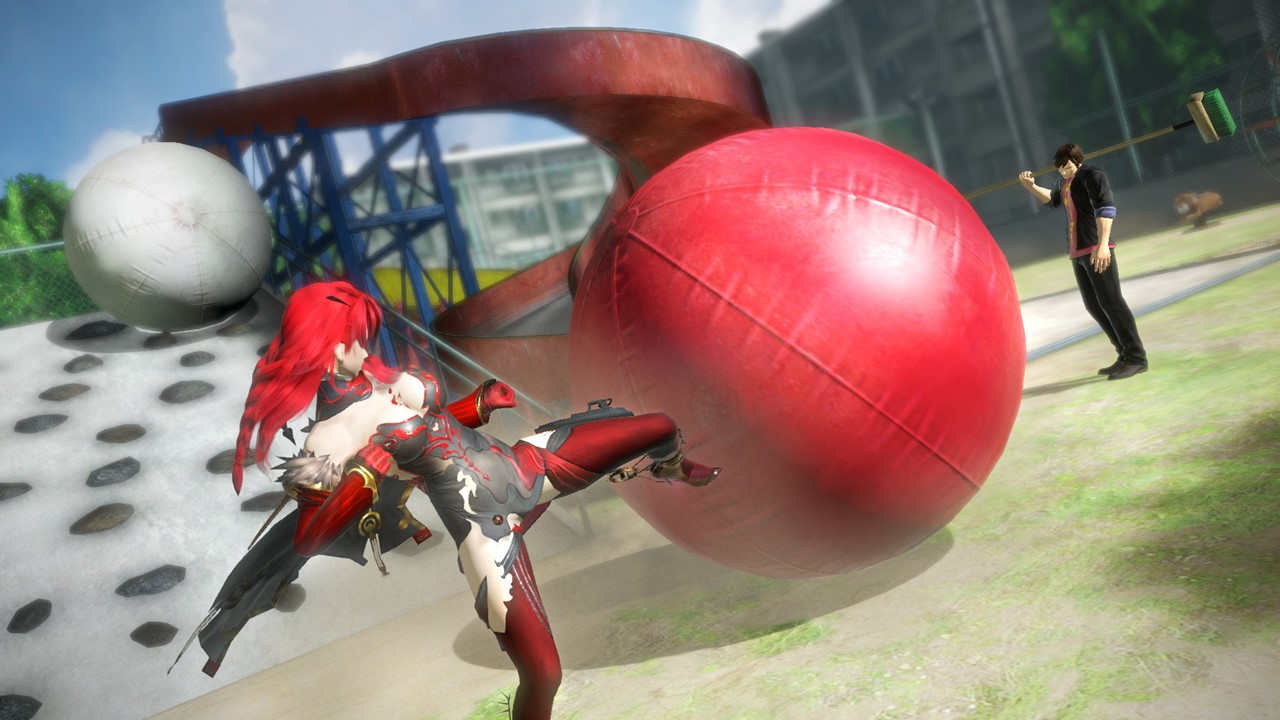 The traps themselves come in various forms and are based on humiliation, ceiling, floor and wall with various sub stages of each and even some as part of the levels which can be interacted with. Traps can be simple objects such as the classic bear trap or wild and wacky things like flushing toilets or giant feet crashing down from above. There’s a heavy fantasy focus here which is based on pure fun and by all means is not to be taken too literally. The interface is actually easy to follow where it’s quick to learn how enemies will respond to certain traps although one of the game’s biggest annoyances is not being able to save trap layouts which means if you mess up or the time runs out you need to place them all again. There’s also some issue with enemies not landing in the suggested landing zone when using launch pad style traps which can put a strain on planning. There are also occasional moments where your button presses seemingly don’t respond messing up your timing which is a pain when it happens. You learn to deal with these niggles but it’s still annoying when you’ve spent a bit of time planning only for it to be scuppered due to some skewed landing or unresponsive controls. Ultimately though it’s pure fun messing with your victims and even removing their armour revealing sexy underwear as an added incentive for devious behaviour – this is one sadistic and sexually aware game, although it’s not just restricted to the girls in their undies and the compromising positions you put them in, the guys get it in equal measure as well. It’s quite unlike any other game and one that really stands out from the regular western game design we see regurgitated time and time again.

In terms of looks, the interface is well presented on the front end but the in-game visuals show their last gen roots when playing on the PS4. That said, the game runs smoothly throughout although the reality is there’s little to tax the hardware. There’s some minor issue with the camera at times when close to the boundaries, but this is a minor complaint considering it’s free to move around for the most part. Audio also comes in at a high standard with some pleasant tunes to play alongside although the voice-over work is in Japanese with English subs which is authentic but could have been localized for English speaking audiences. The sound effects – most notably the screams of the victims – are excellent and for some strange reason never get old. There is an almost sexual nature to the sounds though in some instances which is not just our dirty minds playing havoc but no doubt rather deliberate, and when coupled with the shedding of clothes you can see where the game stands without care of any objection. 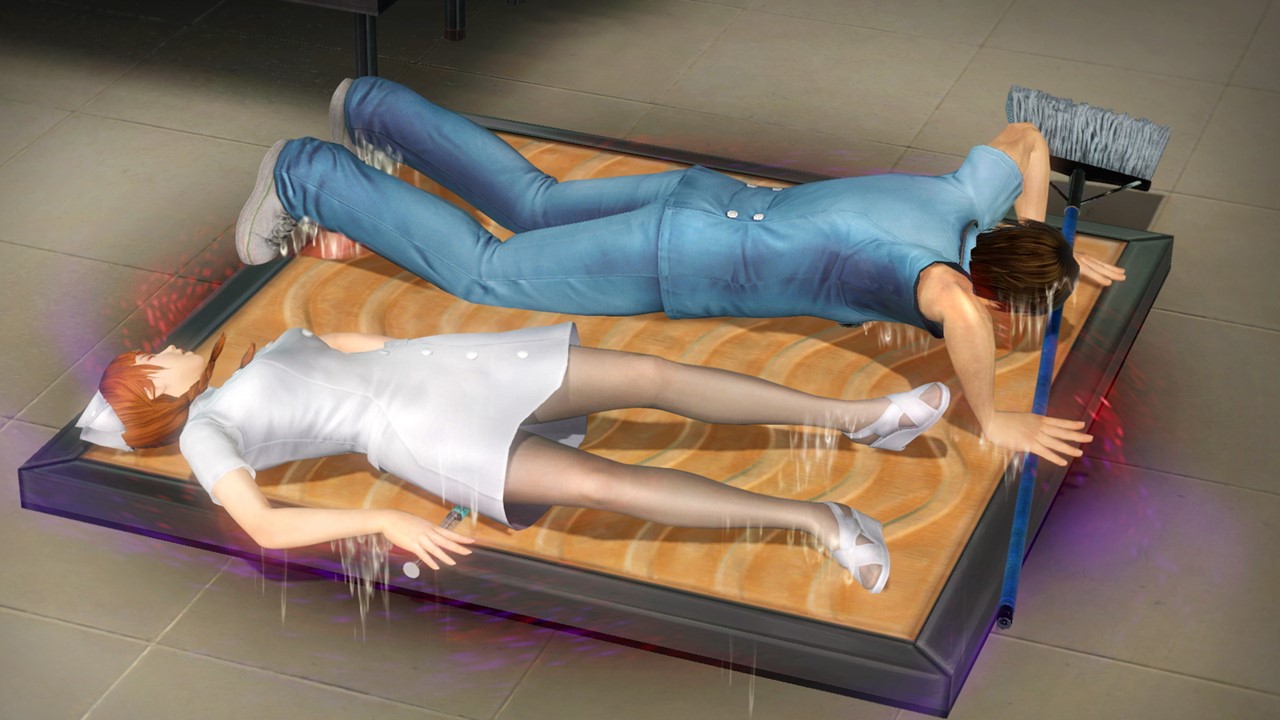 The original story mode takes quite a number of hours to best across its 12 stages where some multi tiered levels can take up to and beyond an hour depending on if you restart or not. With the additional 100 missions as well and there’s quite a bit to do. When you throw in the new 100 extra quests and the Deception Studio editor and you’ve got even more bang for your buck. There are well over 100 traps to use and whilst it’s possible to master a few and still be successful, the real aim is to experiment with lots of different traps and then master them all or pick favourites. In fact the quest mode often forces you to experiment a little which acts as a great learning tool as some of the later missions are as tough as nails. So in all with leaderboards, personal stats and unlockable characters and outfits there’s plenty bang for your buck even if the core game becomes a little “samey” after so many hours.

Deception IV The Nightmare Princess is a weird and wonderful game to grace the PS4 as something completely different to the tried and trusted formula of games we see year in year out. It’s not a game that’s going to appeal to trigger happy gamers or those who lack patience, but anyone who likes to exercise the grey matter a little will find a real sense of joy when plans come together and trap combos inflict the most damage on the tougher foes. In this regard it’s decisively rewarding in all the right places even in light of the few annoyances mentioned. There’s a crafty game here that reeks of a dark sexy undertone what with the sexualized squeals from the ladies and the up-skirt or obtuse camera angles. It simply doesn’t pull any punches here that the player is in control and is the ultimate meanie. It’s very much worth checking out for puzzle strategy fans. Everyone else will no doubt see a very Japanese game here that’s perhaps too weird to be of interest. Which sadly means you’ll be missing out on something entirely original and fun to boot. Having invested well over 100 hours this is one of the most unusual games you’re likely to play this year. But it’s gratifyingly well worth it and one of our favourites.