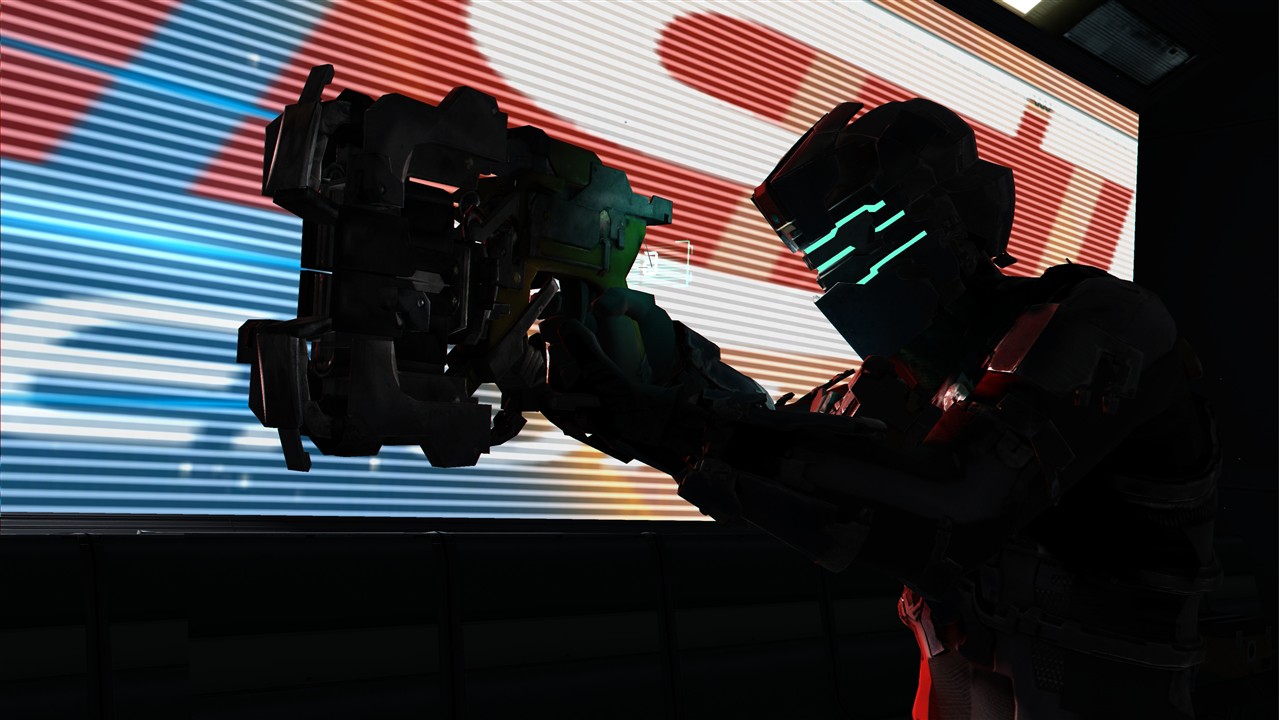 The original Dead Space became a bit of a cult classic, being enjoyed by reviewers but not being as well publicized as other games at the time. The survival horror genre had been turned upside down after Capcom took its leading Resident Evil series into a more action orientated adventure in Resident Evil 4, and subsequently Resident Evil 5. Dead Space was a hidden gem, in the darkness, offering the same action based gameplay, but still retaining survival horror elements to provide edge of seat gaming experiences. Now several years later, and it seems to have paid off for EA as Visceral Games brings a sequel into the fore.

Featuring the same hero of the last game Isaac Clark, and continuing on with the story, Dead Space 2 offers more of the same, but with the quality so high in the original, is this such a bad thing.

Dead Space 2 places Isaac into new pastures which still offers tight corridors, darkened rooms and plenty of necromorph enemies to shoot up. In fact, aside from the cosmetic differences in terms of weapons and locale, the gameplay is pretty much identical. You’ll be required to aim for necromorph limbs to properly take them down, and then be required to squish them underfoot to collect valuable booty from them. This is the survival horror element as resources are limited and if you’re not in the habit of stomping or shooting enemies carefully enough, you’ll end up without ammo and in a world of hurt. That’s not to say you’re royally screwed as you can melee attack and use the best defensive method known to man [running away] often enough. The stores return so you can spend all those squandered credits on upgrades, ammo and the much needed health packs. It purports to the survival horror gameplay that is expected.

It’s hard to say if there have been any improvements with movement and combat, as this does seem to mirror the original – which isn’t bad as it was already very tight. There’s also little distinction between the enemies of the two games, which is great for continuity and not so great for variation; but whatever lumbers at you in the dark, it is going to need to be shot, so does it really matter that much? Not really.

The lateral puzzles make a return, although there feels like a lot less of them this time, and certainly very few head scratching moments like the rock puzzle from the first game. These are welcome additions and somewhat laugh in the face of the old school find green key for green door type puzzles we’ve seen in times past. Whether the conscious decision to keep the pacing more freely flowing by removing the complexities of the puzzles is a good one, really does depend on your tastes and ultimately what you’re expecting from the game. The use of low gravity, limited air supplies and such like certainly adds its own sort of tension away from the shock scares of creatures bursting through walls at you.

Graphically the game retains the dark and moody atmosphere although as mentioned, a lot more varied locales are used this time. You’ll be visiting more inhabited areas like apartment blocks, even a school, but will mostly be fumbling about the dark on a room to room basis. On occasion you get a pleasant sense of scale as you look outside a window revealing there’s more to the world than just confined tight spaces.

The effects used throughout are top notch and things like the illuminating flash-light give a neat sense of immersion into the world as it becomes your main tool. Like the original, the HUD is kept at a minimum, and you’re never taken out of the game with the menu, simply because it appears in front of your character in real time. This is not new, but does help keep you engrossed in Isaac’s progression. Animations are good, well as you can expect for enemies and running animations of the lead character, and the frame rate holds up well, even when there are larger enemies to deal with.

The audio is of a high quality, with some good performances all round. The story is pretty solid but the ambient sounds are really the driving force behind the atmosphere. Music is kept minimal and you’re left with emptiness suiting the flavour of the genre, so when something occurs in a flash you certainly get the full assault on the senses. It’s this tension building silence and noise, that gives the game and more widely the genre its horror labelling.

The story portion of the game can be completed in 8-10 hours through 15 chapters, although with a new game+ option upon completion does beg for multiple play throughs – although that said, you effectively play out the same story again. Other than getting new armor to toy with, there’s very few extras which is a bit of a shame as Resident Evil 5 offered plenty to chew on beyond the standard game.

To combat this, a multiplayer mode has been added, which no matter how good your experiences are with it, cannot make up for the lacking elements of the single player game. The usual versus modes are on offer, with variations to suit the style and pacing from the single player and are more akin to say Left 4 Dead as players can choose to be necromorphs or human teams. With no co-op for the single player game it does seem to be a tacked on mode but whether it has the legs is hard to say at this juncture. Still, for a deviation from the solitary play of the single player, having the option there is good – unless you’re offline.

Dead Space 2 and its predecessor are very similar, in an almost uncanny way. It’s like Visceral Games took the formula and said, we’ll not change a thing as the original was so well received. Some years later, has this approach worked, should we expect something new [aside from the multiplayer hi jinx] yes and no. Yes, some new features would have been nice, and no because what they have in the single player is good enough to remain unaltered. That says something about the quality on offer, and can only point to a game with high production values, lots of attitude and a pick up and play all inclusive approach which works and is appealing on all fronts.

If you’re a fan of the original then obviously you’ll have jumped out and bought the game already and are probably reeling from the action adventuring. For those unfamiliar and perhaps have heard good things about the first game, then this is certainly well worth picking up with no need to have played the original to understand the story. The visceral combat, the varied locales, the tense moments and entertaining story are worth the price of entry alone, and with added multiplayer for those who must share the experience, make this game a more well rounded product. Highly recommended and another classic game to add to the collection.