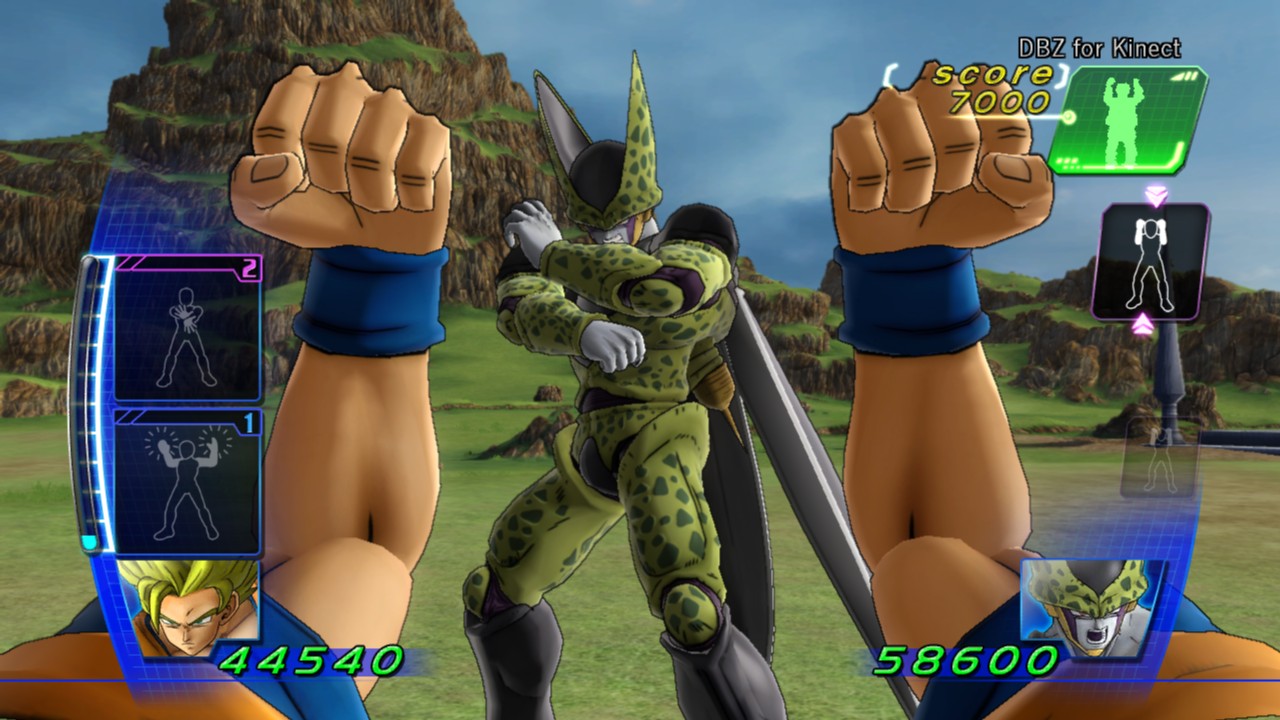 The new Dragonball Z is a first-person fighting game for, you’ve guessed it, Kinect as Microsoft and Namco Bandai join forces to bring the popular series to Xbox once more. DBZ Kinect focuses on the major battles of the Saiyan Saga, but instead of just twirling analogue sticks and bashing buttons as with the other games, this one actually immerses you as you’re required to actually perform the movement gestures yourself, of which there are over one hundred (not the possible 9,000 you might be led to believe). 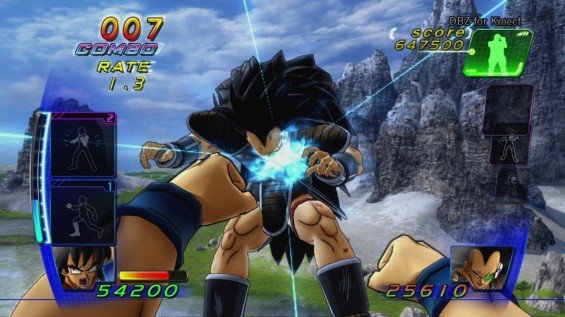 There are two modes on offer which comprise of a story mode, and score attack with the latter challenging the player to achieve the highest score in a series of duels with whichever character you prefer. The game also has over 50 characters which is one of the few good points and something fans will appreciate. You would think that by now, game developers would have perfected the art of making motion controlled games, sadly not in this case as problems do occur.

Basic moves are fairly easy to pull off, i.e. kicks and punches but as soon as you start trying anything fancy you run into problems. Some of the moves are too alike, meaning more often than not you’ll be screaming at the TV as your character throws out the wrong move, which is a major problem as the game does get progressively harder in which you’ll need to pull off powerful finishing moves to ensure victory. The fights are too long as well – fortunately not as long as the TV show – and the inaccuracy of the tracking only makes this worse and apt of the time very frustrating, as you know what you want to do, but the game simply won’t let you.
Dragonball Z Kinect features the original soundtrack and sound effects from the TV show, which will appeal to the fans and the graphics are the best cell-shading for a game which has been adapted from an anime. However the characters are rather  lifeless when just standing, similar to Mortal Kombat, they are just on a loop rocking backwards and forwards and not doing much else. The lip synching could also be better, which will be an annoyance to many people. 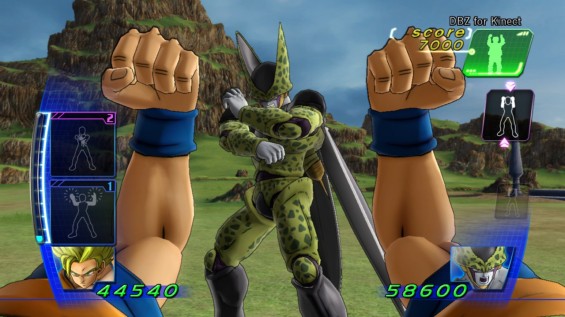 All in all, this is not the best Kinect game ever, yet the concept is good – on paper –  it’s just a shame that when transferred to disc it doesn’t quite cut it. Dedicated fans of the show will love it, actually being in the game and acting out the moves, but for people who don’t really know much about the Dragonball Z universe and all its supercharged characters, there isn’t much of an appeal, especially with games such as Fighters Uncaged out there which is a little more neutral. Dragonball Z Kinect is one of those games where you’d probably give it a go at a party but not actually feel compelled to buy it yourself.