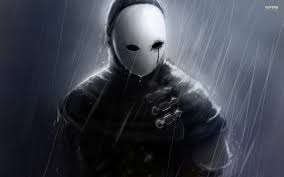 We take a look at From Software’s eagerly anticipated Dark Souls II having enjoyed and hated the first game in equal measure. For gamers looking for more action adventuring, is Dark Souls II a worthy game to sink the hours into. Take a look at our Dark Souls II video review for the full picture.

Today we’re taking a look at From Software’s sequel and eagerly anticipated Dark Souls II on PS3, Xbox 360 and PC which puts players into a dark and foreboding world where death is a normality alongside lots of colourful language and fear inducing opponents. Much like its predecessor, there’s little in the way of story as players select a character class, perform a bit of customization, and then head on out into the depths of the the Dark Souls II world, opening chests, looting the dead and interacting with a weird cast of characters, oh and dying a lot!

The game’s exploration is pretty standard fare, using a mixture of tight interiors, stony stairs, ladders amid open areas which house a variety of undead enemy types who attack with ranged weapons or get up close with powerful melee weapons and shields. Players can dish out punishment using similar tools, but also can adopt magic attacks should they choose.

Let’s get this out there right away, Dark Souls II isn’t the most fluid of games in terms of character movement and pace. The solitary single player adventure is covered with non-events and is simply an exercise in survival whilst discovering new things via staged progression. There’s no hand holding here, and when the abstract difficulty is fused with a callous amount of deaths, makes for a game which really tests the resolve of the player, to the extent where it’s simply not a game for everyone. The mechanic of losing gathered experience upon death, with the chance to collect it back is ever present, and works well but, newcomers might struggle to see the appeal as they die over and over again, and then get punished further for being too used to having an easy time of it thanks to other action adventure games. Dark Souls II swallows you up, chews for a bit, then spits you out because it simply doesn’t like how your bones and rancid flesh taste.

The biggest problem with the game aside from its insane difficulty, and inaccessibility which is like being admitted to a very exclusive gentleman’s club, are the dicey controls and restrictive nature of movement.  At times, players are hampered by things like crates or small ledges which should be climbable but aren’t, so getting caught up during combat becomes a bit of a pain. There’s also an endurance meter which prevents players from aimlessly swinging swords and clubs around without a care, and when it depletes after a few swings, means players are left vulnerable until it refills. It also depletes when rolling around to avoid attacks which can cause issues when trying to escape.

So, players who get what the game’s about and understand how endurance is a big feature of the tactical gameplay, will find solace in edging deeper into the Dark Souls II world, and it’s this understanding that also makes the game a joy to play in terms of personal accomplishment. Players can level up back at base, and hit bonfire checkpoints to replenish health which makes the adventure feel all the more epic. There’s are boss battles thrown in to mess with your mind, but what has to be said, is what might appear to be impossible, after several attempts, and with a bit of learning, can be beaten with relative ease. It’s just the journey to get there is always pretty hardcore and ultimately overly challenging.

In terms of looks, the game isn’t the greatest looking game, sporting some muddy textures and low details throughout, although there are some moments where the game impresses with  stunning scenery and spooky vistas. In terms of scale and level design, From have perfected their art and provided an exciting playground to explore filled with a cast of interesting designed characters. The game runs pretty smoothly as well, although, that said, there’s a general slow pacing anyway.

Audio is a bit hit and miss as it’s devoid of much atmosphere aside from the ambient sound effects which exemplify the spooky nature of hearing enemies before seeing them. There’s a bit of dialogue from the cast of NPCs which can be found scattered across the lands, but nothing that really stands out, which hightlights the solitary nature of the game.

Players can expect to invest many hours into the game, and then some as they explore and uncover more of the dangerous world. Then there’s an option to go multiplayer and team up with others, but this like the rest of the game is an acquired taste. The original, and its predecessor basked in its solitary moments, using signs of others simply coexisting within your game via ghost like apparitions or helpful messages. This is perhaps the onus of the game, because that’s where the challenge lies in completing the impossible alone, and feeling all the better for it as a result.

To conclude, Dark Souls II is very much like its predecessor, in that it’s a tough and uninviting game for those not in tune with how things work. There is a tutorial this time which eases players into the basics, but once this area is passed, the game then pushes the player until they either give up, pull their hair out, or simply relish in constantly getting killed. For fans, this is a no brainer, and again seems to be a haven for an elitist club of sadistic gamers who enjoy extreme degrees of challenge.   If you “get” what the game is about, then there’s an enjoyable tactical, taxing game full of accomplishment and wonder, but if you don’t then it’s likely you’ll find the game a little devoid of character and something that gets returned to the store pretty fast. Dark Souls II is all about sticking with it, not giving up, and then patting oneself on the back for figuring it out. If this sort of thing appeals, then Dark Souls II is for you. If it doesn’t then avoid like the plague.