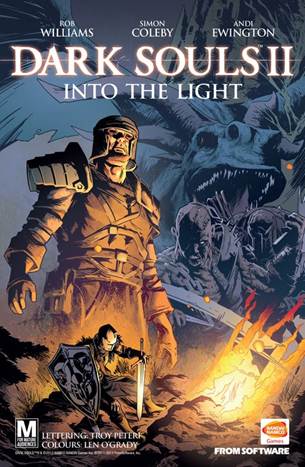 Namco Bandai Games and developers From Software have announced some details regarding their graphic novel based on the forthcoming Dark Souls II video game entitled,Dark Souls II: Into the Light. Penned by Rob Williams and Andi Ewington with artwork provided by Simon Coleby, the novel gives greater insight into the game when it releases in January 2014, a few months before the game release on March 14th 2013.