From Software are back with another action role playing game in Dark Souls 3 which has players adventuring deeper into mysterious lands filled with skeletal zombies and other abominations to give you a fright. It’s a tough game for any newcomers and makes no bones about it, so in light of this is it worthy of your time and money?

There’s probably a lot of ifs and buts surrounding the question of should you buy Dark Souls 3 because (and here’s the first one) if you’re familiar with the previous games or the excellent Bloodborne on PS4 then there’s nothing stopping you. It’s more of the same tough as nails unforgiving challenge where you venture forth exploring (with no map) and learn the layout of the enemies, get killed, and try, try again until you push further. There are checkpoints to reach which act as indicators of how good you are or how far you’ve come, but anything in between is open season. The mechanic of gathering the “Souls” of the fallen returns where these are used to level up the character or purchase extra gear and goodies. As you move further up the chain, the requirement increases dramatically which means the risk of being killed and losing all of your collected souls becomes a drama in itself. The game gives players just one chance to retrieve the lost souls where respawning comes with a penalty to stats. If you’re successful and live to fight another day then there’s plenty reason to be joyful. 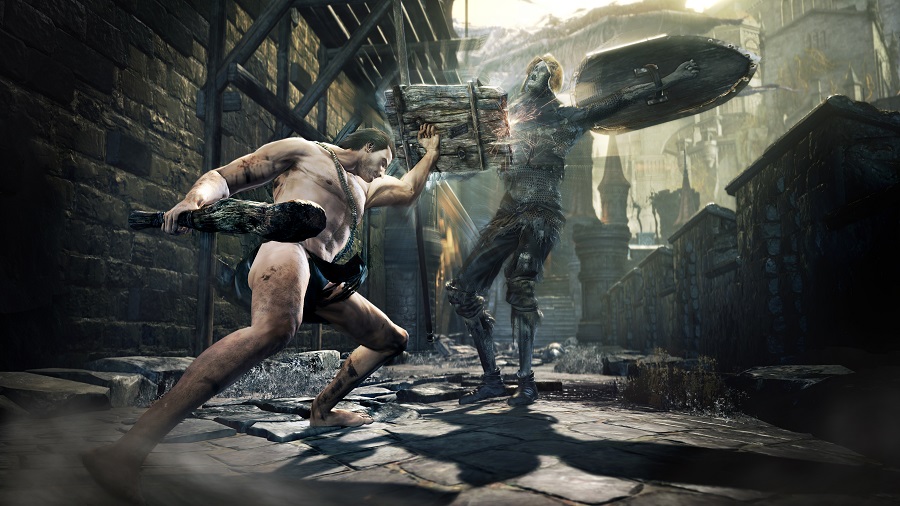 For some, this risk and reward approach is going to be too much and given the ease at which you can be killed means newcomers might have a hard time progressing very fast to the point of getting too frustrated and giving up. There’s quite a wide range of combat approaches on offer though, and when you select your male or female avatar at the start you’re given a few archetypes to toy with. None are set in stone though, and allow for hybrid classes to be formed once you’ve gained enough souls to either pump points into the right attributes or re-spec those which aren’t being utilized. Players can go full armour at the expense of swift movement in combat, adopt ranged spells, or even limit the weight and dodge roll or evade quite effectively looking for counter-attack opportunities. It’s all here and does mean players can experiment a little with what suits their play-style.

As mentioned, the enemies remain in the same locations each time you spawn in (the game resets all enemies when you rest at a checkpoint or die and come back) so there’s an element of learning where they are and taking them out before they get the jump on you. So there is a bit of trial and error but this is all part of the fun and games here. You’ll also encounter a number of screen filling boss characters which are tied to the story (a vague one at that) with a selection of optional bosses to take down as well. It’s not an easy game to follow and bosses don’t take prisoners either until you’ve worked out their weaknesses or come back once you’ve levelled up a bit more. In many cases, the bosses look more intimidating than what they actually are which is a pretty neat mechanic. 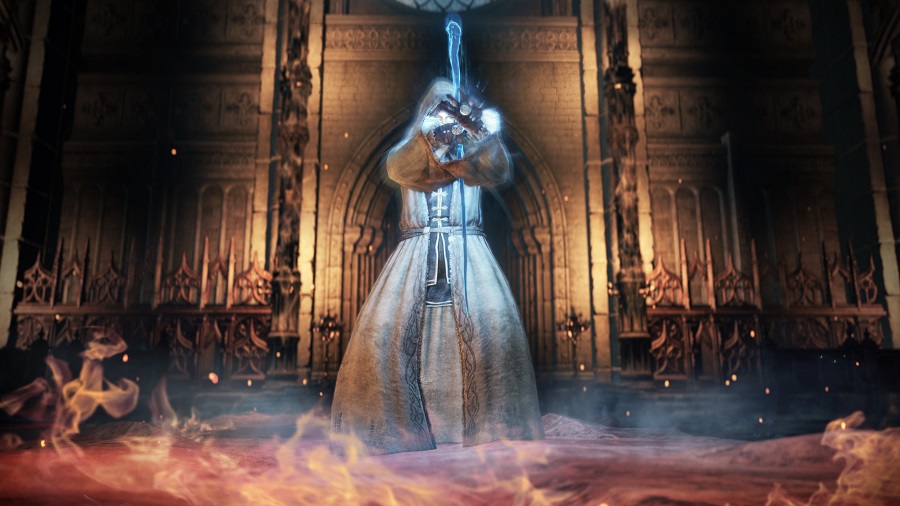 Dark Souls 3 presents some wonderfully rich and detailed Gothic locations and a gaming quagmire filled with shacks and swampy settlements which paints a dark and moody atmosphere From Software seem to have perfected now. The enemies are well designed and come in all shapes and sizes alongside secondary NPCs which can be interacted with. The PC version obviously stands out the most here especially when upping the resolution to 4K but it has to be said, the game runs pretty smoothly throughout which is impressive. There’s no faulting the visuals really even if the character models for the fighters are some of the ugliest we’ve seen – at least we’re not looking at cat walk models maiming and killing which in some ways is quite refreshing. There’s quite the option to tailor the character’s looks at the start of the game but the reality is you’ll be spending little time marvelling at the makeup and how well you crafted said character’s facial features.

Audio is sparse and effective here although in the grand scheme the voice overs are pretty quiet in the mix so you’ll have to either engage the subtitles or pump up the volume on the rare occasions you’re conversing. It’s a minor quibble amongst a game that simply works on the audio front with the adopted mantra, less is more. 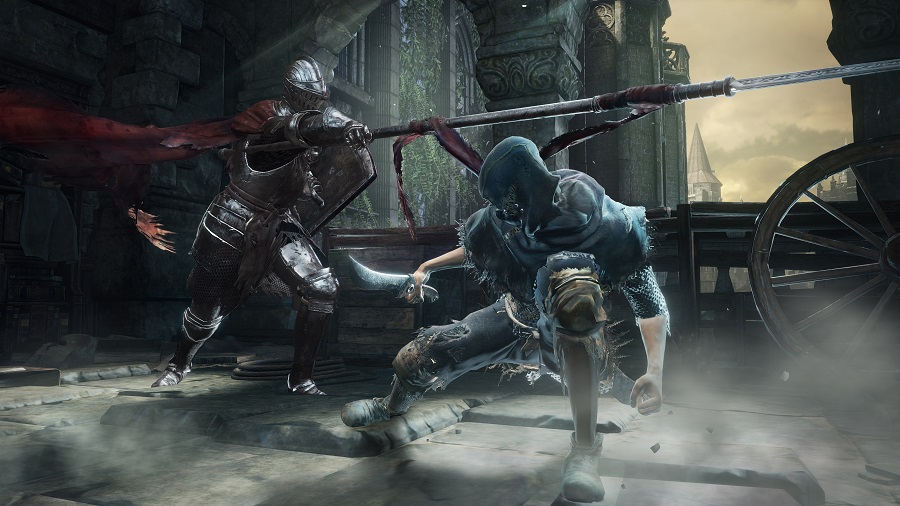 Gamers can sink quite a number of hours into the campaign and depending on skill means you’ll be dying often and just replay sections over and over to gain more levels or just being stuck. The lack of a map does make the game seem more daunting than what it really is and once you’ve mastered a particular area, created some short-cuts you can clearly see the interconnected zones aren’t imposing at all – once you’ve got a bit of confidence that is. There’s options to team up with other player and even go head to head in PVP but the reality is the game feels at its best playing solo and interacting with others through their ghostly images or text messages left as warnings, humour or just abstract nonsense. 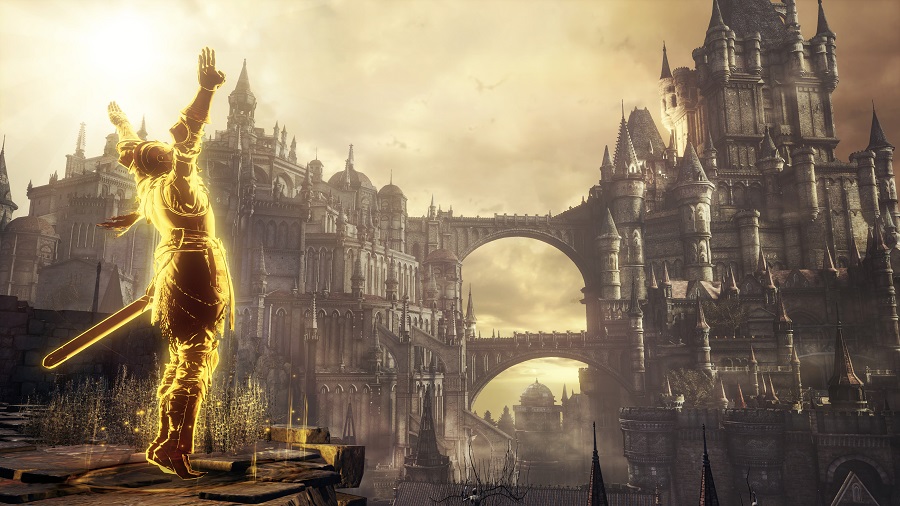 Dark Souls 3 doesn’t stray too far from previous efforts and fits snugly within its bounds which will please fans of the series. However, newcomers are still going to be presented with an unforgiving game to begin with which really only opens up once you’ve gotten over the first few hours. With understanding of how the game wants you to play there’s an easier ride but due to how vague the game can be in its presentation and desires means some players are just not going to get it despite the lure of a promising action experience. So in a nutshell, Dark Souls 3 is an inspiring effort, beautifully crafted with fiendish combat and emergent customization that will sit well with fans or those with patience and an open mind. Anyone else looking for a quick fix experience is going to get their ass handed to them pretty fast with a humiliating sour taste to ponder. It’s an elitist game, and therefore not as accessible as it could be, but for many this is just how they want it, and to be honest why shouldn’t it be.