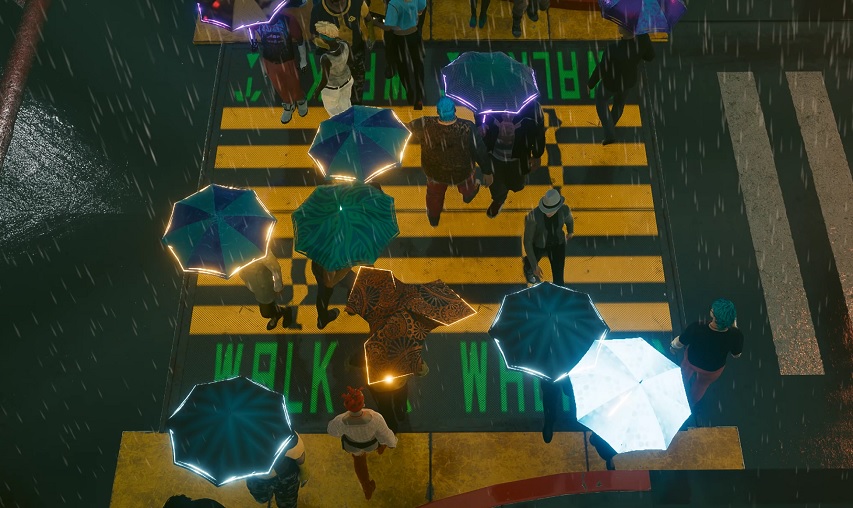 It’s quite incredible it has taken CDPR this long to fix the Cyberpunk 2077 umbrella problem. They [umbrellas] have always been in the game since day-one. You can see them during a specific dark moment with Judy in the main act, where V and Mister Silverhand have a conversation on a balcony outside her apartment (something to do with letting Silverhand have a smoke for the first time). It happens to be scripted raining here, to suit the mood. You will likely then to have seen NPCs walking around with umbrellas at this point during the cutscene using the game-engine, and not many of them on the streets. It was obviously one of many things broken at the time. Well, rejoice, because Update 1.61 brings the brollies back, and better than ever with lots of fancy illuminated designs, including those which show the time of day and temperature of Night City. Just one more element to add to the immersion factor the game needs more of.