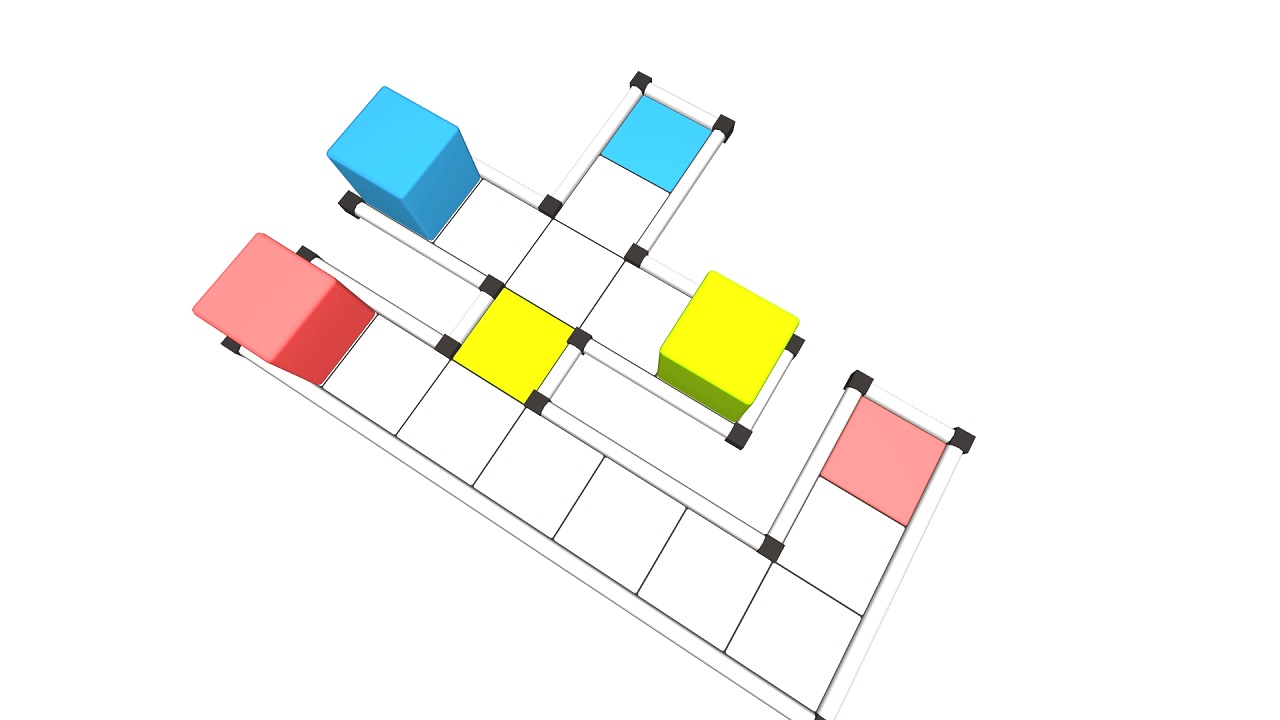 Cubot comes from developer Nicolas Pierre-Loti-Viaud and features some mind bending cube based puzzles on Xbox One and Steam. It’s a fairly simple game to begin but once you progress beyond episode 2 things get a little more complicated. What’s neat about the minimalistic game is that you’re offers some pleasant relaxing music to accompany you and when things do get more involved the relaxing ambience makes for a game you’re not likely to throw the controller at the wall in frustration, or at least you shouldn’t.

Cubot requires players to move colour coded blocks onto their relevant coloured floor panel which sounds easy enough and it is when you first begin playing. You can rotate the camera, pan and zoom to get a better view and movement with a singular block is easy as pie. Progression comes from 8 levels per episode and with these completed in X number of moves there’s a challenge to beat the par number of moves or not (depending on your skill). If you’re struggling, there’s no penalty for taking as many moves as you like and what’s neat is being able to go back and try again to beat your score if desired. 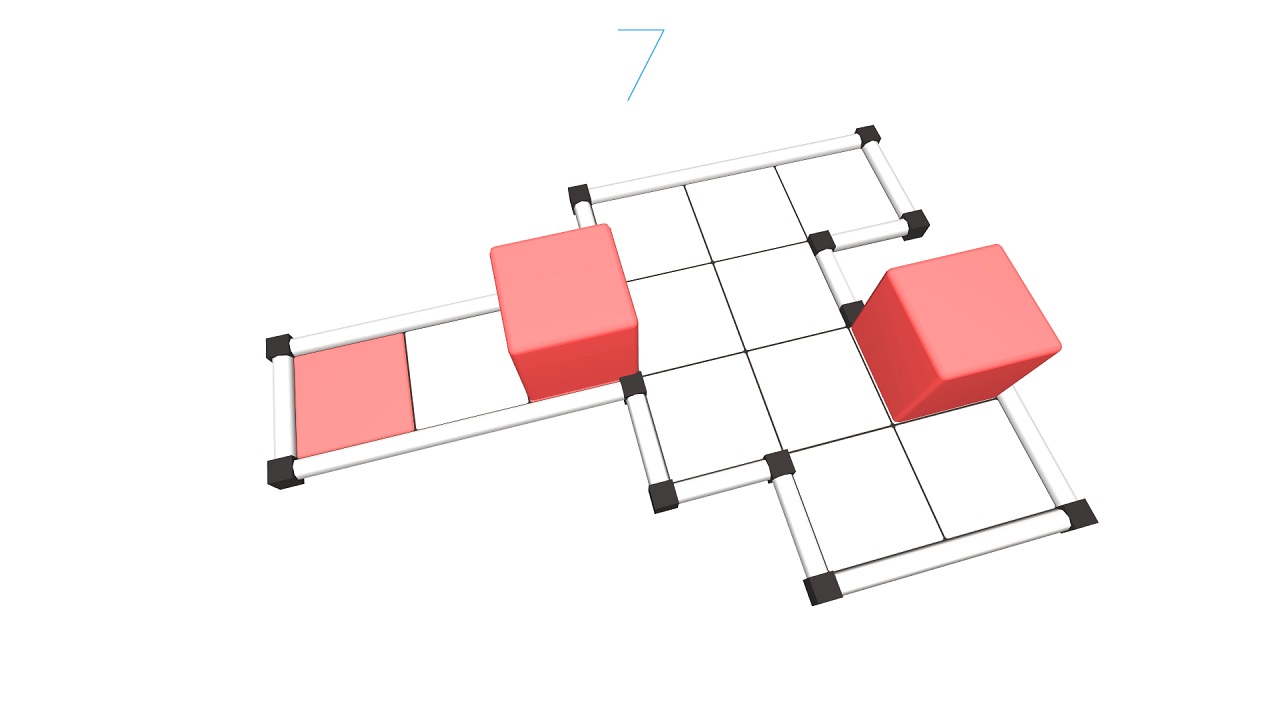 The real challenge comes into play when the floors split on two levels and introduce ledges and switches. Then there are more colour types to navigate which have their own movement parameters. Once you’re faced with multiple colour blocks across several levels you can begin to see how taxing the game can be. It certainly beckons you to keep going with the aim of sussing out the puzzle and moving on. Whilst you can get stumped persistence and lateral thinking pays off – if this doesn’t work then if you’re truly royally stuck there’s an option to use up limited cubots to reveal the solution. 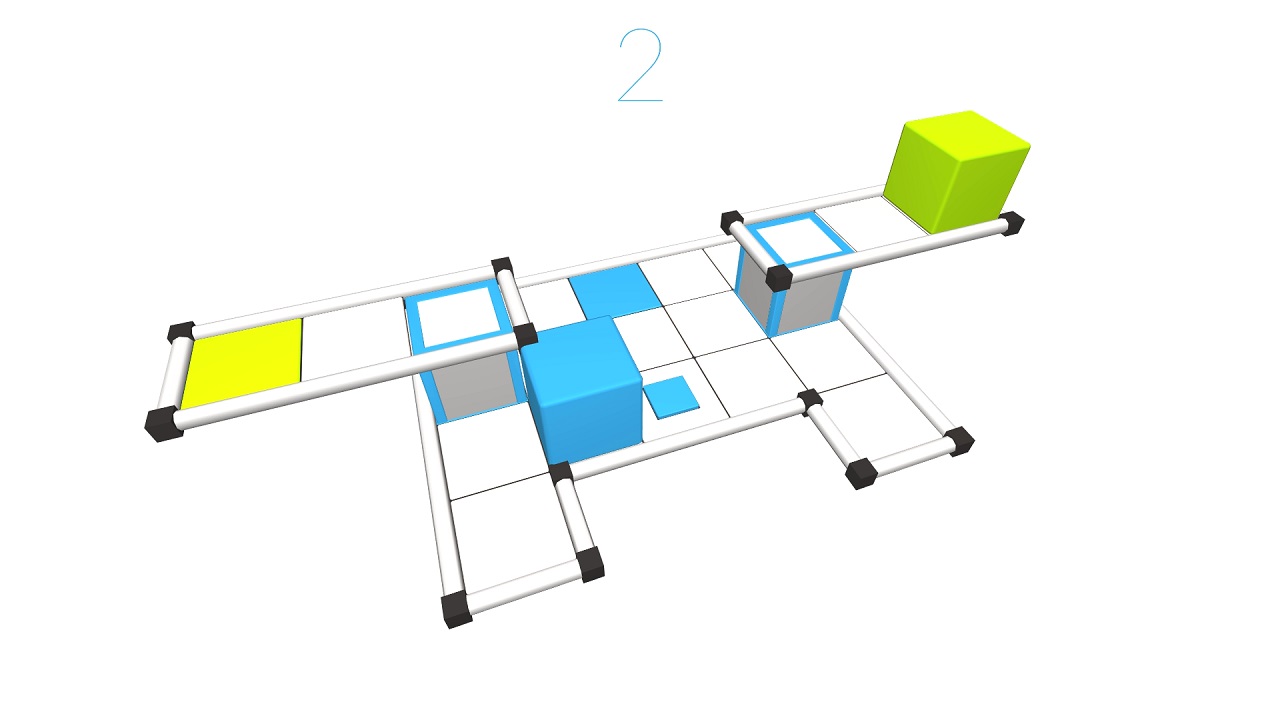 Cubot is a simplistic looking game which doesn’t feature any bells and whistles and just focuses on the pure action of solving the puzzles. It’s easy on the eyes and ears and doesn’t really need any distractions to be frank. There are 10 episodes to complete with each containing 8 stages but in reality completion can take quite a number of hours depending on your puzzle solving skills. 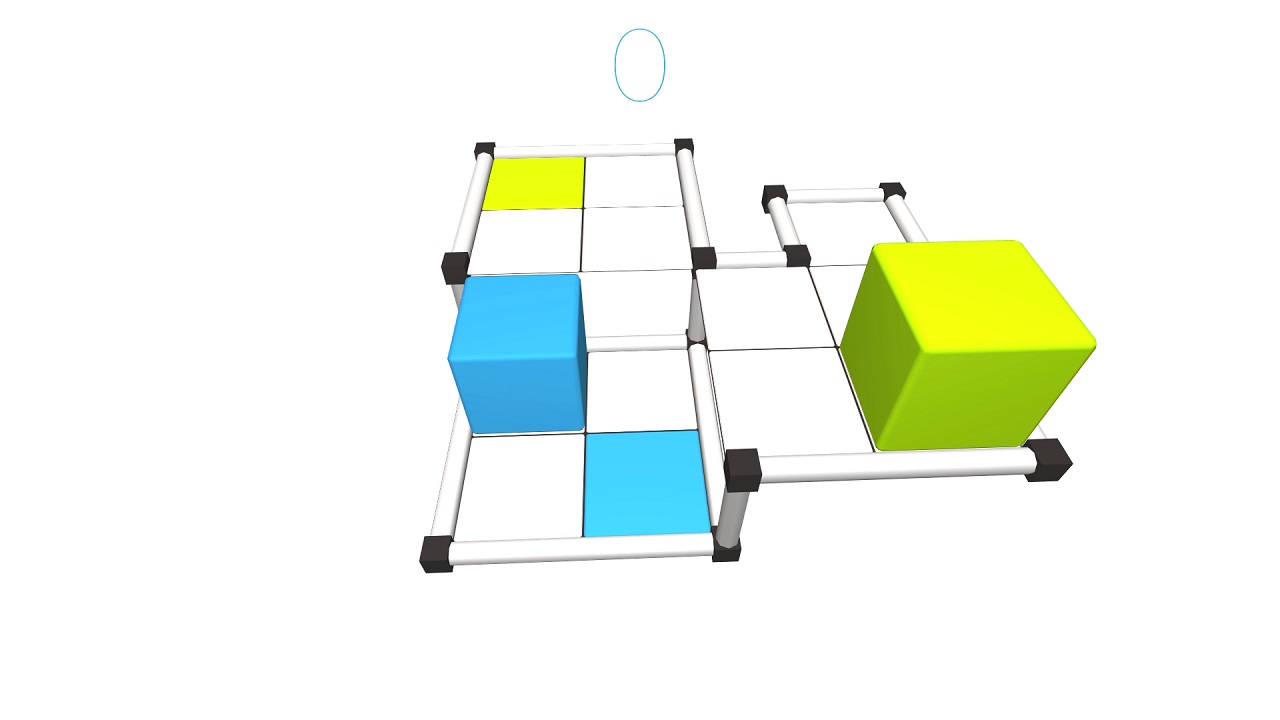 If you’re a fan of puzzles and mind games then this is certainly a neat distraction with its cool and calming musical tones and ease of play. It’s cheap to purchase as well which means it’s good value for money if you’re looking to keep the grey matter exercised and see it through to its conclusion. If you’re lacking in patience though this isn’t going to win you over and perhaps the puzzle approach won’t gel well. Going in with expectations to be challenged or seeking to be tested and you’ll find a cool little game here that’s worth its asking price. In this case, simplicity is its best asset.