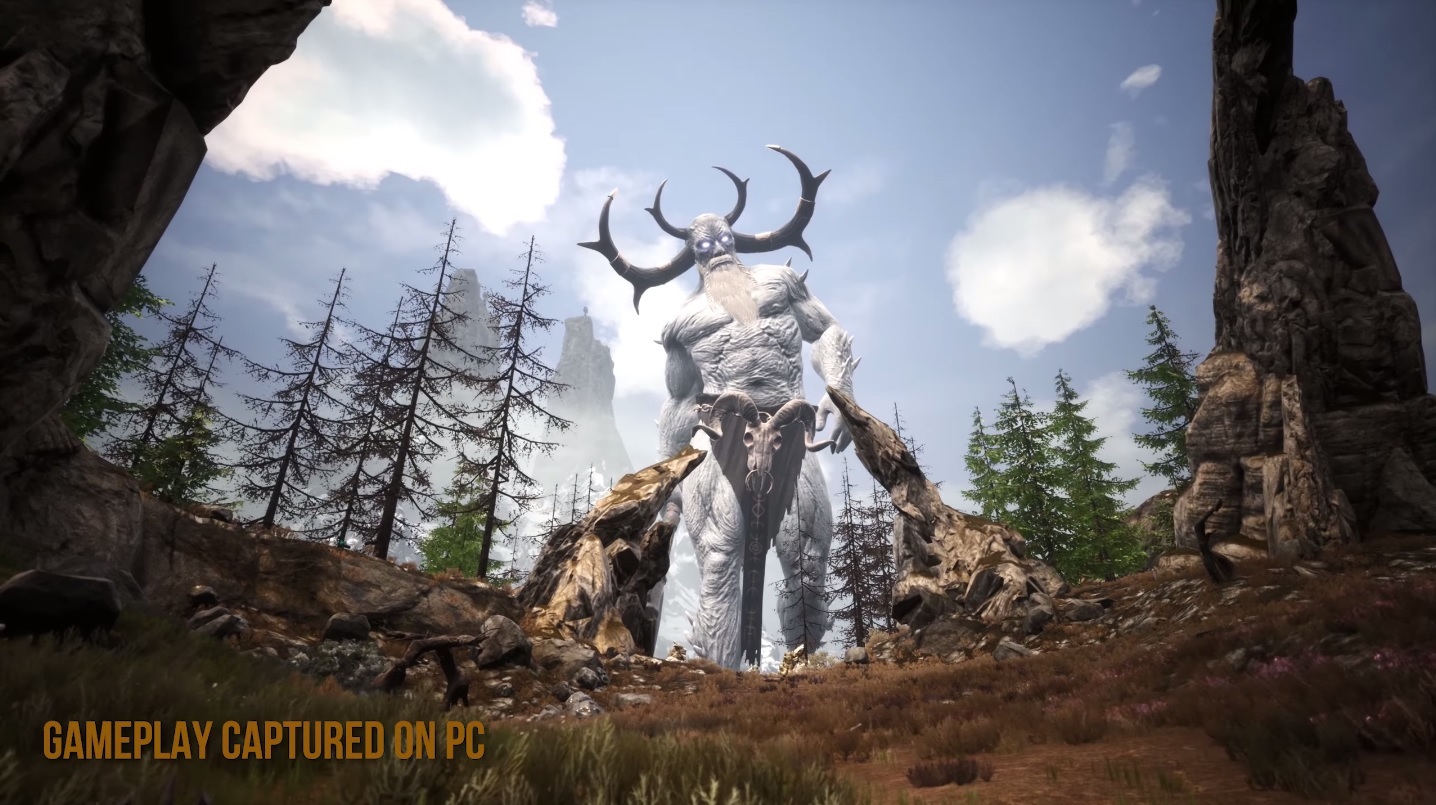 Conan Exiles – THE FROZEN NORTH free expansion update is OUT NOW on both PC and Xbox One, take a look at the launch trailer.

The Frozen North is a huge, new expansion update freely available to all Conan Exiles players on both PC and Xbox One. It ushers in the second stage of the Conan Exiles Early Access adventure, introducing an entirely new environment to explore, new features, and many new improvements to core aspects of the game. Conan Exiles is now bigger and better than ever before!

Far to the north, a vast new land has been discovered. A cold and rugged landscape where snow-capped mountains and dark, haunted forests stretch as far as the eye can see. Here, between the desperate howls of wolves and thundering footsteps of Frost Giants, the beating of kettle-drums can be heard as savage tribes of northmen worship Ymir, their Lord of Storm and War.

Now you must journey beyond the burning sands of the Exiled Lands and survive, build, and dominate in this cold new world full of danger and opportunity.

• WEATHER AND TEMPERATURE: In the north, rain and snow can make you freeze to death and in the desert, the burning sun can be equally deadly. Make sure you dress for the weather to stay cool or warm. Camp fires, torches, drinks, and more can also help you control your temperature.

• NEW BUILDINGS AND RESOURCES: Harvest new resources such as star metal, black ice, and more. Build new homes and entire cities with all new building pieces and furniture, and make sure to use the right materials to either keep your home warm or cool.

• NEW RELIGION AND AVATAR: Dedicate your work and worship to Ymir, the Lord of Storm and War. Summon his avatar and use his giant battle-axe to crush your enemies!

• NEW ENEMIES: Encounter towering Frost Giants, hungry wolves, aggressive mammoths, and many other new enemies. You must also go head to head against new dungeon bosses such as Tyros the Deathbringer.

• BREWING AND COOKING: These two new crafting systems lets you brew different drinks and cook up a variety of juicy meals. Make mead, wine, absinth, bug soup, demon blood sausage, and more. You can even trap fish and practice beekeeping!

• BETTER THAN EVER: The expansion update brings with it a host of improvements such as better combat, better artificial intelligence on human enemies, and more. This is in addition to the 28 updates worth of additions rolled out over the past six months including climbing, siege equipment, avatar defenses, dying system, and much more!

• NEW ARMOR AND WEAPONS: Find and craft three new material types: Star Metal, Black Ice, and Hardened Steel. Equip many new kinds of equipment, including the Vanir Fur Armor that will protect you from both cold temperatures and enemy strikes!