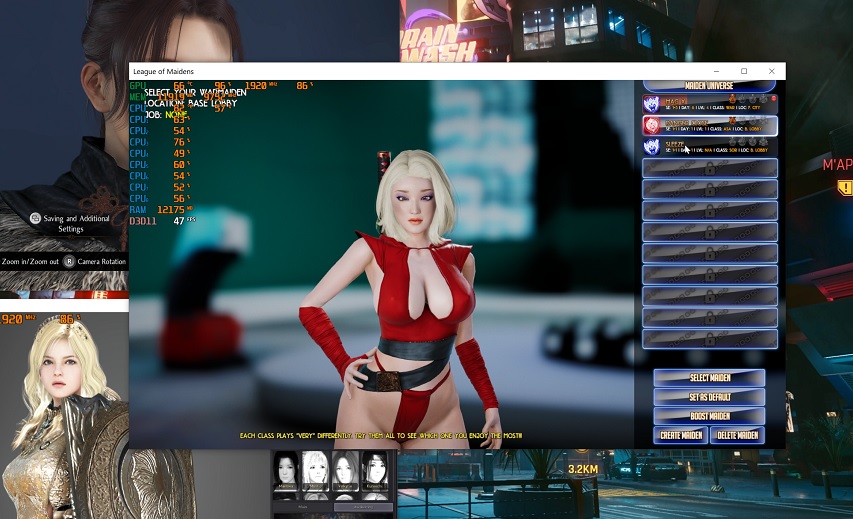 Here we take a look at four games from various developers three from East Asia, and one from Europe. We look at the character customization in the four games running at the same time using an RTX 3090 i9 9900K combo. We compare and contrast the character customization tools in Nioh 2 Complete Edition (AS), League of Maidens (AS), Cyberpunk 2077 (EU) and Black Desert Online Remastered (AS). Each game running at max settings although displayed windowed at 1080p (ray tracing disabled in Cyberpunk 2077). Which of these four games offers the best character customization settings? We think Black Desert Online offers the most comprehensive tools despite being the oldest game out of the four (first released in 2015). That said, each one has its own unique visual style which makes them stand out from one another.

See more in-depth looks at each games character creation options in the videos below.