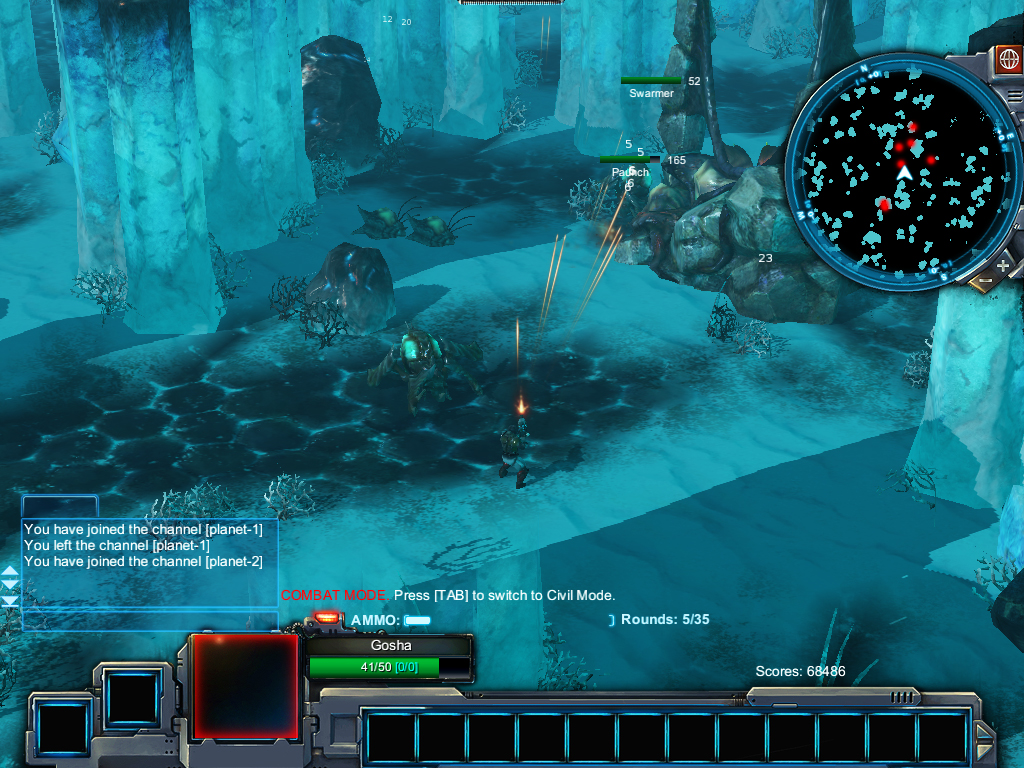 Take a look at this rather cool trailer which showcases the features in the forthcoming Colonies Online from Iron Bit.

Colonies Online is a game world consisting of a great number of planets each with an area of thousands square kilometers. Game objective is to gain a foothold in the developed areas, either making headway single-handedly or creating enclaves with other players. Players united in an enclave can build colonies. Colony is a place where researches are conducted, equipment and resources are stored. Therefore, it is likely to become subject to intense interest of competitors. Overtaking a colony is a great opportunity to weaken the enemy as well as loot trophies.

The game’s philosophy is expressed in this statement: “Everything in the game is created by players themselves”. All in-game items are made by players through crafting system. In Colonies Online characters do not advance in level but obtain professions as sets of certain skills. The tree of professions and skills is also determined by the player. The game becomes spicier in open PvP mode, with opportunity to arrange battles of up to a hundred players at a time.

– one universe composed of a great number of planets;

– game field of a planet is measured in thousands square kilometres;

– opportunity to participate in large-scale battles.

Additional information on the game: