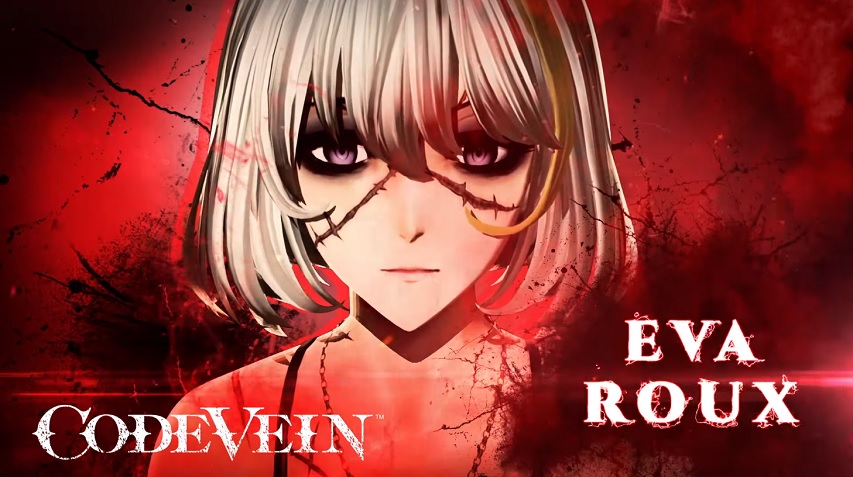 Bandai Namco recently released their new IP Code Vein to the masses after a release delay, numerous public tests and demos. With the full game finally here is it worth picking-up?

Most interested parties probably played the demos and garnered a decent appreciation for what the game offers already. The full-game doesn’t deviate too-far from the gameplay in the demos. To begin a fantastic set of customization tools exist to capture a unique look for your male or female Revenant character. Interestingly, as you play an option to change the looks further at any time is a neat-touch. Players can spend hours here adjusting accessories and mixing-up colours or simply opt for a default and dive-in. The starting selection is actually pretty decent with a pleasant assortment of styles. Although they all fit a very Japanese anime template.

Code Vein is all about customization beyond the looks of your avatar. The whole game revolves around choosing weapons that suit your style and equipping the right-skills and equipment to develop those. Players earn new blood-codes which offer their own unique set of skills. Use them continuously to level them up enables usage across other blood-codes. Eventually, players have a bank of skills they can interchange rather easily to suit whatever the game throws at you. Whilst somewhat complicated at first, becomes quite intuitive further into the game. Alternatively, you can ignore all of that and just stick with the blood code that suits your play-style and develop the skills that come with that. Sure, you’ll miss out on some decent passive skills but the game remains playable without forcing the player to adopt this meta game of mix-and-matching.

The core gameplay hook relies on entering maze-like levels (yes they really are like mazes) in search of specific vestiges or memories. Once opened, these vestiges present a slow scene where the player character views still models of the past and relevant dialogue. Luckily there is an option to skip these frustratingly slow-paced moments.

Aside from the story, players lunge through the levels defeating bosses and hacking away at an ever-present assortment of minion characters. It’s Souls-Like and therefore means you gather haze which enables you to level-up your character at special Mistle points (bonfires). Once you connect with a Mistle, you teleport back to base where you can upgrade and interact with NPCs (even swap your AI companion) . Doing so resets all the enemies killed so you can farm these areas to not only gather haze but level-up the blood-code skills. As with an Souls-like game, if you die your haze stack remains unless you die again in the process of attempting to retrieve it where you last fell. There’s nothing particularly original about the gameplay loop here.

The combat itself is satisfying, relying on a mixture of dodging and an unusual method of drain attacks (so you can continue to unleash your skill based attacks and buffs) and counter-attacks. Depending on the weapon used, will affect the movement speed and stamina regeneration of the character. Some enemies fall rather easily, but others strategically placed take chunks off your health. Some learning of the levels is a requirement. Boss battles exhibit even more chaotic moments where lock-on attacks will counter your rolls and even expert timing might not be enough to win through. Still, they are fun and ultimately satisfying when they eventually go down revealing more of the story. Interestingly, there are quite a number of them so don’t expect an easy ride through the game. Although that said, the game overall does feel quite forgiving with some bosses falling rather easily. You can expect to die quite often but not in the way where it’s a continuous stream of restarts. In this regard Code Vein is quite accessible.

Looking at the visuals and audio elements, and Code Vein offers diverse and interesting themed locales. Most look bathed in the remains of a war, but in general offer pleasant areas to explore. There are some great attention to details especially in the interior locations such as moist and glistening surfaces in caves. Enemies come in all shapes and sizes too with neat monstrous designs to suit. There’s quite a bit of variety here as well which is good. Audio is also of a high standard although the music feels less-impacting and more subtle or subdued. The character voice overs offer generally expected performances but your character is mute. This approach whilst understandable given the customization options leaves many a cut-scene devoid of feeling as a result. A massive shame for the game’s story.

In terms of length, there is enough game here to keep most die-hard entertained for many hours. You’re looking at between 30-50 hours and beyond when venturing into new game+ and receiving all the endings. Players can team-up in co-op with online companions or play solo with an AI partner. For greater challenge they can ditch the AI and go it alone. Getting 100% for each area does take time and requires multiple visits.

To conclude then, Code Vein is an enjoyable Souls-like hack and slash game. Whilst its combat might not be too-complex it remains fun all the same – think Phantasy Star Online. With pleasant visuals and a semi-interesting story tying it all together Code Vein is a recommended game for action role playing fans. With more updates and extra planned further down the line, it’s also worth investing in for the long-haul support.