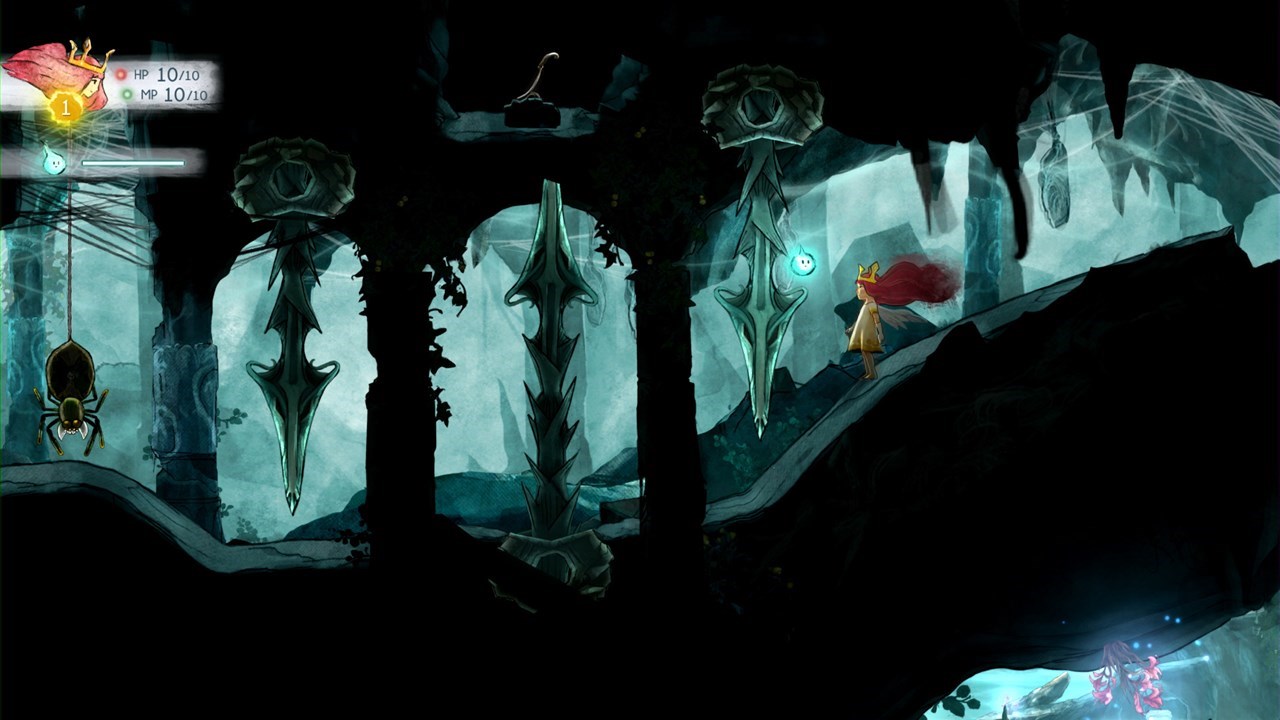 Child of light tells the story of a small girl and daughter to a Duke named Aurora who happens to be dead and seeks a way to come back to life after falling into an unknown nether realm called Lemuria which is filled with wild monsters and friendly faces. The story is told through rhyme and begins quite tame as the gameplay is carefully introduced to the player. At heart, there’s an old school style turn based role playing game on offer here where players fly through the levels in 2.5D,  search for chests, enter peoples homes all the while completing chapters of  a story which sees Aurora joined by several weird and wonderful companions.  It’s a neat excursion which despite its colourful storybook looks does offer some compelling gameplay as nod to times past. 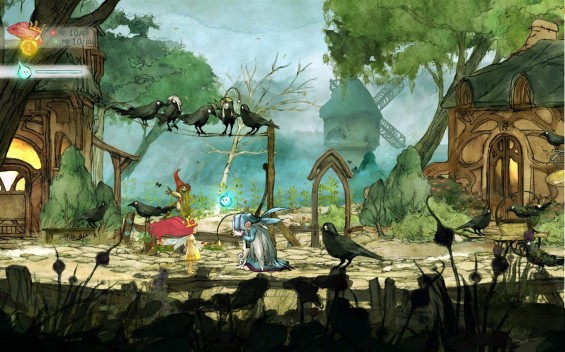 Encounters happen not by way of random flashes but by bumping into enemies which can be seen before battles begin. This allows players the chance to sneak behind and get a surprise attack, although due to the level design this isn’t always possible. Once battles have been initiated then it’s a case of waiting ones turn to unleash either melee or magic attacks. With the inclusion of more characters being added to the party, there’s a neat system of being able to swap characters during battle to make use of their unique abilities, which adds a refreshing tactical element to the game. Along side this there are craft-able  oculi gems which can be fitted to weapons and armor adding elemental abilities to attack and defense and thus making for more tactical moments as enemies mix up their vulnerabilities, especially later on in the game.

Aside from a regular assortment of beasts and monsters, Aurora and company come up against some boss characters which add a bit of spice to the game and are often fairly easy to dispatch once their weakness are worked out. What has to be stressed when I was playing is how much you have to use each character to suit the given scenario, simply sticking with the strongest character won’t work.

After each battle players level up if  enough experience is gained and this can be transferred into a skill tree system which offers several routes to take and opens up better versions of existing attack or defensive moves. It’s a really easy system to get to grips with which means getting on with the story rather than spending an age fiddling about with stat ridden menus. 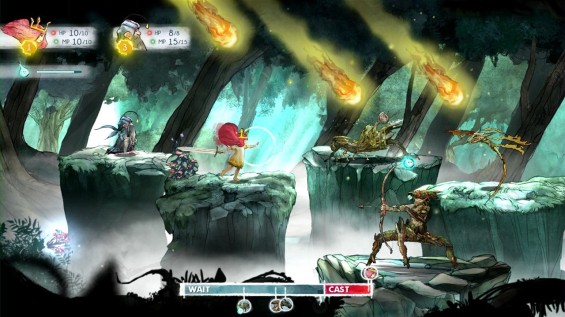 Child of Light boasts some gorgeous looks which continually blew me away despite being quite simple, but having a tone that was well fitting with the fairy tale nature of the game. The looks are perhaps the game’s greatest asset and feature an abundance of artistic flare that can’t be faulted. My only gripe were the odd moment of losing where I was supposed to go to next, but then again, exploring off the beaten track did have its rewards with power up items and treasure chests.

What I found most striking about the game was the lack of spoken voice which is pretty much only reserved for the narrator who chips in at key intervals. All the other dialogue and banter between characters is text based which felt like a step backwards in this day and age of refined voice actors lending their talents to video games. Aside from this, the music made me feel quite relaxed when playing and simply isn’t intrusive at all which is a good thing considering how little voice work is featured. 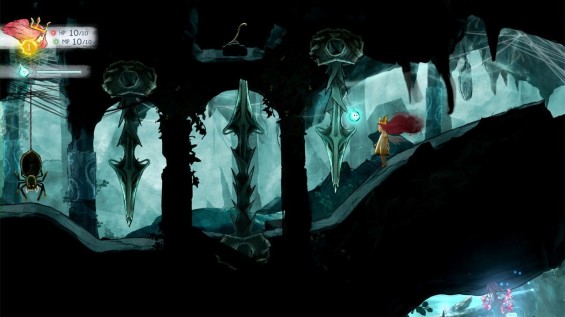 I’ve enjoyed Child of Light which despite its looks appears to be aimed at a younger gaming audience but is not when you actually play. There’s quite a bit of tactics involved especially when using the side kick character Igniculus to slow down enemies during battle to give your characters a few more turns or interrupt enemy attacks.  Sadly I did not try the co-op where one player can control Igniculus, but I can imagine this is quite good fun as both players marvel at the game’s compelling looks and engrossing but playful story.  The game nods at old school RPGs which I found quite refreshing, but I can see this might not be suitable for those who prefer a bit more hands on play.