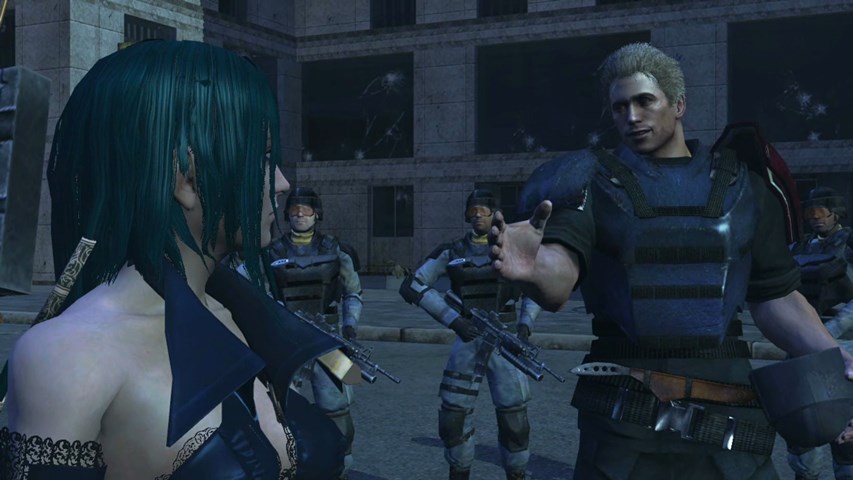 I have fond memories of the original Xbox 360 Bullet Witch game coming from developers Cavia and releasing in 2007. If my memory serves me correctly it was a no-nonsense third person shooter with a feisty female lead fighting off hordes of demons. Interestingly Marvelous Inc has decided to unleash the game on PC now in 2018 at a reduced price and including all the costume and DLC extra missions. I think it’s safe to say this move is geared towards a niche audience as the original game didn’t spawn a sequel and to be frank was a fairly average affair. Can I recommend this latest release then which I’m sad to say releases on the day the review embargo lifts which usually spells disaster.

To recap a little, you play as the almost silent protagonist Alicia the witch who replaces her broomstick with a massive gun. I will state for the record there is no flying about here Harry Potter style. In fact, aside from an assortment of offensive spells you might be mistaken in thinking Alicia is just a tough as nails gal. The world has been overtaken by demons who have wiped out most of mankind, leaving a few fighting back and Alicia somewhere in the middle aiding those forces to suit her own agenda. I found the story to be quite tame and not really gripping me but I guess this isn’t the focus of what is on offer here. 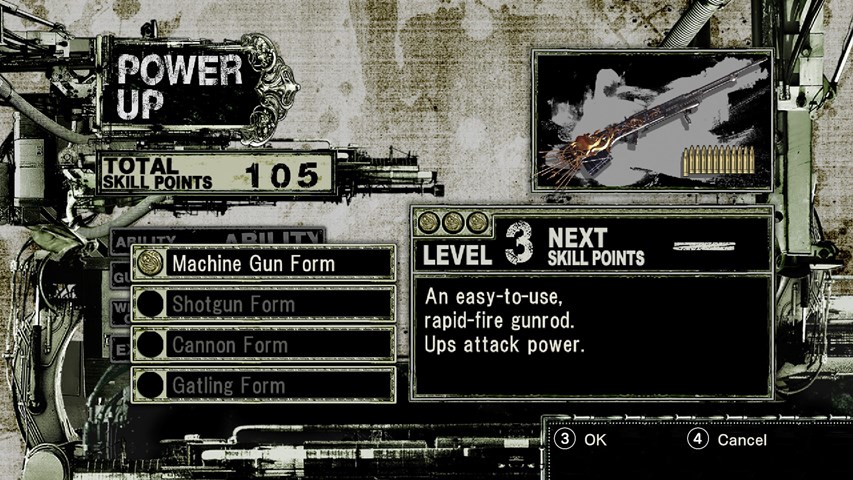 Basically your task is to wander around the levels shooting anything that moves, dodging incoming fire and unleashing spell attacks. Progression is often blocked off by colour coded barriers which require you to hunt down their corresponded color coded brain demons which float above the ground and hurl large obstacles at you such as cars. Yeh nice and friendly. Sometimes the game doesn’t tell you where to go and at other times is quite helpful which means you can be wandering around looking for a specific entrance to the next area or enemy to unlock it. This can be a bit of a pain and I found the lack of consistency here annoying. Also be wary of over-powered sniper demons who can sometimes one hit kill through objects. In fact they are designed to one hit kill which adds a bit of pressure to what is essentially quite an easy game on default. Huge hulking bosses and sub-bosses fall pretty easily as well which makes the snipers unusually the most threatening enemies in the game which is an odd choice. 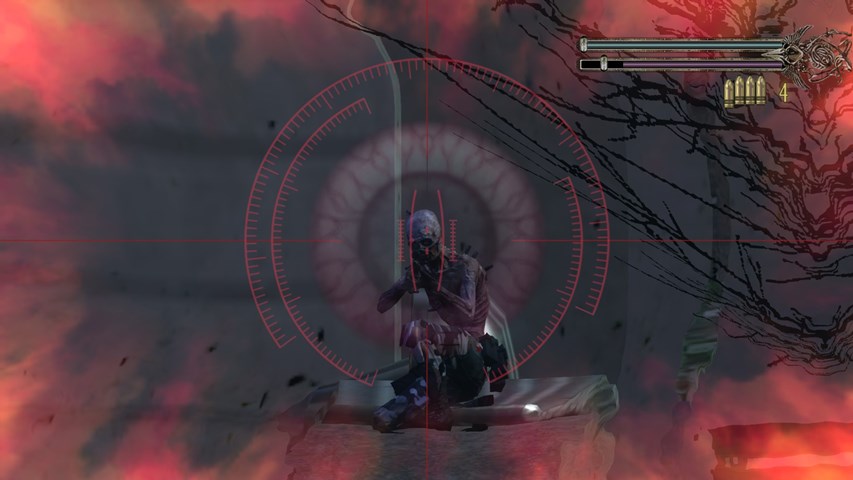 The gun play is reasonable although I found the aiming controls (using a gamepad) to be a little too oversensitive on default settings – you can actually opt to use mouse and keyboard if that is preferred. There are points to be earned from completing levels and these can be used to purchase more attack spells, upgrade them, upgrade health and magic or buy variations of the basic gun weapon such as shotgun, gatling gun etc. To be fair I found it a breeze on default setting to upgrade the basic machine gun and let rip with that throughout the six missions in the story mode. I suppose it’s good to have options for those wanting a different approach.

Bullet Witch offers the main story mode which can be completed fairly quickly, and then a selection of DLC missions which can be replayed and use your score to challenge others on the leader-boards. In all there is a reasonable amount of content but for me personally I would not wish to pay much more than £15 for the pleasure. So in this regard I think Marvelous has done the right thing with the low price point which reflects the content. 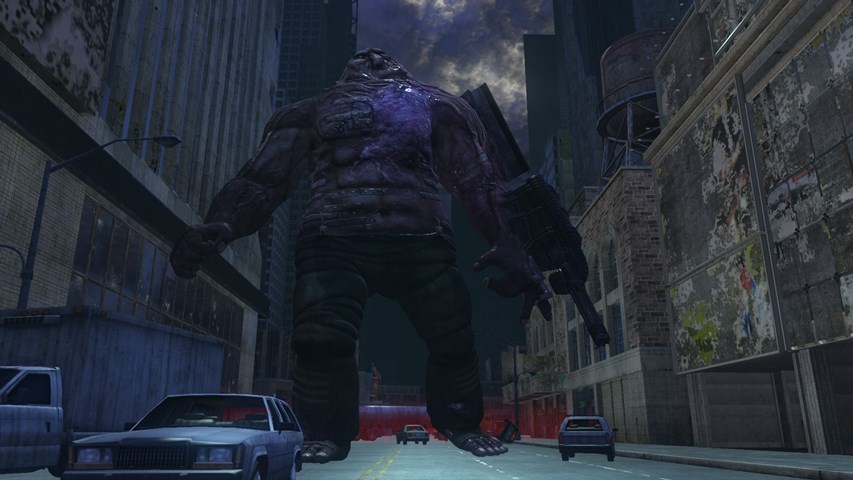 I found the visuals to be quite dated here although I couldn’t boost the resolution to 2160p (4K) as the options only allowed for 1440p. Perhaps this will be addressed in a patch. If my memory serves me correctly this version looks marginally better than the Xbox 360 game but then again still uses some basic low resolution textures for the scenery. Alicia and the demon opposition do look like they have some more detail than before which is pleasant. There are some wonky physics as well but at least once the Meteor spell is learned you can actually trash the entire level including yourself which is always good for a laugh.

In all, Bullet Witch’s low price is its savior because this is not a remake and feels quite dated if I am being honest here. I did find it mildly fun though in a warped nostalgic way. I think it’s interesting of Marvelous to revive this not so classic game, but if more people can appreciate its charms then why not. Can I recommend it fully? That’s a tough one because really it is quite a basic game and although there are extra costumes and missions, in the grand scheme it’s a bit of an oddity. If you have some curiosity about a 10 year old game being reborn with no expense spared then sure dive in as it won’t break the bank, just remember to lower your standards a little.