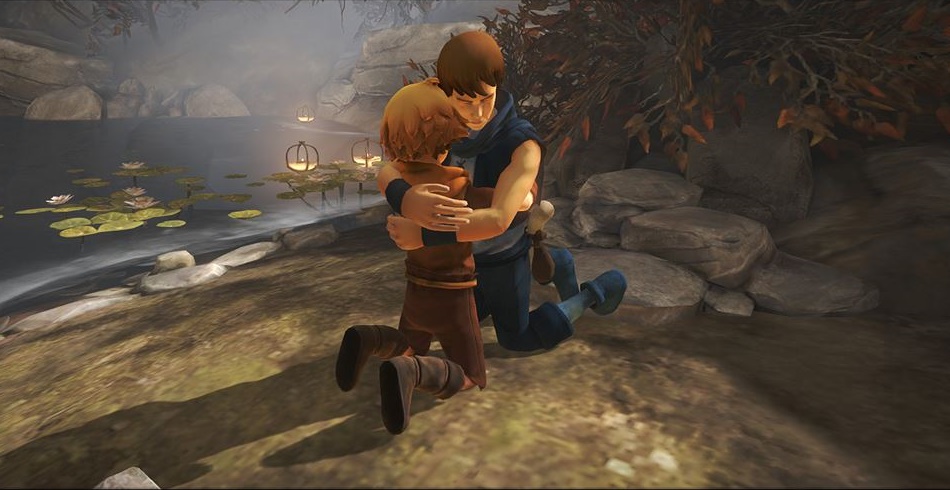 Sometimes you miss out on games that were previously released on other consoles or platforms and if they are good enough we’re lucky to get them re-released. That happens to be the case with Starbreeze Studios’ gem from 2013 called Brothers: A Tale of Two Sons which was released on the Xbox 360. The studio took mature themes and ported them directly into the game to tug at the players emotions even if they are the most hardcore Call of Duty player on the planet. It is rare to have a game that emits this type of feeling that when it gets a hold of you there is no putting it down until it is done. The question is does this story still stand strong a couple years later and will players want to revisit after they’ve already played? 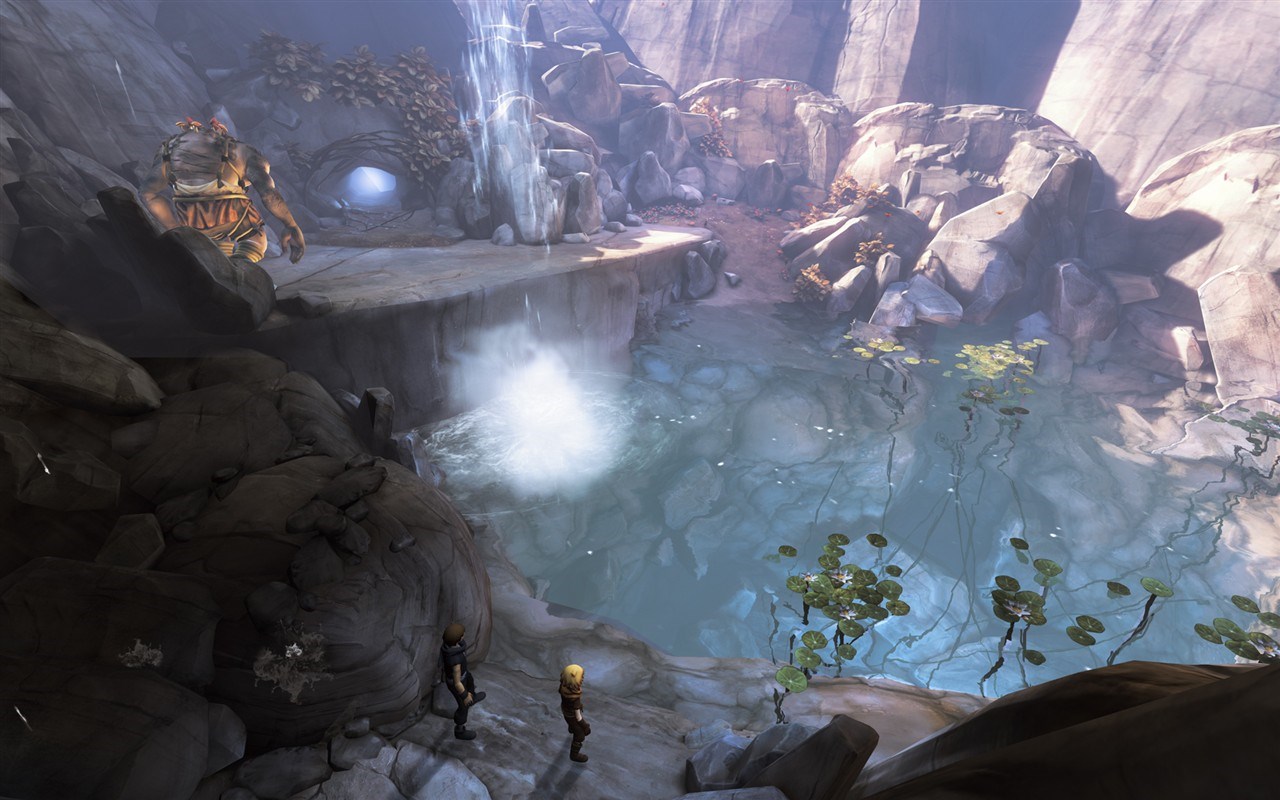 Brothers: A Tale of Two Sons starts on a very sad note as the younger brother witnesses his mother drown in the ocean while he is helpless to save her. As this flashback moment ceases you find yourself in front of her gravestone and hear the older brother calling for help. Their father has fallen ill, so they load him in a cart and take him to the town doctor. This is where you get a taste of the unique, but simplistic controls that make you work in a tandem for the rest of the game to solve puzzles and make it around obstacles. Each analog stick controls the movement of one of the brothers and the right and left triggers are used as interaction buttons for the corresponding analog stick (Right side is for big brother and left for little brother). It is a little tricky at first, but as you progress through the easier stages you’ll find the dual controls are unlike anything you’ve ever played. 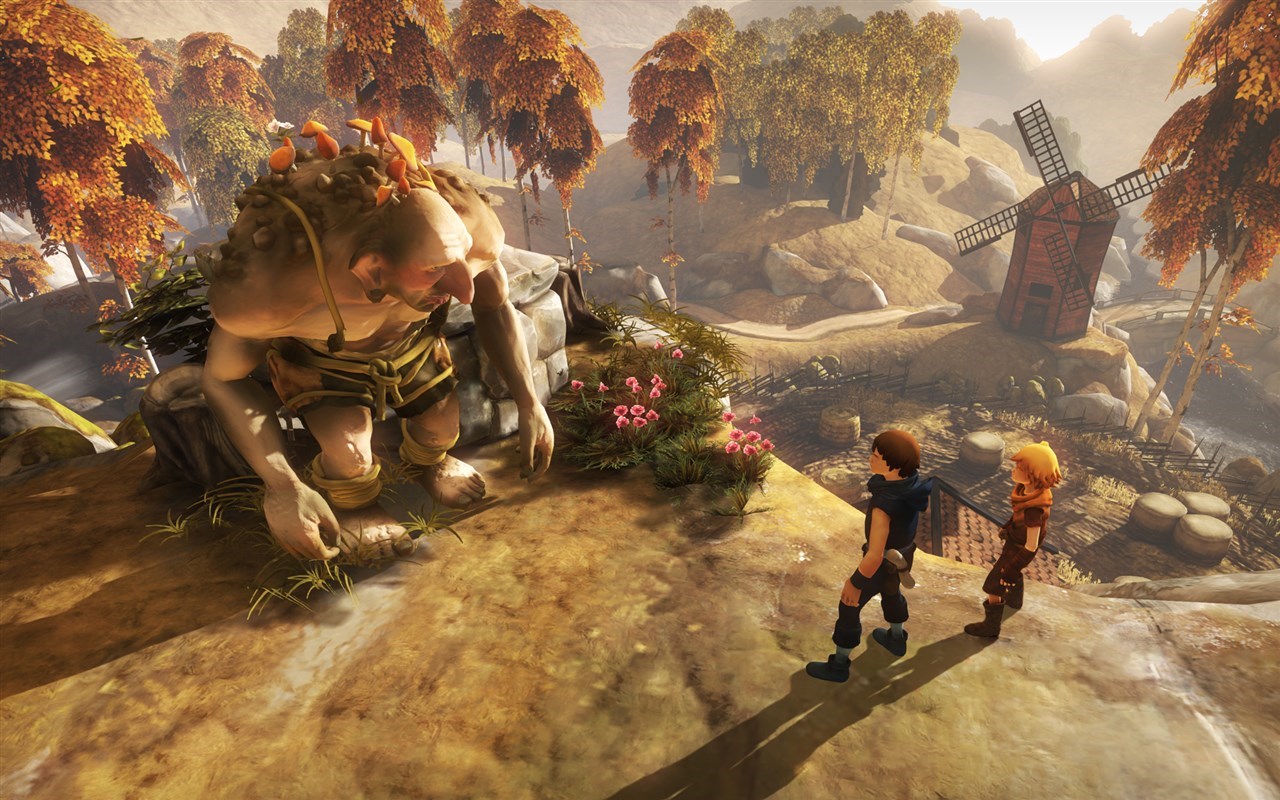 After going through a few puzzles that really introduce you to the basic mechanics of the game you arrive at the town doctor who tells you that the only cure for your father is water from the tree of life. You’re given a map and set off on what seems to be a quest through small rural towns and climbing up mountains, but the further away from home you venture the stranger and more dangerous everything becomes. The worlds vary from underground caverns where you must evade capture from trolls, to crossing through a battlefield full of fallen giants, to icy waters teaming with giant, mutated orca that have tails that look like a cat of nine tails whip. Each of the environments gives you something fresh and new to pass through testing your skills to work as a team. The Xbox One version looks exactly like the Xbox 360 version which is strange for a re-released game, but the visuals are still stunning without the upgrade in resolution. 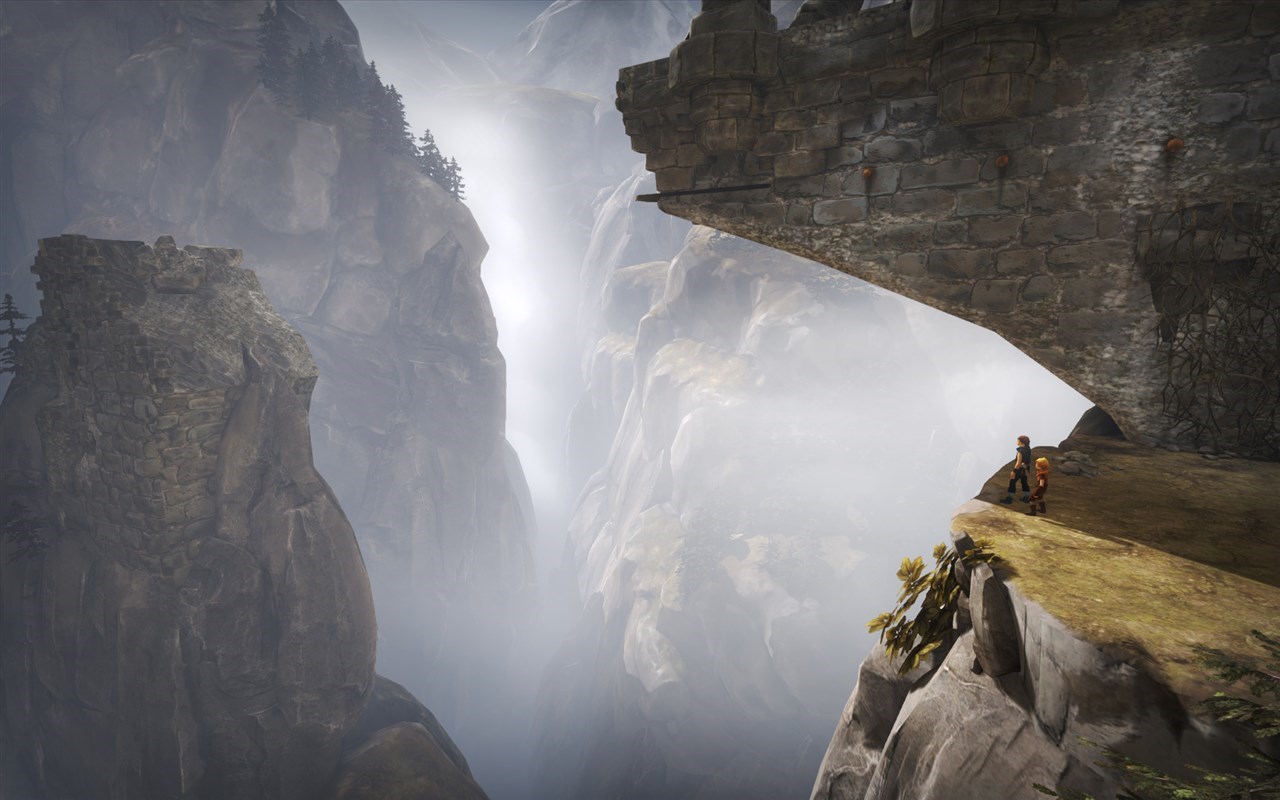 As the story progresses the brothers have to confront issues like mortality and family unity which draws you deeper into the game. I won’t spoil the ending, but as you come to the conclusion after the 2nd chapter things may not end “happily ever after.” Their lives balance between life and death constantly until the dramatic conclusion that it is hard to put it down (even to write this review). The soundtrack of the Brothers meshes all the emotions into a melody and sets the tempo of each chapter. Voice acting is nothing more than grunts and incoherent words, but that really isn’t needed to convey each situation because the body language is superb. There isn’t much replay value after you’ve completed the game, but achievement hunters will have an easy time retracing their steps to knock out that 1k gamerscore. Xbox 360 owners won’t find much different between the newer version except some bonus artwork and a narrative walkthrough. This isn’t much to warrant a repurchase for the multitudes; however the Xbox One is the superior version just for those few added bonuses. 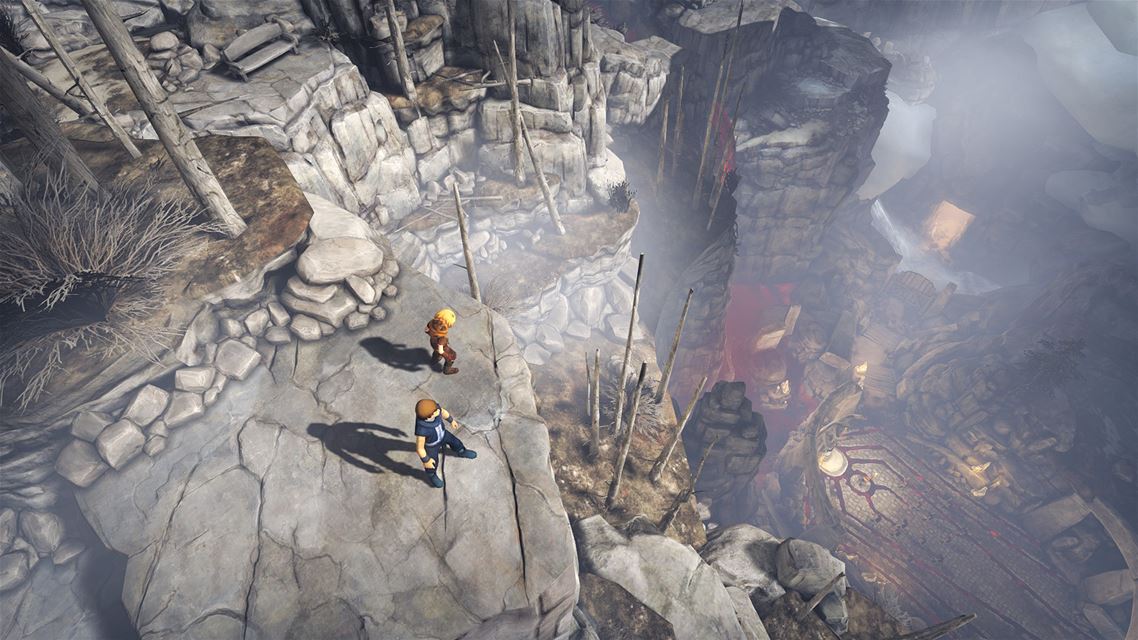 Brothers: A Tale of Two Sons is definitely worth a space on your hard drive even if it only takes 5 hours to finish everything. Those who have purchased previously may skip it and not really miss that much, but if you’re new to Starbreeze Studios brilliant and emotional game you won’t be the least bit disappointed. The unique control scheme used to conquer puzzles and navigate throughout the game is so fun and fresh you’ll wonder why anyone hasn’t thought of this before now. Visuals aren’t up to par for next gen, but are still splendid and the audio really ties the entire package together. The real life emotions and situations are something that are hard to come by in a videogame and make this a must have for those looking for a story driven game.