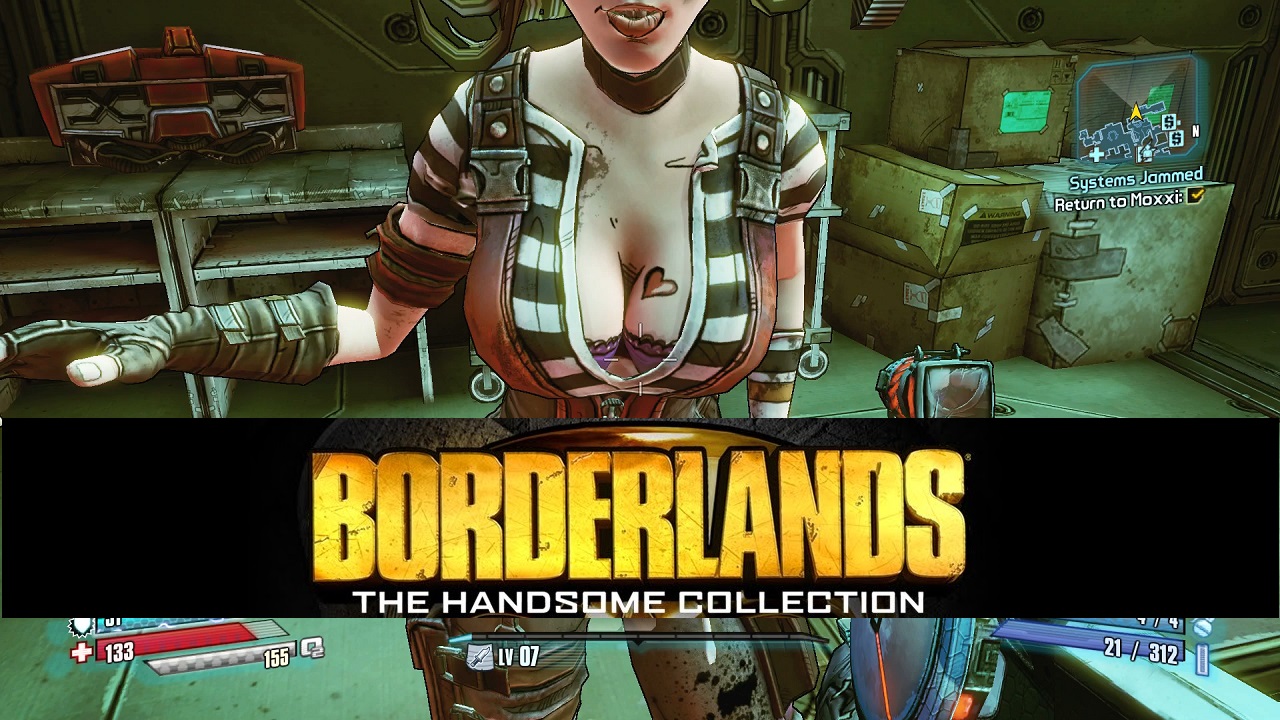 We look at Gearbox Software’s Borderlands The Handsome Collection bundle which arrives some years after the original Borderlands 2 game and not long after Borderlands The Pre-sequel. With two games rolled into one, local and online play, transferable saves and featuring all the additional content, is this a worthwhile venture on Xbox One and PS4? Take a look at our review for the full picture.

Today we’re taking a look at Gearbox Software’s Borderlands: The Handsome Collection which released on Xbox One and PS4 recently and comes complete with the 2012 Borderlands 2 (with expansions) and Borderlands: The Pre-Sequel which released in 2014. Sadly to make the collection complete there’s the omission of the original Borderlands game which is a shame, but at least with these two games that tie in with each other as far as the story goes, means you’ll get lots of bang for your buck regardless.

Being honest there’s not too much complexity when it comes to the stories in both games which serve as an excuse to act as a vault hunter and simply kill any opposing forces with a variety of guns and specially abilities. In a nutshell, across the two games this is what you’ll be doing set in open world environments. Throw in a bit of vehicular combat and you’ve got a veritable playground of relentless action.

Perhaps the biggest issue with having both games easily accessible at the same time is the fact that when played back to back or swapping from one to the other there’s perhaps too much similarity in core mechanics. A sense of repeating the same tasks in a different location sets in and the word repetitive has to be mentioned here. This is despite the fact The Pre-Sequel spices things up with laser based weapons, low gravity environments, a lack of air supply, extra moves and more character classes to choose from. Perhaps it’s understandable then why the original game wasn’t included lest players overdose on the games witty comic book style and become burnt out.

That said, there’s a neat contrast between the two games environments with Borderlands 2 offering a more icy western flavour against the lunar madness of the Pre-Sequel. Missions tend to come thick and fast and will often take some time to beat once you get past the basic tutorial style openings. Players have to think on their feet and make sure they are of suitable level before undertaking each mission as being underpowered makes progress difficult rather than impossible and with some neat gun-play on offer is always an engaging ride. In this regard, the Pre-Sequel is a little more forgiving with its respawning where progress is maintained to a degree.

Both games offer some pleasant remastered visuals that lean towards comic book detail as opposed to realism which works well for the series in general. There’s a vast selection of larger than life characters to interact with which means you’re constantly meeting someone new whether that’s a friendly ally seeking assistance – normally requiring you to fetch items and do all the grafting – or one of the many boss characters who are well designed and make for welcome opposition. You can’t really fault the visual style here as it looks great with a reasonable high frame rate and sharp edges. However, the Pre-sequel suffers from incredibly annoying screen tearing which isn’t limited to a few locations but present throughout most of the game. This is a real let down and devalues the package in its current form.

Audio is of a good standard in a tongue in cheek way and it’s interesting to see the contrast between the characters across both games where The Pre-Sequel has a more Australian flavour due to where the game was developed. Sound effects are solid as is the sparse music which kicks in at opportune moments.

In terms of playtime, the games feel endless especially when played back to back. You’ve got hours of levelling up to gain skills and untold side missions, challenges to dip into outside of the main missions. Whilst the game is perfectly fine as a solo experience, there’s the option to go co-op with up to three other players both locally or online making the game come alive as a shared experience. The onus on finding better weapons is an underlying theme and a motivation to keep pressing on if you’re this way inclined.

Borderlands: The Handsome Collection joins a growing list of remastered games for current gen consoles and is a welcome game but is plagued by performance issues which really need to be addressed in The Pre-Sequel portion of the package. There’s lots to do here which although does get repetitive is something players can dip in and out of without too much depth of story for some condensed moments of sweet shooting action – solo or with friends. If you’re a fan of first person shooters and can stomach a more open ended game which doesn’t rely so much on over the top set pieces, then you’ll find much enjoyment here.