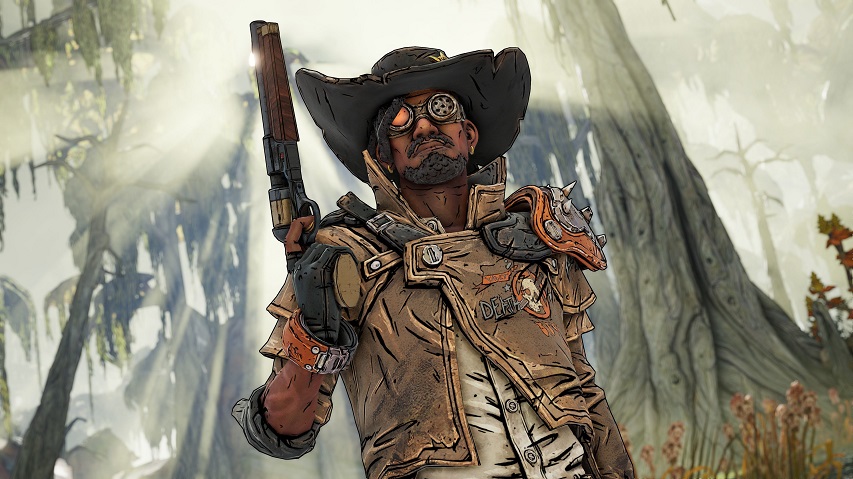 We take a look at the recently released Borderlands 3 Director’s Cut which is available now for consoles and PC. This latest DLC add-on (which requires the base game to work) will set you back £11.99 which you can part with now or wait for a sale. We put the new content through its paces to determine which is the best course of action. Take a look at our Borderlands 3 Director’s Cut review for the full low-down.

Today we’re taking a look at Gearbox Software’s Borderlands 3 Director’s Cut which recently became available for consoles and PC. The damage is £11.99 but what do you get for that price of entry. In a nutshell, this DLC adds a rather neat set of murder mystery missions culminating in a mini-raid boss encounter, some new cards to work through (although only one is available as of now), a new varkid raid boss to contend with, some bonus behind the scenes content and finally some related gear to don for your vault hunter.

Slight disclaimer here, before diving-in to the Director’s Cut content, we started Borderlands 3 main game from scratch using the siren based character Amara. We play solo, so our experiences are based on that. Obviously, Borderlands 3 features co-op play which to be frank might be a preferred way to play this. In retrospect after attempting to tackle the Director’s Cut raid boss solo and only just beating the Seer boss we can see why co-op is perhaps the better option.

First things first, the Murder Mystery missions with character Ava at the helm. After masses of battles and running around various planets in the main game, these podcast style missions are actually pretty welcome. They have a slightly different nuance to them where you play detective and search for clues before chasing down the culprit. As expected, you will come up against plentiful opposition at times, but it’s not just a full-on shooting fest. The missions take place on the same planets as the main campaign (Pandora, Promethea, Eden-6, and Nekrotafeyo) rather than new locations but due to their investigative nature feel somewhat fresh. Each mission lasts approximately 15-20 minutes of which there are four missions available. The last culminates in a mini-raid boss type encounter with the Seer character. Now, we were around level 38 which is quite low and managed to beat the Seer after several attempts. It’s a neat fight but does feature a boss that regenerates health if you don’t shoot her helpers and scatters your vision with all manner of effects. This boss is a bit of a bullet sponge though and might take a much longer to beat depending on what build your character is and what level you are. Still, it was a pleasant surprise to have such a powerful being to contend with.

The second main piece of content for this DLC is the Hemovorous the Invincible varkid raid boss. Admittedly, we haven’t bested this character yet. Once you pay the 500 Eridium price of entry (that’s correct, you cannot fight unless you have this) you enter a small enclosed area with no means of escape. Cleverly, you begin by killing the lower forms of varkid which hatch and get stronger after so many kills. As you can imagine, this is a mixture of aerial and ground based attacks. Once you have worked through the varkid ranks, Hemovorous the Invincible appears with a whopping health bar to boot. Unfortunately, playing this solo with Amara wasn’t easy and it’s probably better to tackle this boss with some co-op partners. If you do defeat the boss, then you are promised some of the best loot in the universe. Whoopie!

Players can also work through a new vault card with two more coming later this year which is a little odd not having the content available right-away. Still, there is some new gear to work towards if that is your calling. For our tastes it’s not something we bothered much with aside from unintentional completion of tasks via normal play.

The final addition to this DLC is from the main menu where you can take a peek at a selection of behind the scenes content such as artwork and videos. Again this is nice content to have if you are interested but not really something players should pay for.

Now to the crunch. Is Borderlands 3 Director’s Cut worth it for its asking price? There are two perspectives here really. On one side having just spent in excess of 35 hours playing through the main game, the new content didn’t matter much and perhaps there might be an element of Borderlands burnout or fatigue. If it wasn’t for this review, there was still plenty to go back to with the base content. So, for newcomers it’s not an essential addition to the package as far as we are concerned. However, on the other side, those players who already invested X numbers of hours and in need of more content will find the additions interesting but perhaps a little on the pricey side considering how long it will take to see it all (2 hours or less). Therefore, it’s hard to recommend fully to both camps at the current pricing unless you have deep pockets or just have to play anything new as soon as it releases. That’s not to say the DLC wasn’t fun to play. It is good content but generally more of the same within the sprawling Borderlands 3 universe. It would have been nice to perhaps have some new locations for the murder mystery missions and a less linear path or more investigations as a series. Even better, additional missions spanning multiple planets. As it stands, Borderlands 3 Director’s Cut is a neat inclusion but it might be better waiting for a price-drop.