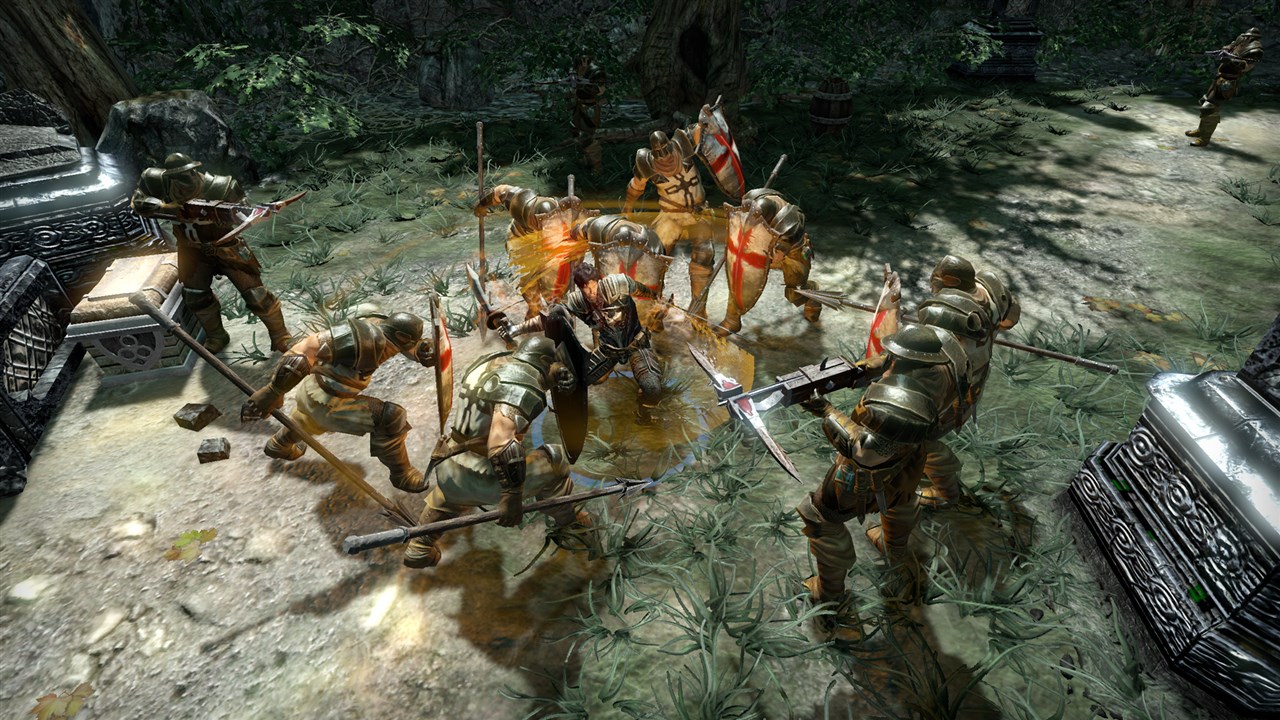 In Blood Knights players summon the finest warriors of the realm and battle  against the dark threat of the vampires. The game costs £11.99/€14.99/$14.99 and will also see a retail release on November 29th.

Blood Knights is a hack ‘n slash action – RPG, where the age-old war between humans and vampires is out-of-control and threatens to plunge the world into the abyss. The game combines spectacular combat with RPG elements in single-player or co-op mode. Blood Knights is developed by Deck 13 interactive, who have made a name for themselves with such titles as ‘Venetica’, ‘Jack Keane’ and ‘Ankh’. Set in a mystical version of the Middle Ages, Blood Knights is an exciting story about the Knights Templar and a legendary Vampire Hunter who finds himself bound by blood to the powerful vampire Alysa during a daring mission. The two must work together to break the blood spell and defeat the hordes of evil creatures who stand between them and their goal.