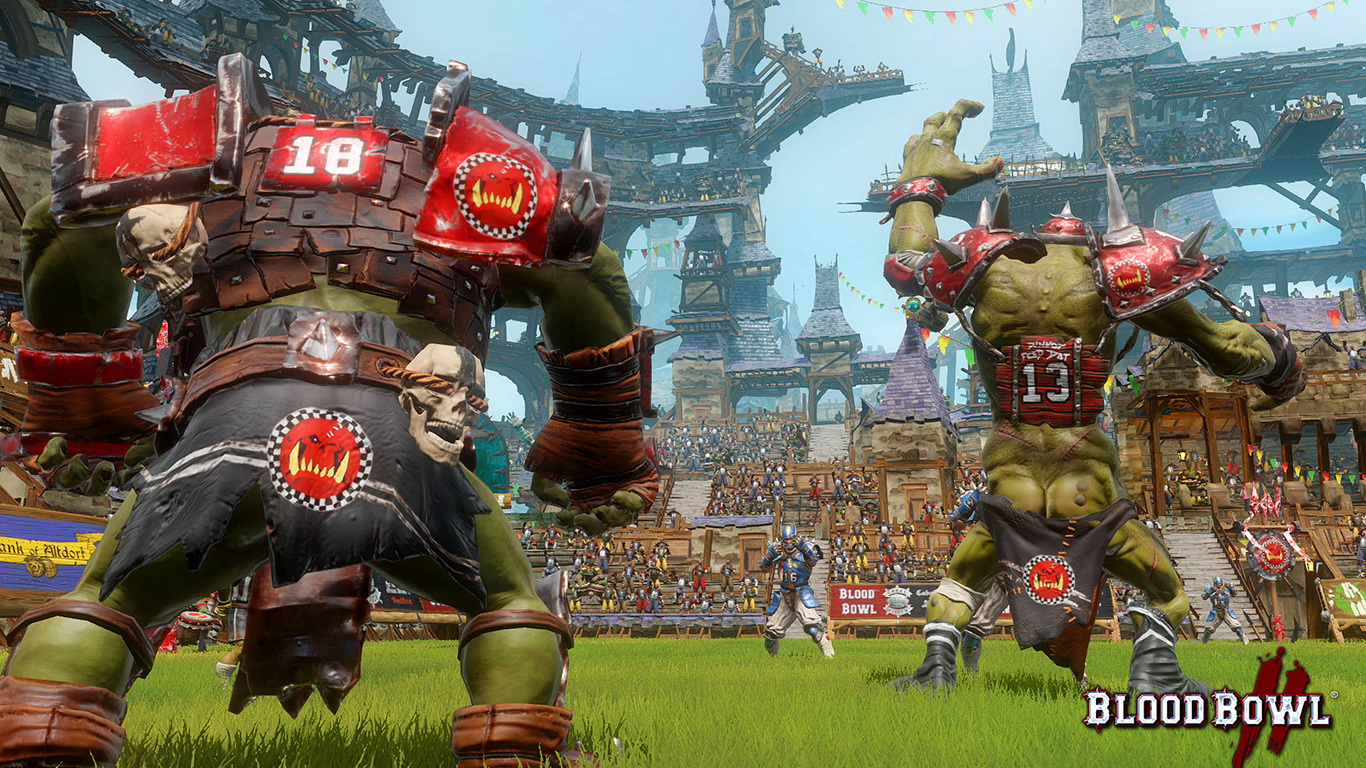 Focus Home Interactive released a new Blood Bowl 2 gameplay video which takes a look at the Bretonnian team jousting. The game is currently available for pre-order via Steam which grants access to the Beta which is running as we speak. The full game will release on September 22nd 2015 on Xbox One, PS4 and PC.

The beta of Blood Bowl 2, the sequel to the video game adaptation of Games Workshop’s famous board game that combines American football with the fantasy world of Warhammer, has launched! Players who have pre-ordered the game on Steam (official release on September 22) may already start playing and test their strategies in multiplayer, as well as against AI in one-off matches.

Join the many players already playing, and create your teams from the races currently available in this beta: Humans, Orcs, Skaven, and Dwarfs. All customised multiplayer leagues as well as teams created during the beta will be preserved… so you may start leveling up your favourite team without any regret! When the game officially launches on September 22, the other races will be made available, including the Bretonnians, who are showing-off their jousting talent in today’s gameplay video!

Bretonnian teams are geared toward fighting. They benefit from very skilled Blitzer players and dirt cheap linemen boasting respectable characteristics and the Fend skill. Blitzers are their key players, and any action undertaken by Bretonnian teams will revolve around them. While Blitzers are indisputably fantastic Blood Bowl players, they are also very expensive. They are necessary for any action carried out by their team, with other players mostly there to provide them with support. Strong yet still rather fragile compared to more bashy teams, Bretonnian team also lack agility, impeding their passing and running game.

Matching their skillset, their hiring fee is also exceptionally high, and they will only ever join your team for a single match. However, if you can spare the Gold to afford hiring one (or even two!) of them, they will be worth the hiring cost, as they might very well turn the tide of the match, all by themselves.