Irrational Games has today announced the release date for its BioShock Infinite: Burial at Sea – Episode Two downloadable content for Bioshock Infinite. Gamers will be able to return to the depths of Rapture through the eyes of Elizabeth from March 25th on consoles and PC platforms. The downloadable content will be offered seperately for $14.99 but can be purchased as part of the money saving season pass.

BioShock Infinite: Burial at Sea – Episode Two is built almost entirely from scratch by Irrational Games, the studio behind the original BioShock and BioShock Infinite. The narrative of this add-on content pack concludes the storyline of BioShock Infinite and Burial at Sea, as seen through the eyes of a new player character, Elizabeth, and features all-new stealth-oriented gameplay, as well as new weapons and modes. 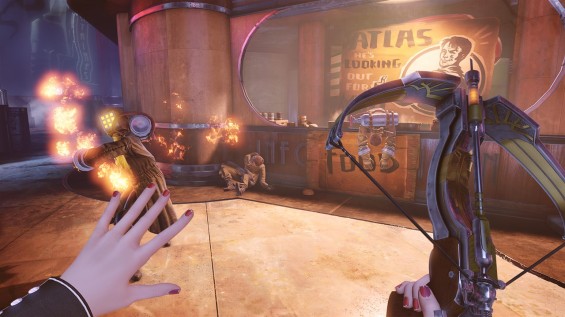