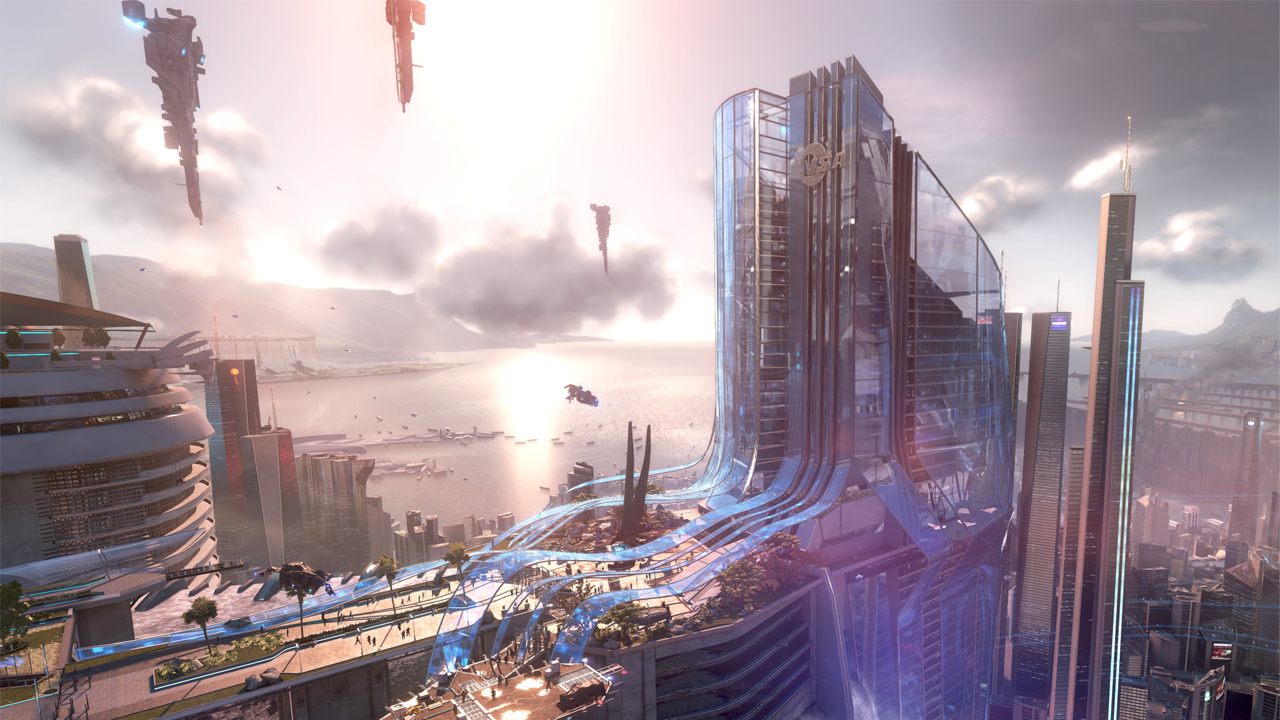 When Killzone Shadow Fall was first showcased to the public at the Playstation exclusive event in February last year  and then at E3, gamers were wowed by the excellent looking graphics that became a showcase for the PS4 system. The demo certainly did the rounds with an appearance on the Jimmy Fallon Show amongst other places and became quite mainstream. Well six months on from when the PS4 and Killzone Shadow Fall released into the wild, we take a look at the same section of the game and look closely at the graphics and effects used which weren’t really focused on in any detail before. Without using technical terminology, we simply focus on the special effects and details that players are likely to glance at and miss when rushing through the game playing in a normal manner; proving that there’s some excellent design choices and fancy techniques used to great effect. Take a look at our The best PS4 Graphics Effects – Killzone Shadow Fall 6 months on video for the full picture.