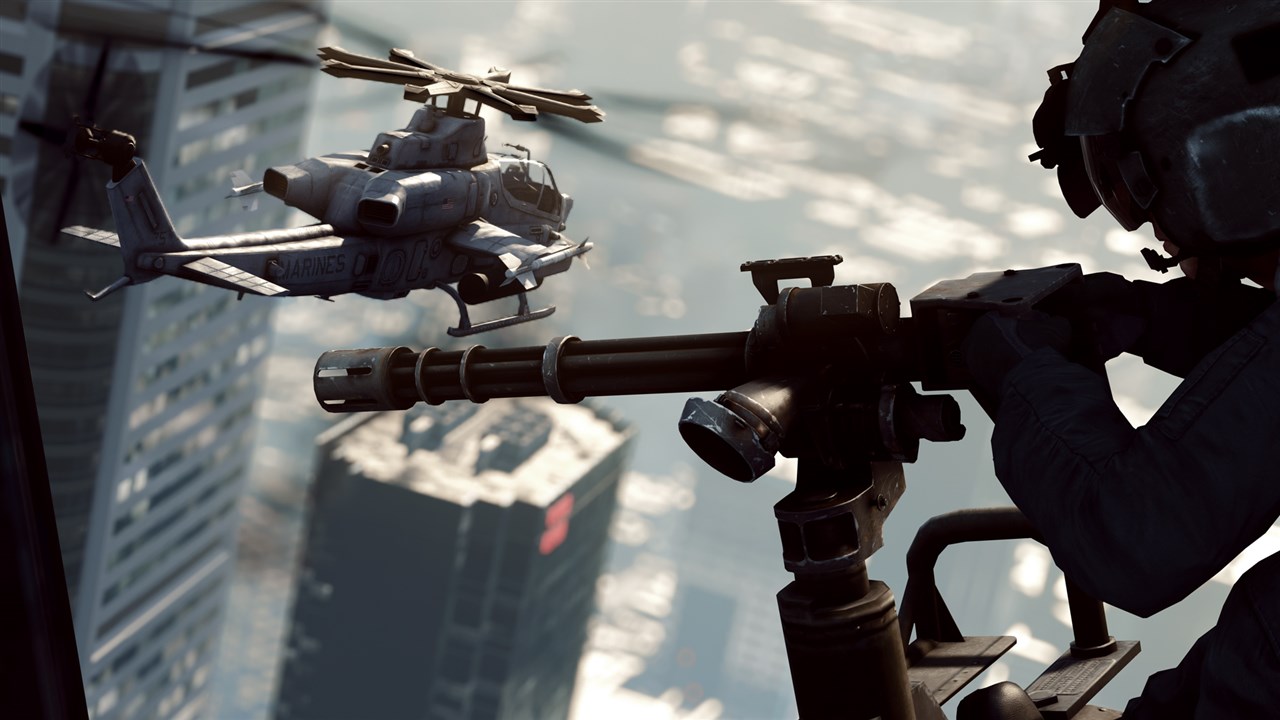 Today we’re taking a look at the Xbox One version of Battlefield 4 and drawing comparisons to the Xbox 360 version. To recap, the game plunges players into the shoes of Sergent Recker and his Tombstone squad as they make their way through a highly engaging single player campaign that involves on foot skirmishes with tanks, firefights atop of skyscrapers and riding the waves in an armoured boat amongst other things. There’s a lot to be excited for in this action packed story,  especially as players can replay the campaign and try and improve their score versus friends posted scores. Whilst not really making up for a lack of single player extras, is welcomed all the same.

The game divides itself between single and multiplayer gaming, with the latter providing plenty of online action via numerous filled to the brim servers and limited waiting time. It’s all rather good here, and plays pretty much identically to its Xbox 360 and PC counterparts in terms of gameplay. Naturally, the online experience is determined by connection speed and players, but with a number of filters available means players can jump into games based on their own region. The Xbox Live interface works well, and allows for seamless entering games without having to go through external elements such as EA’s Origin.

To compare versions, the Xbox 360 game was already looking pretty good using DICE’s Frostbite game engine. There’s lots of physics effects in both versions, but in terms of overall ambience and visual effects the Xbox One version offers not only the most clarity of visuals, but a number of elements that are absent from the last gen game. Most notably the lighting is more pronounced, better looking textures, there are added props in many locations as well as superior smoke and particle effects.

Overall, the Xbox One version looks and plays better, however, that’s not to say it’s glitch free, as there are moments where models warp in or disappear out of view towards the edge of the screen and some minimal dips in frames. A minor quibble, but worth noting all the same as some of these issues weren’t present in the Xbox 360 version.

To conclude, Battlefield 4 looks great on Xbox 360, but even better on Xbox One. With  added details making for a more realistic looking game, smooth as butter gameplay  a solid single player campaign – despite lacking in overall single player content – and one of the best multiplayer experiences around. Put together and you have all the ingredients for a top quality shooter on Xbox One that’s well worth the upgrade or investment if you’re looking to jump in for the first time.