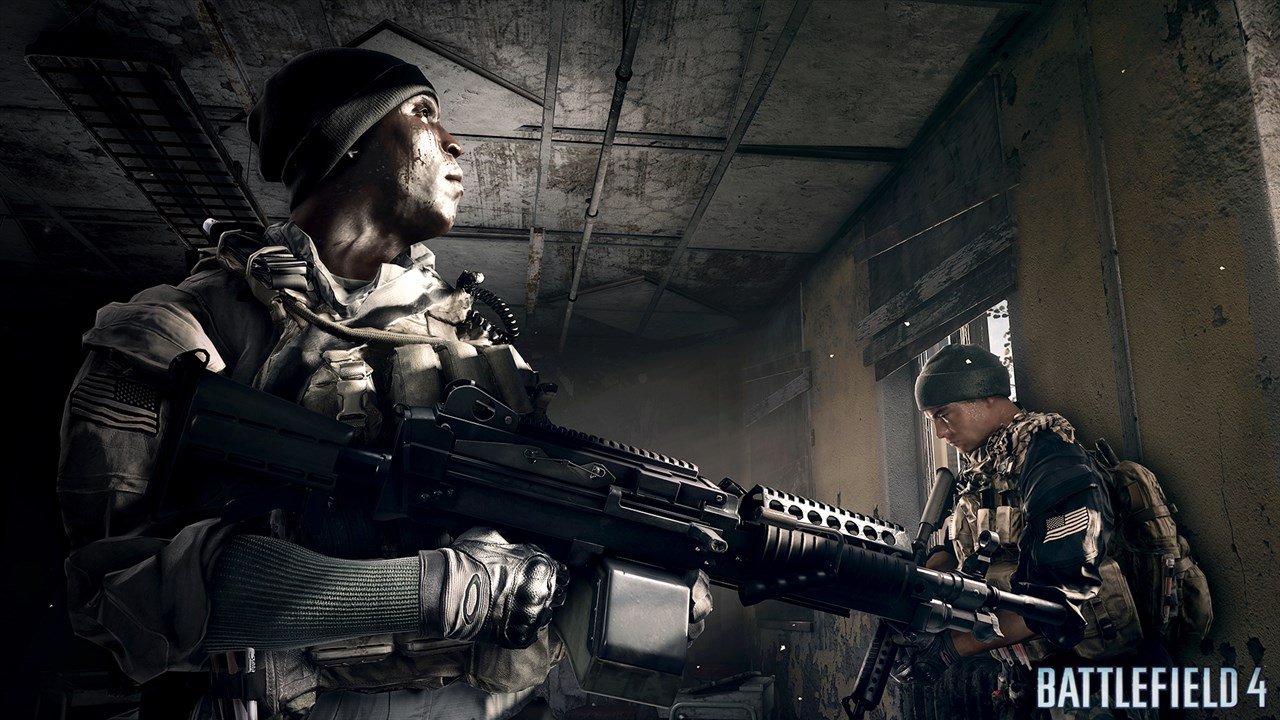 EA/DICE’s modern day military shooter goes head to head with Activision’s Call of Duty once, more, and after all the pre-release posturing, now the game is out there, how well does it stack up and is it worth a shot. Take a look at our Battlefield 4 video review for the full picture.

Today we’re heading off to the military filled battles of EA/Dice’s latest  in its massively popular long running franchise Battlefield, with the arrival of Battlefield 4 which is available now on consoles and PC, and is due to make its presence felt with the launch of next consoles as well. So, is there cause to be excited for this gargantuan franchise that seemingly always goes head to head with Call of Duty. In a nutshell the answer is a somewhat muted yes! On one hand, Battlefield is well known for its multiplayer, where many fans simply lap up the game just for this feature alone. Yet on the other, there’s always been an attempt to reel in the lone players by offering an action packed single player campaign to live and die through. Battlefield 4 is no different as it aims its sights on keeping solo players firmly seated for the relatively short duration and its multiplayer fans gripped for weeks and months. Perhaps this is par de la course but somehow, there’s a real empty space in the game that’s an untapped potential waiting to be let out.

Let’s recap a little. Battlefield 4 thrusts players into the silent shoes of the game’s hero Sergeant Recker and his Tombstone squad comprising of team mates Irish and Pac. Rather than engage in the wider battle, there’s a more close nit covert operation undertaken by the team. Toss in a bit of the inevitable team breakdown then survival, and you’re presented with an ambitious campaign that’s big on narrative, and gets up close with the characters as much as the numerous skirmishes that hamper progression of the digestible story. Your team mates are likeable characters in their own right, and it’s good the way the game presents the relationship the unit has with each other as the story progresses.

The Gameplay remains largely the same as its predecessor in terms of pin point shooting, and solid weapons mechanics, although there’s a bit of under the bonnet tweaking at play with the auto snapping to targets being a bit too user friendly resulting in very easy headshots.  There’s some new additional elements to the gameplay where players can mark targets and get the squad, or other allies to focus fire, but this inclusion which provides thermal viewing for most of the campaign, does give a somewhat unfair advantage. There’s also a point scoring system which rewards players points for kills, with bonuses being awarded for headshots and multiple takedowns. Interestingly, the point scoring  is tied to unlocking bonus weapons and leaderboards, and what’s more, there’s even an option to challenge friends using specific parameters set by the player. It’s an interesting inclusion to the game, but does somewhat detract from the story element on offer with its arcade like approach in your face constantly.

The campaign, offers some fine set pieces,vehicular combat and plenty of twists and turns, that  will keep you hooked from start to conclusion, although the tail end of the story does lose some of its gusto and certainly ends rather abruptly.  There are some issues though, most notably the enemy AI which does a good job of moving around cover, but will at times simply run past your team mates and plot up in the most non tactical of positions. It simply looks terrible and draws you out of the game where for a moment, you’re left pondering whether the enemies are friend or foe.

Graphically, the game looks good on console and runs very smoothly throughout, although the crisper and more richer filled world  is reserved for the PC version which comes out on top in all departments. There’s some impressive looking character models, animations, and a number of cool lighting and particle effects are put to good use. In particular , the portrayal of a storm in one mission is a joy to behold from a  visual standpoint.  The much touted physics and destructible scenery remains impressive throughout, and what’s great is how it impact gameplay as tanks destroy the buildings you’re hiding in, and cover is blown during firefights. Sadly, there are some really low quality textures used for some distant objects on occasion, and this really lets down the overall look of the game. It seems the near side detail is very much the primary focus, and if you do avert your eyes away from this, then it aint pretty.

Audio is equally as good as its looks, with typical characters performed very well by its cast amidst some excellent sound effects and ambient sounds. The music is contextual and does its job when it matters, and there’s a real dramatic sense of scale to battles as the banter flies as much as the bullets.

In terms of longevity, the campaign, isn’t going to last very long even if you replay it again on a harder setting to see an alternate ending. The aforementioned mission challenges ups the longevity a little, but if you’re an offline gamer, then there’s nothing else to mess around with outside of the campaign which is a big shame.

Battlefield’s multiplayer makes its mark on the game coming on its own disc on consoles and offering the usual assortment of objective based modes. For some, this is the meat and veg of the game and with an abundance of options and items to unlock via prolonged ranking up play, the game is every bit as good as its predecessors. There’s much fun to be had in the wider open battlefields as players can work together in small teams or go it alone and still have fun.  The inclusion of piloting land or air based vehicles, or even just hiding in the undergrowth with a sniper rifle or leading a coordinated attack makes the game extremely fun to play, addicting and pretty easy going for beginners.

Battlefield 4 offers a rich campaign, that’s big on features and engaging despite being fairly short, and therefore comes with a warning that if you’re all about solo content, then there’s really not a lot on offer here which is a shame. A few more features for lone players would have made the game highly recommended, but as it stands, it’s hard to based on the number of potential hours play time. In this regard, wait for a price drop.  For gamers connected online, then the feature list grows considerably and the game becomes a worthwhile investment that is very much well recommended. Although be warned, the slower paced multiplayer might not suit everyone’s tastes.