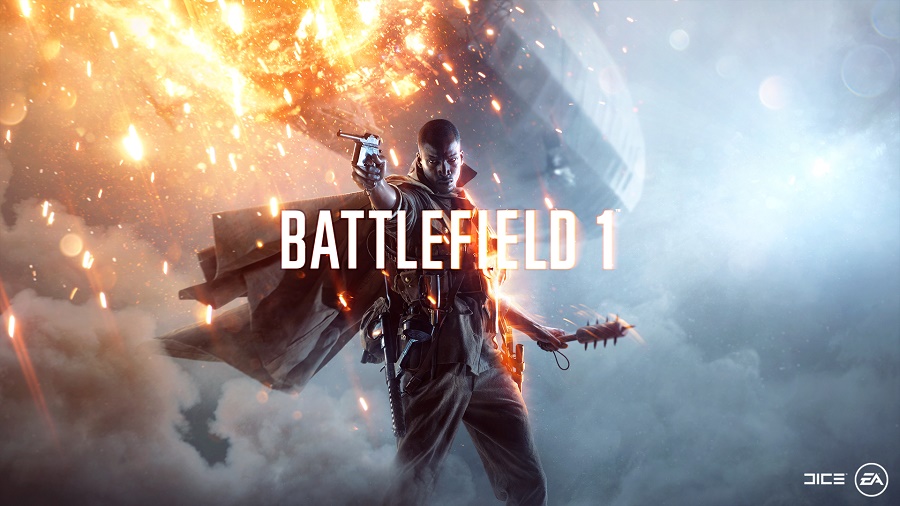 There was a time when a number of big named first person shooters (on consoles at least) were set in World War II what with the origins of Call of Duty, Medal of Honor, Brothers in Arms and Battlefield games to name but a few. Before the historic change in direction in 2007 when a shift moved events into the modern world (Call of Duty Modern Warfare) and then into the future, fighting Germans seemed all the rage. That said, some of the best campaign moments were to be had in these historic settings even if the period saturated the market at the time. Well, EA DICE took the decision to return back to the history books instead of opting to move forwards into the future as we’ve seen in other franchises. Obviously DICE has been keen to not follow in the footsteps of Activision’s Call of Duty Series and their last game Hardline had you playing as a cop of all things within a modern city based environment. Cue Battlefield 1 which turns back the clock but opts to tackle the rather untouched period of the late 19th to early 20th century spanning World War I and the great conflicts of Europe and the middle east. Ultimately does this Battlefield formula work here or is it an excuse to rinse out another time period just to stand out from an already madding crowd. 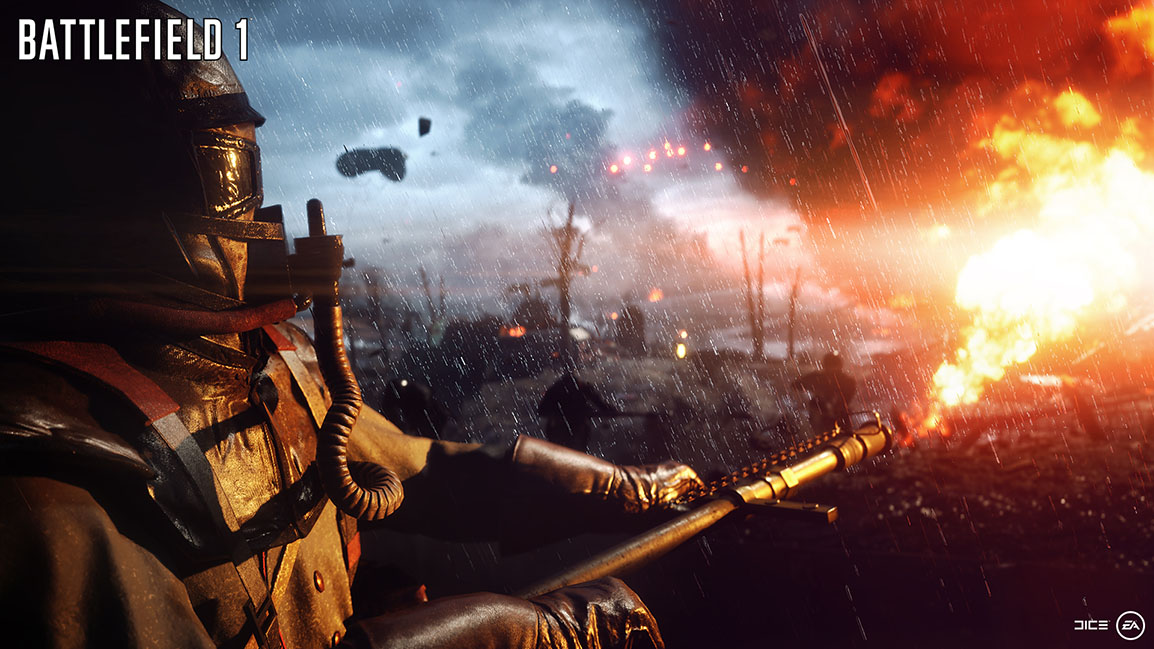 Battlefield 1 provides a single-player experience with its obligatory campaign mode comprising of 6 stories featuring a variety of characters and their respective campaigns rather than simply focusing on one individual and overall battle. Here you’ll drive tanks across northern France, take to the mountains of northern Italy and even battle for air supremacy with the British Royal Flying Cops which actually takes you to London of all places. There’s an impressive variety of missions here involving stealth, action and vehicular based gameplay but most notable aside from the massive set pieces are the sections where you’re tasked with sneaking around, marking targets and not raising the alarm whilst taking out key personnel. In one section based around Thomas Edward’s (Lawrence of Arabia’s) fight against the Ottoman Empire, there’s a touch of Metal Gear Solid V The Phantom Pain style open world gameplay where you’re free to scout and infiltrate three Ottoman outposts at your own pace.

The bite-sized chunks of gameplay whilst not fulfilling a single narrative and losing some character depth in the process are pretty full-on. Even if a little on the short side they are completely engrossing highlighting the best bits of first person shooting action you can have in a single player campaign. There’s never a dull moment and just enough context to get what the characters are striving for. It’s a bit of a gamble to adopt this approach but DICE pull it off pretty admirably due to keeping events fresh and devoid of filler content.

Gameplay is top notch as you would expect following the same features as previous games in the series such as a well honed shooting mechanic that just feels comfortable and spot on. There’s a bit of dodgy AI behaviour such as enemies that simply rush at you with no regard for safety but it merely keeps the action coming thick and fast rather than all out tactical combat. Vehicles play their roles well and with the inclusion of horses, tanks, aircraft makes for an entertaining mixture of styles to utilize. As mentioned, the stealthy comparisons to The Phantom Pain are quite uncannily similar in some instances but this isn’t a bad thing at all, on the contrary. 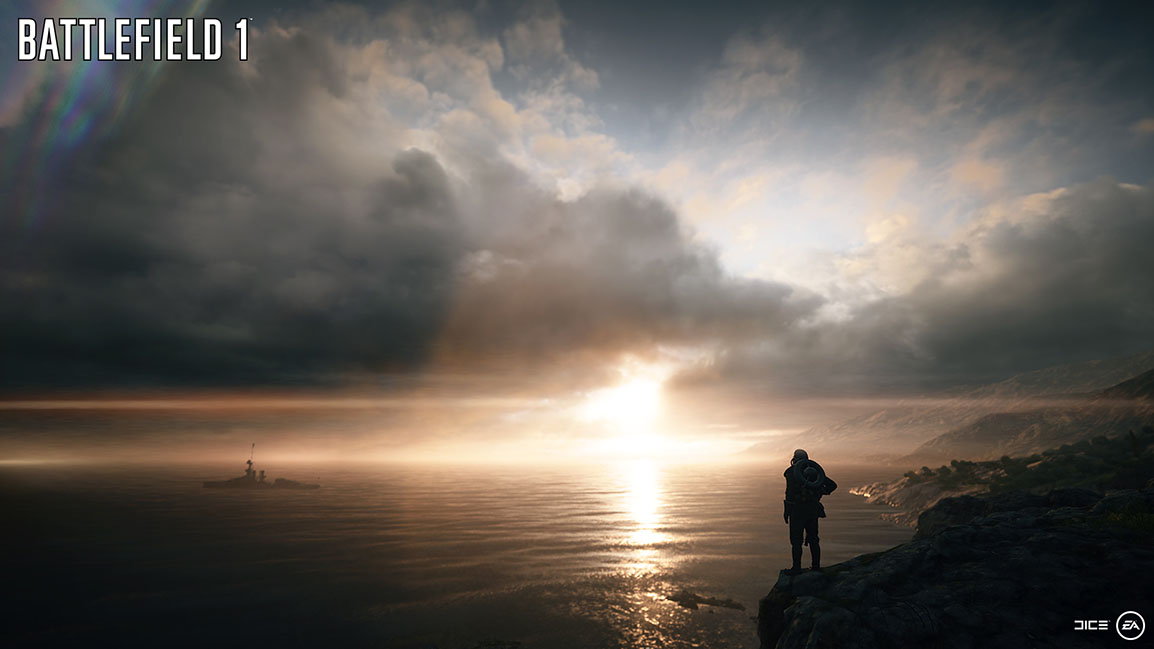 I terms of visuals DICE has done a fantastic job (as always) with the quality of the textures and special effects. There’s just a lot of detail here where battlegrounds look and feel more war torn and muddy as you would expect them to be. It’s a generally dark game in terms of mood and lighting but there are some moments that will take your breath away even on Xbox One and PS4 at sub 4K resolutions. The game also runs at a steady 60 frames per second for the most part which is just fantastic. The destructibility of assets on the terrain and deformation is also a massive part of the experience where you can literally be blow out of the false safety of a building interior. The Frostbite engine really shines here when it comes to destruction physics which even impact how you move about when playing.

Audio stands out fully here aside from some competent voice acting amongst all of the gun fire, shouting and explosions. There’s some awesome music that will tug at the emotions at just the right moments making for an incredible assault on the ears as you play through each story. Even the idle menu themes are overflowing with emotion. It’s a high quality production throughout both visually and aurally and simply feels like the epitome of modern day gaming. 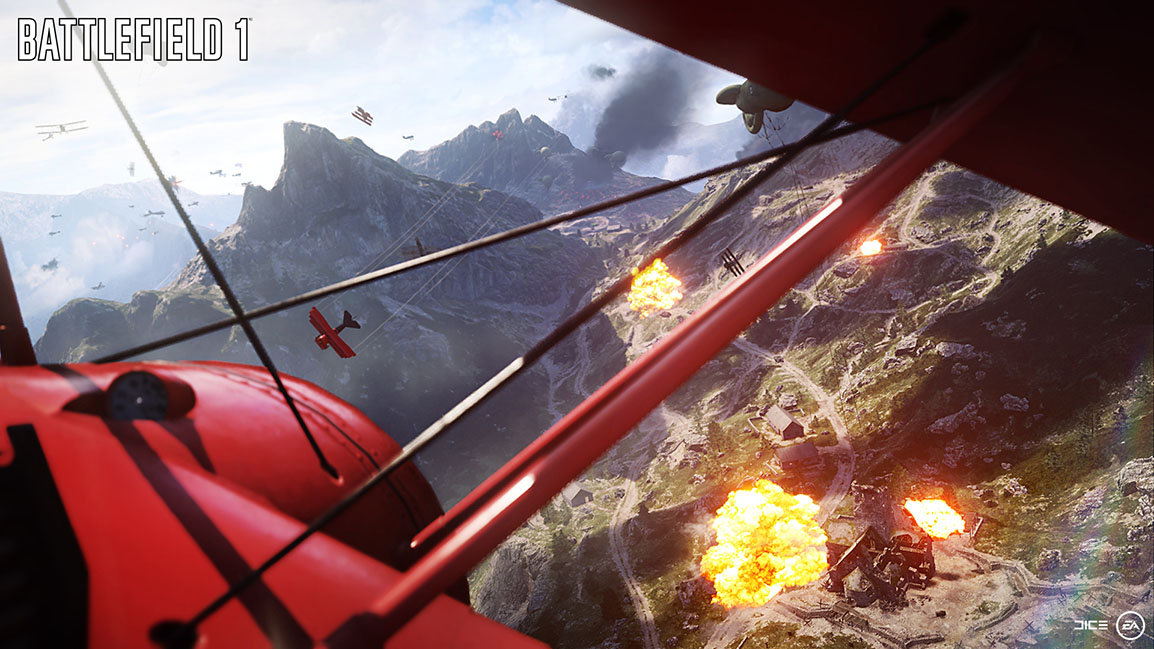 Battlefield 1 also maintains its longstanding multiplayer game where you can take part in big battles across multiple maps in its operations mode (with up to 64 players). This is a great addition and feels like a real war as you take on defence or attacking roles over key points of the maps. Obviously the standard conquest/rush style modes are also available for those wanting to dip in for a quick game on familiar ground and there’s a character progression system which keeps you coming back for more as you level up and grab more gear – something of a standard in most shooters these days.

Whilst the single player game offers a condensed gameplay experience which will last around 5-6 hours or more if you replay and up the difficulty, the experience is comparatively short lived. For those offline there’s not much else to do here aside from hunt down collectibles or completing codex entry challenges by replaying missions. The real longevity of the title comes from the competitive multiplayer which is a massive time sink due to its addictive qualities. 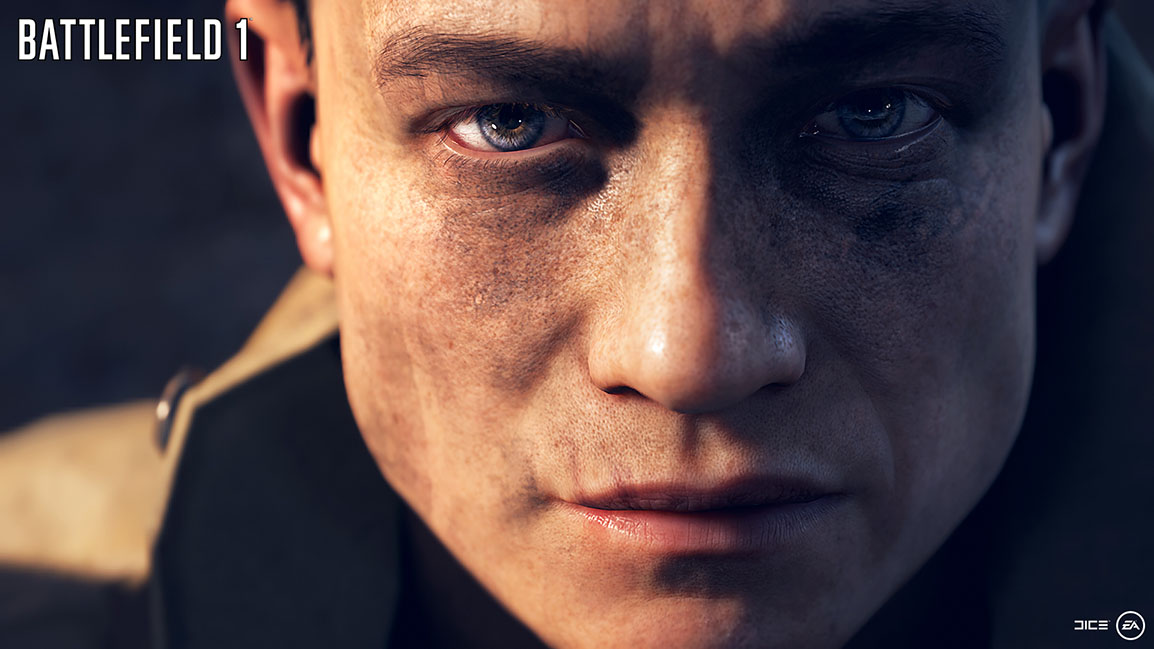 Battlefield 1 is a welcome and fine addition to the long running series and a complete contrast to Battlefield Hardline and even Battlefield 4 in many respects. As a single player game whilst the campaign is rather excellent and well produced as a one time play experience there’s not really much incentive beyond this which puts the game well under par for lone offline players in terms of overall content. However, for those looking for an all inclusive experience then Battlefield 1 has bucket-loads of character and online content to keep the most dedicated or casual players well entertained until the next update or even new game in the series. A must have game for online players and perhaps not so much for those who reside offline.