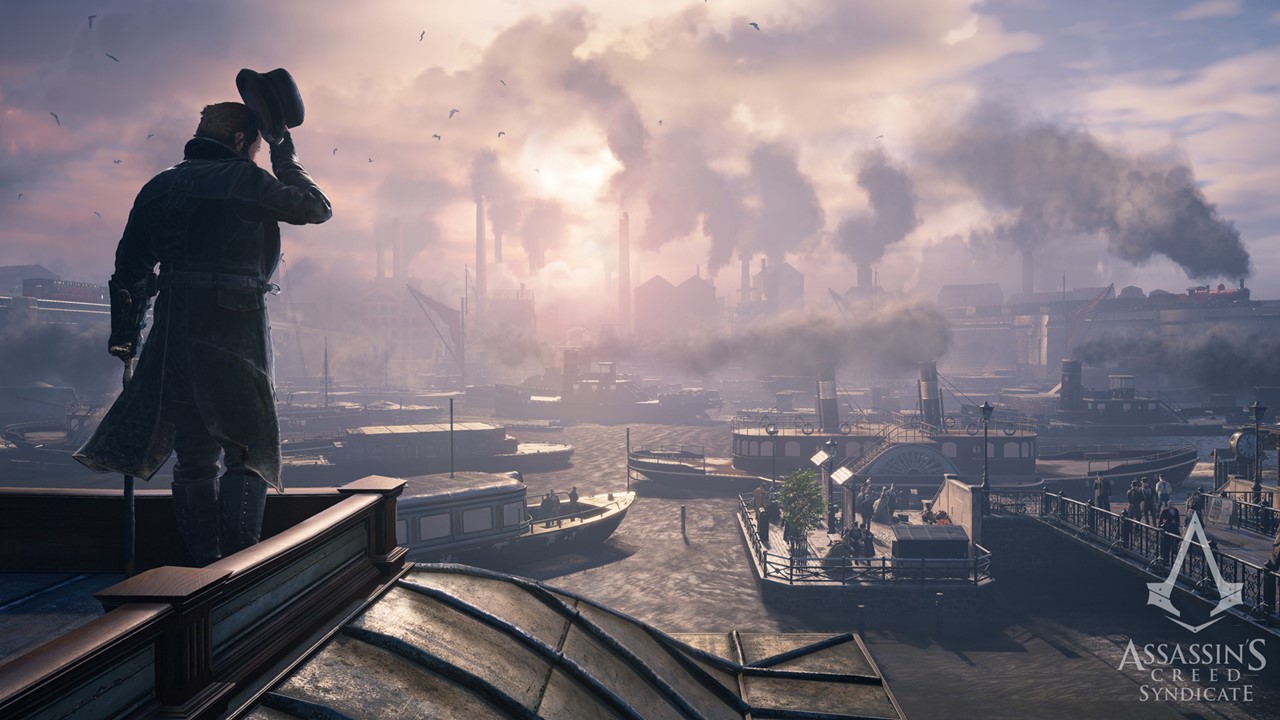 We recently spent several hours playing the PS4 version of Ubisoft’s forthcoming Assassin’s Creed Syndicate and can safely say that the game is well optimized on the Playstation platform and running silky smooth (at 30 fps) even when there’s a lot of action going on. There were moments when the frame rate dipped but nothing on the scale we’ve seen previously with Unity. It’s probably safe to say that there are less massive crowds as seen in Assassin’s Creed Unity (from what we played at least) but doesn’t mean London is devoid of life. On the contrary, London seems to be bustling and looking fantastic to boot. There’s a distinct contrast between the poorer East End compared to the more affluent central part of London which creates some neat graphical nuances. The bottom line is, Unity was plagued with severe launch issues, yet the early build we played seemed to put those woes in the past with a game that’s running very well. Yes this build contained its fair share of glitches, but we were informed the version we played is not the final retail build so we’ll reserve criticism and judgement until we get to play that. For now, take a look at some Assassin’s Creed Syndicate PS4 gameplay videos to see it in action and decide for yourselves what the quality is like.

Note: We’ve heard reports of the game not running smoothly from other attendees at the event last week which makes us wonder if the systems were all calibrated equally. Obviously we cannot confirm this but feel it’s something to make a note of all the same.