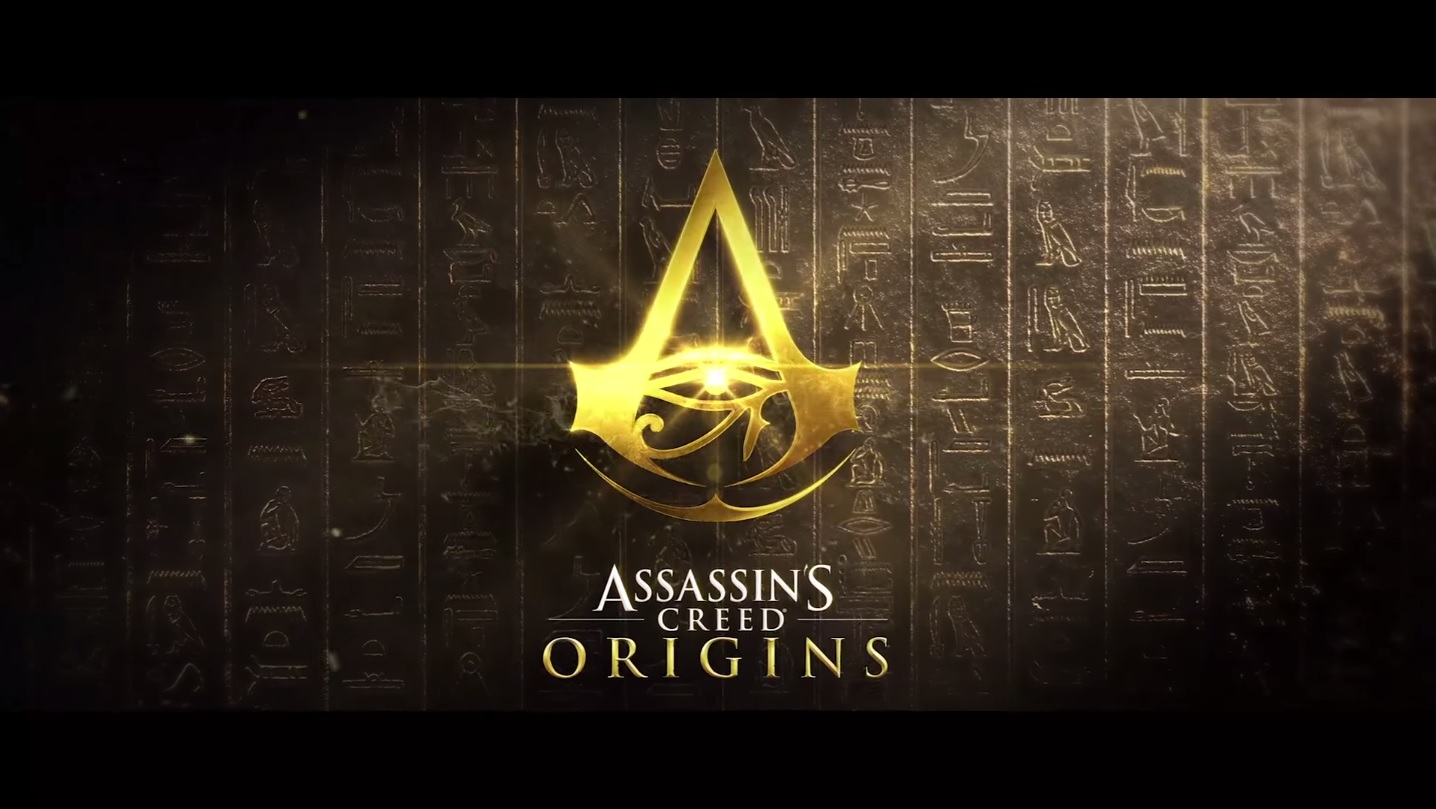 It is hard to fault companies for churning out new renditions of a successful franchise year after year, especially with Assassin’s Creed that even made it to the big screen. Gamers feel the sting of mundane tasks and repetitive story lines that seem to span from the original release to sequel #7 and instead of playing a game they enjoy are left realizing they spent numerous hours playing the same thing they did last year but with a fresh coat of paint. Assassin’s Creed was starting to wear thin after Black Flag, it was just missing something I couldn’t put my finger on even though the game was enjoyable. It’s been two years since Assassin’s Creed Syndicate was released and Ubisoft wanted to take that extra time to revamp the series so fans & newcomers would once again be engrossed by what the Animus has to offer in Assassin’s Creed Origins. 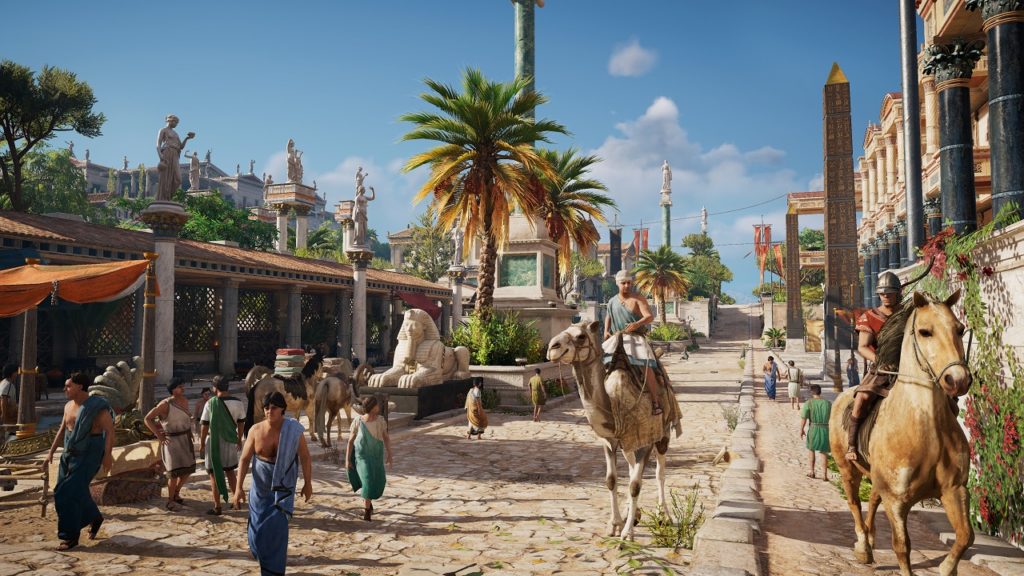 Players assume the role of Bayek and are immediately thrust into the middle of a plot of vengeance and violence that makes you wonder what the hell is going on. No worries though, because the back story is fully fleshed out as you complete main side quests during the game’s lengthy “prologue” area that takes place in ancient Egypt. You come to find out that Bayek is a Medjay, which is essentially an elite Egyptian Sheriff of yesteryear, and he is on a mission to exterminate a secret sect, called The Order of the Ancients, who are involved in a terrible tragedy within his family (I won’t spoil it like most reviews….I was shocked when the actual incident happened).

As you delve deeper into the mystery surrounding this sect, you’ll find that the story loses some steam and never fully develops as Origins is busy tying the threads to other subplots like Bayek’s marriage, the foundation of the Creed, and the power struggle within Egypt involved with the Romans & Greeks. Characters and back stories could have had so much more substance and the central theme of revenge is robbed by lack of focus because of all the different narratives occurring at the same time. Some of these side quests could have made a substantial impact with the story telling if they were incorporated that way, but all you are left with is a basic plot arc that never satisfies those wanting more than just a generic outline. 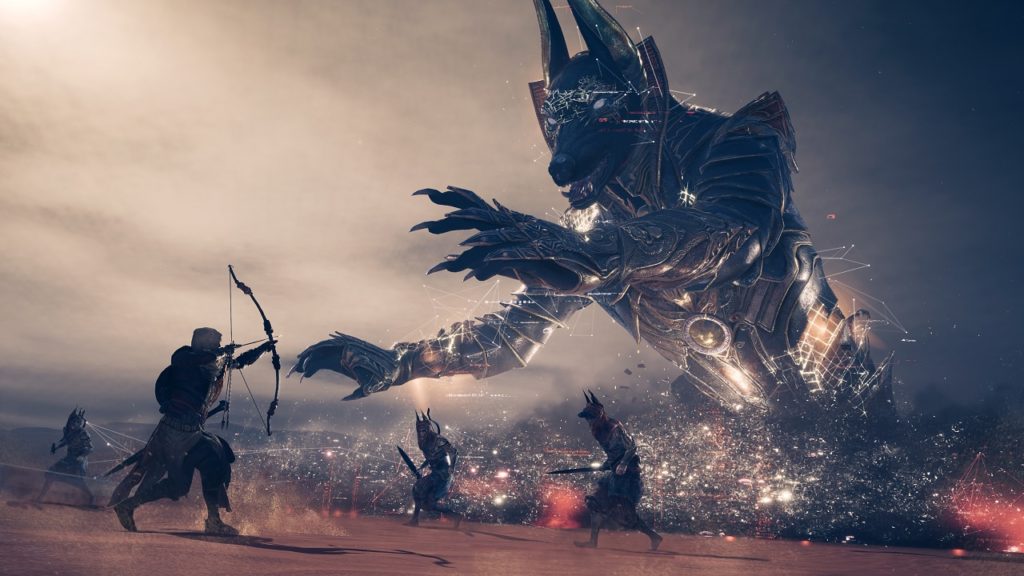 Origins does breathe some new life into the aging series by tweaking some of the game’s biggest dynamics. In the past the combat system always felt like it was based off of countering enemy attacks, but now each attack & movement has an impact during the fight sequences. Using a targeting system, Origins allow you to seamlessly flow combat with an array of light & heavy attacks, use of your bow & arrow, and shoves & dodges to put an end to your enemies. There are times when the camera angles knock you out of your zone, but after you master marking targets & switching them on the fly the bad guys you are facing don’t stand a chance. Climbing and dashing across structures feels just like the old Assassin’s Creed games with a smoothed out approach and the jumping puzzles you will encounter aren’t nearly as frustrating because of this.

Another great addition is Bayek’s eagle companion, Senu, who soars above him while traversing the vast Egyptian lands. He brings along some great perks that allow you scout environments for enemies, as well as target them, and mark objectives with ease. Senu becomes a key element in the gameplay once you see how large the scope of the map is and running through some of the tougher territories will require strategic planning. The mini-map in the upper corner is now replaced by a directional compass that points out areas of interest, marked locations and main plot points. If you’ve ever played anything from the Witcher series you’ll feel right at home. 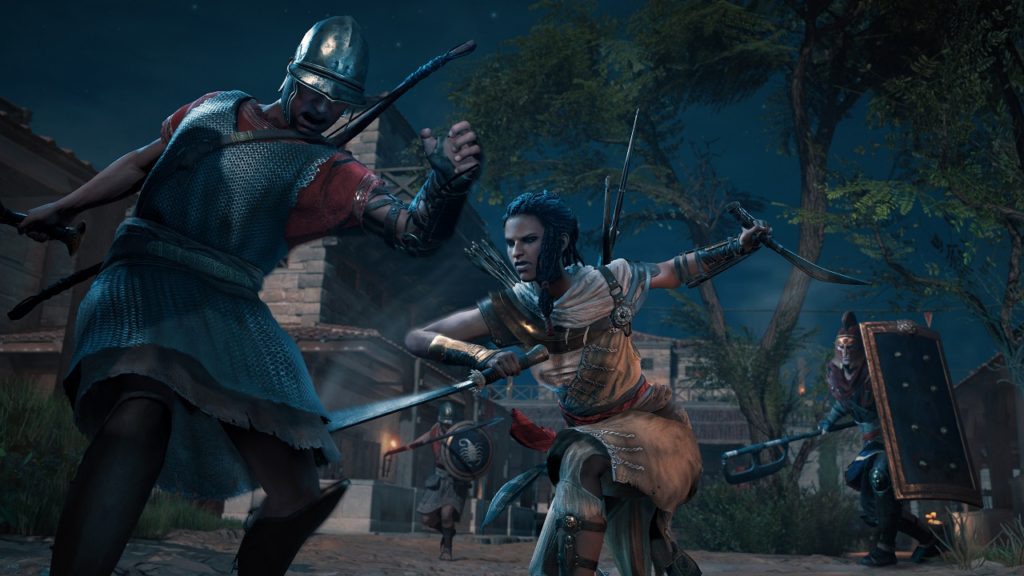 Ubisoft Montreal did an amazing job of recreating a historical location with a myriad of environments that pushes the player to use Bayek’s full set of skills. The outstanding visuals bring the game to life as you wander the desert you’ll start to see mirages, exploring the swamp-lands will keep you on toes to avoid the crocodiles & hippos lurking in the vegetation, and seeing the world from atop one of its greatest wonders, the Great Pyramid of Giza, is breathtaking. The world feels like a true sandbox allowing you to take on multiple tasks at once, hunt animals for loot to upgrade your character, and explore areas looking for secrets. Egypt is divided into sections that are level based, so be careful you don’t wander into an area that is above your current skill level or you’ll find out real quick that you don’t want to pick a fight with even a lone bandit.

Origins incorporates an RPG style leveling system that allows you to build on 3 different skill trees and use an upgrade system to level up your gear. Players gather loot through their exploration and combat which can be equipped or broken down to bolster other weapons or armor. There is a little bit of a grind involved, but unlike some games you will feel constantly rewarded with your spoils from battle and never ripped off. Yes you can purchase in game chests & loot with real world money, but you never feel like you have to do this in order to get an edge on the game. The skill trees consist of both passive and combat skills that have a direct impact on your gameplay style and options during the course of your game. Maybe you choose to enhance your assassination skill set, but in turn you miss out on upgrading your bartering ability with merchants that could have netted you a rare item. The choice is always yours and gives you the freedom to play how you want. 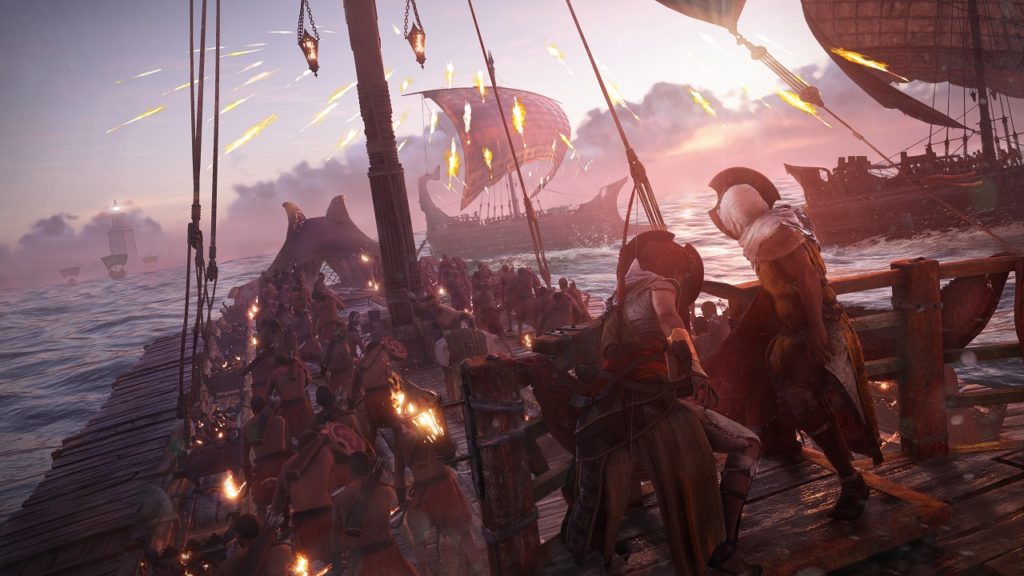 Overall, Assassin’s Creed: Origins offers an engaging and satisfying experience in the vast landscape of Egypt that will keep fans and newcomers captivated with Bayek’s quest and the birth of the Creed. Ubisoft used the extra year of preparation to bring the series back into the spotlight with some much needed tweaks and improvements to the gameplay as well as weeding out some of the tedious tasks that plagued the series up to this point. Fans wanting more of a detailed plot won’t find it here, but Bayek’s quest is clear cut and shows where the series is going after Desmond Miles. Origins gives the Assassin’s Creed franchise a much needed boost to once again sit atop the gaming world as a beacon for what an action adventure game is supposed to be.