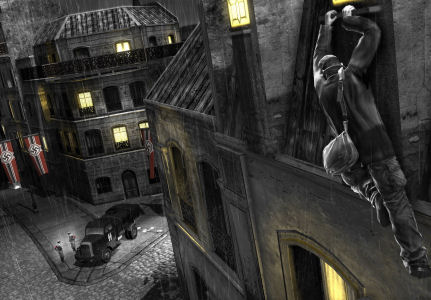 It might be common knowledge now that Ubisoft are holding an Assassin’s Creed event in London next week, but looking beneath the surface and perhaps reading a bit too much between the lines, it could be construed that Assassin’s Creed 4 is heading to London/Europe  as its next location. 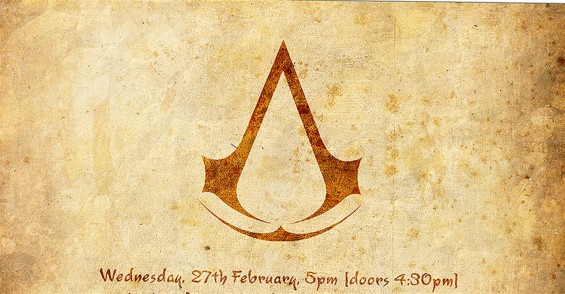 We might be jumping the gun a bit here as the announcement may not even be for Assassin’s Creed 4 and could pertain to the DLC add-on “Black Flags” that has been well reported. That said, some delving into the venue that the announcement will be taking place in next week might hold some clues.

The venue itself is an old established building built around 1347 and 1392 and yet since then has come under fire quite literally with its roof and contents partially destroyed in the great fire of 1666. The building was restored and embellished with tapestries, stained glass windows, chandeliers and panelling making for a very ornate interior, and yet  less than 300 years later and the building was fire bombed  by Luftwaffe incendiary bombs during WWII  in 1940 which destroyed much of its interior.

Aside from the building itself, the inhabitants, a guild of Tailors formed during the late 1300s  make for some  interesting history.  Apparently the guild were traders but also lost its tailoring connections towards the end of the 17th century where the group became an association of philanthropic and social character, devoting its energies to educational and charitable activities which is what it remains today (certainly opposed to any wars).

Assassin’s Creed III is set within the same period at the end of the 1700s and therefore could be a connection to this now human loving  organization. Something Ubisoft might work into their  Assassin’s versus Templar plot. What’s interesting is that if the game is set approximately 200 years after Assassin’s Creed III it would place the game during WWII, the time when this particular group would have been bombed from their premises much like a lot of Londoners at the time.

To add a bit of credence to the 200 years theory,

Looking at the dates there is an approximate gap of 200 years between each game. Could this mean the next Assassin’s Creed game is heading to WWII  in the 1940s and more specifically, is the London venue of the announcement a cryptic clue as to the location? – it would be too much of a give-away if they held the event in one of London’s more notable WWII historic venues. We might be clutching at straws here especially as creative director Alex Hutchinson seems to think WWII would make a dismal backdrop despite being popular with fans –  but it’s certainly food for thought, unless of course the announcement next week isn’t even related to a new Assassin’s Creed game. Either way, we’ll be there to let you know the outcome and be the first to admit we were totally wrong if we are.

UPDATE:  it appears that the game reveal might be for a pirate based game “Black Flags” set in the Caribbean as a prequel of sorts to AC3 if the current rumours are to be believed. We’ll find out tomorrow.