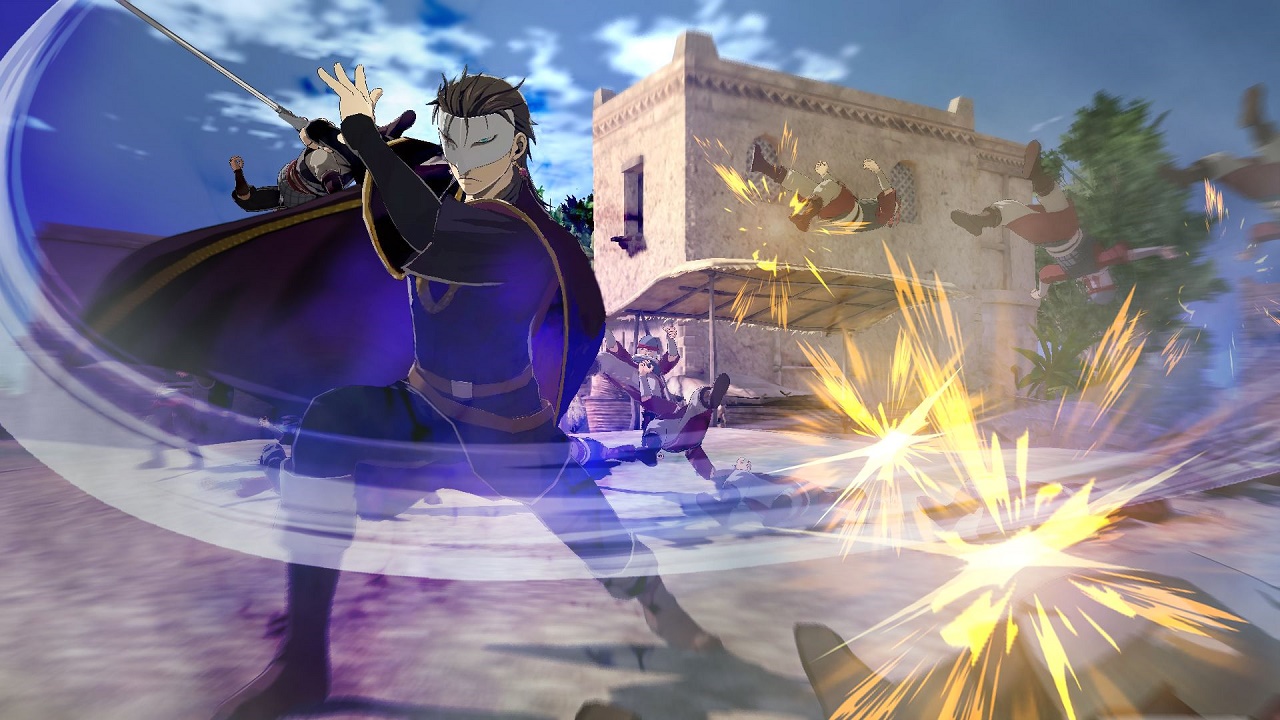 Koei Tecmo released a new trailer for their action free roaming fighting game Arslan: The Warriors of Legend which is available today on consoles and PC platforms. As an added bonus up until Feb 19th there’s a 10% discount off the retail price if you purchase the game via Steam.

Arslan: the Warriors of Legend tells the story of the young crown prince of Pars, Arslan, as he is forced out of his kingdom when his father, the king, is betrayed and defeated and his domain conquered. The player takes on the role of Arslan and his few companions as they strive to re-assemble an army and fight against overwhelming odds to liberate the kingdom.
Aside from the playable characters already revealed, Koei Tecmo announced today an additional two characters, this time from Arslan’s enemy camp!

The first is Hilmes; the mysterious man behind the Silver Mask and Arslan’s arch-rival, has temporarily aligned himself with Luisitania, though his end-game appears to go deeper than simply leading the attacking forces to victory. By his side stands Zandeh, his highly skilled sword protector. Both characters will be playable in the free mode of the game, in the original extra scenarios available.

Additionally, three more stages have been revealed, a small Village, the imposing Zabul Fortress, and the vast Keep of St. Emmanuel, whose labyrinthine streets stage the last act of Arslan’s exciting adventure.