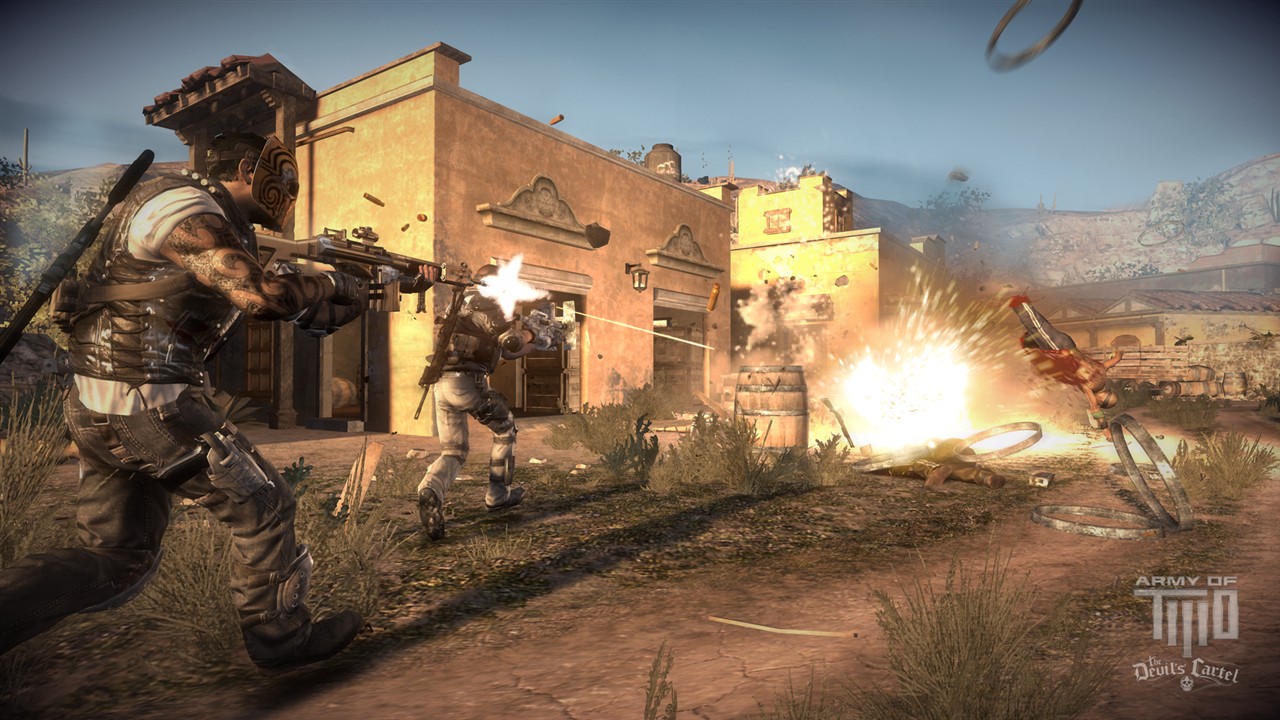 Army of Two: The Devil’s Cartel is the third in EA’s co-operative emphasized series, though it’s more of a somewhat back to basics approach than an evolution of the series’ core formula.

Long time and ageing co-op protagonists Rios and Salem look to have had their day, it’s now time for a new T.W.O. to take the heat, with some training and guidance provided from the original duo, Salem & Rios more serve as your guide throughout over comms., so it’s certainly interesting to see a passing of the torch as it were without the original duo being ripped completely from the game in what can otherwise be summed up as a series reboot.

A ‘reboot’ though is something more common that we’ve seen recently, where an ageing formula that might not be deemed so fruitful by today’s standards is reworked and revitalised for a new audience, and it generally means it makes for a better, more intriguing game than its predecessors.
While this latest Army of Two entry does do some aspects well, first and foremost as a game, it’s significantly more flawed than its predecessors, with the back to basics approach being just that, frankly just too basic for its own good, with no real substance to make it stand out from the crowd of mediocrity.

For a third game in a series that emphasises co-op, The Devil’s Cartel turns its back on what made Army of Two so intriguing to begin with. Granted some changes may have been required to spice things up, but instead of additions, it’s more cut out what made the co-op experience so memorable. While there’s a bigger emphasis on action sequences which do offer some cheap thrills, at its core there’s a very average, and at times flawed gameplay mechanics that hinder the experience. There’s not so much co-op bravado between the two, or back-to-back sequences or the like, more just giving your partner a boost up a ledge, or some scripted scenes where you go your separate ways for part of a mission.

The general combat is fine, but there’s nothing to really separate it from any other mediocre shooter. Quick kill executions are also rather satisfyingly brutal, at least the first few times. It’s more the getting around that with the generic action, is rather on the clunky side with getting in and out of cover, and transitioning from cover to cover being a key highlight; when in the heat of battle, it just doesn’t always work as effectively as it should. 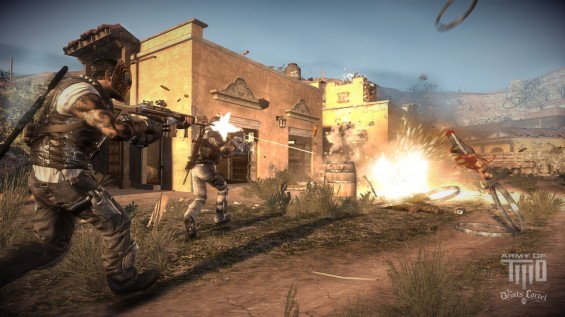 The Overkill mechanic, while simplistic and rather bare-bones compared to some of the past games features, it offers the ability to chop enemies into pieces in slow-motion – if both players activate Overkill at the same time then they get a pro-longed time-frame to do mass damage. It’s really the only aspect of The Devil’s Cartel that feels very Army of Two-esque – as you build your Overkill meter by scoring kills and taking aggro, it’s very much over the top with incredible amounts of damage from every bullet fired. It’s also with Overkill that the Frostbite 2 engine shines most – make no mistake, The Devil’s Cartel is visually a rather bland, yet somewhat fitting war-torn game, though with destruction being a highlight for the engine, it’s certainly one of the most poignant aspects to its visual repertoire.

It’s not all doom and gloom, fortunately the actual story itself does have some brutal tones and twists along the way, with some key thugs that really make an impression; it’s at least worthy of seeing through to its conclusion with plenty of over the top action sequences that go some way to spicing up the otherwise generic gameplay that’s on offer.

Speaking of generic, the duo that replace our oddball veterans are named Alpha and Bravo; you can’t get much more generic than that. The story however does shine on through, though some poor choices aside, these new characters do have a few moments where they shine with both gloves and masks well and truly off. While some puny attempts at humour are attempted throughout between the new duo, this, unlike past games, now takes the back-seat while the the more brutal theme of the story is what takes the spotlight. 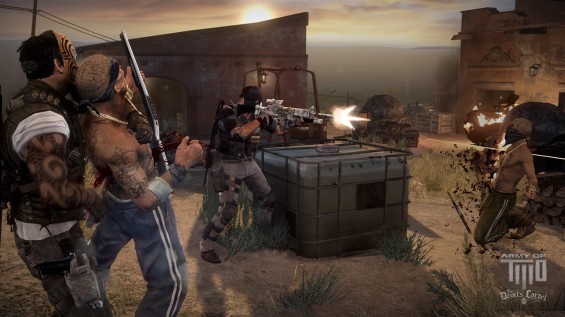 Army of Two: The Devil’s Cartel goes out of its way to try and fit in with other action games instead of following its own tried and tested path, and it doesn’t do a very good job at it – instead of re-vitalising the franchise, The Devil’s Cartel toys with some interesting themes, though overall it more feels like a step backwards for the series. Multiplayer which was present in the past game is absent here, scrapping an unworthy multiplayer component is perhaps a good idea however, especially if it enables the game’s campaign to reach its full potential. Sadly that’s not the case, Army of Two: The Devil’s Cartel is ultimately a flawed action romp, though while it does have an intriguing and brutal undertones to the story, the core gameplay mechanics leave a lot to be desired.