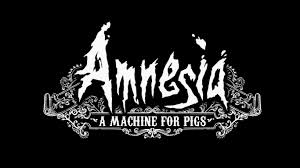 Developed by the creators (The Chinese Room)  of the popular horror game, Amnesia: The Dark Decent and Dear Esther comes a new first person adventure in Amnesia A Machine for Pigs which is set in the year 1899 and is quite a departure from your typical video game. Available now via steam for £12.99 is this a game worth checking out or leaving well alone until the price drops? Take a look at our Amnesia A Machine for Pigs review.

Today we’re taking a look at the first person horror adventure from The Chinese Room, Amnesia A Machine for Pigs which is available now via Steam for PC gamers.

The year is 1899  and players fill the shoes of industrialist Oswald Mandus who wakes from a dark slumber and is thrust into his own manic world of meat processing and throes of the industrial revolution, with a splattering of psychological horror thrown into the mix. Now we could sit here and describe various elements of the game, but in a way this would in fact spoil things, because unlike most games which rely on repeated gameplay mechanics such as shooting, A Machine for Pigs is effectively the video game equivalent of a reading a book.

From it’s spooky beginning in the perhaps cliche eerie mansion, players are given little choice but to press on in what seems the most basic of gameplay elements. There’s no complexity here other than the odd bit of interaction with objects, which at times are used for progression. The main onus seems to rely on simply pressing forwards following the linear path laid before you and simply taking in the atmosphere the game throws at you in abundance. It’s spooky, sickening, but not in the most overt manner. What really makes the game more compelling are the pages of a diary scattered along the pathway and journey into a living hell. Reading these highlights some troubled times for Oswald, and when coupled with some ingenious sound effects and moments where there’s audio cues from the voices of the machine, the game really does pull at the collar and never lets go.

It’s hard to talk about the game without offering spoilers, but to be critical, there is an element of been there and done that before. Yet, it’s the way the game remains a game and steers players into its dark recesses that impresses the most despite some clunky movement and very little for the player to do other than stay within the confines of the often tight and malevolent level design.

Players can crouch, sprint, jump, climb and generally look around the dark and moody settings at leisure, but the drive to progress the story becomes paramount as discoveries are made through cryptic notes and sound bites that suggest there is more to the underlying horror than meets the eye. It’s only when players are  a few hours in, the game reveals its true intent and it’s here where the game’s pig like demons make themselves known.

Armed with a lantern, that flickers when the squealing pigs are close, Oswald’s only action is to switch off the light, and cower in a corner for a moment until the danger is past. Yet in reality, the pigs are merely employed for visual effect rather than a tool for creating sheer terror. In fact, the real horror is laid before players in the text rather than the actual gameplay  which is rather novel, but in this case an effective method. You’re not there to play hide and seek with the pigs and that has to be made clear as the interaction is minimal to say the least. It’s quite possible to not even be killed throughout the entire game bar some odd moments where a wrong turn is taken and there’s no escape.

Graphically, A Machine for Pigs is shrouded in darkness and boasts some neat visual elements which showcase a very industrialized look. The game moves at a slow pace and whilst isn’t the most detailed, does a fine job of recreating a Victorian flavour. Generally, the game runs smoothly enough, although as mentioned, the movement does tend to feel a little sluggish at times – and that is aside from the visual effects used to hammer home a point here and there.

It is perhaps the audio which shines through the most and offers plenty of sound effects from the machinery and of course quips from Oswald and the odd recording or telephone conversation. It’s performed very well and is sparse enough to not become overwhelming or too impacting on the general solitary ambiance which is of a high caliber.

The game isn’t the longest of affairs weighing in at around 4-5 hours play time, and is really a one play type of game considering once bested, the element of the unknown it relies on is lost. So in this regard players need to considering their £12.99 entry fee into the attraction. It’s a shame there’s no extra incentives included for entering the fray once more, but how this would be accomplished would be quite difficult due to the design aspects of the game.

To conclude, Amnesia A Machine for Pigs is an unusual gaming experience  that races the pulse in a more psychological manner as opposed to direct in your face scares, and with its excellent use of audio is definitely a game to play with headphones on and the lights off.  Despite a lack of pace, the game does a fine job of drawing players in, but the only let down here is that perhaps the entire premise of the main character is a little cliche.

Whilst the execution is admirable, a lack of replay and overall length might deter some players and prevents the game from receiving top marks; it’s also not a game that’s going to universally appeal to all gamers. If you like a more subdued gaming experience, then this is worth checking out. If you’re more hands on this might leave you a little unfulfilled. Whilst there’s a very good game here at heart, the question remains, is it worth the price of entry. Perhaps, if you’re a fan of horror adventure, but the reality is for the time spent, and lack of replay, the game is a little on the costly side where it might be more prudent to wait for a price drop.