Sandbox Interactive has today released some fresh info and screenshots on its Housing System as seen in their forthcoming free to play cross-platform play Albion Online. The game is heading to mobile devices, PC and Mac and allows players to take stock and recharge by purchasing houses in towns and safe zones.  For more information about the game, head on over to the official dev blog. In the mean time, take a look at some finer details.

Before a building can be erected, a plot of land with enough space must first be purchased. Player plots can be found in towns, safe zones and guild cities. Each plot is unique, and can be built upon in an individual way. Certain factors, such as the distribution of valuable resources in the area and the size of the plot, affect the value and purchase price of the land. All players who have the required resources and currency are able to purchase, sell and otherwise trade land. When they have found a good plot of land, they are able to build any of the over 50 kinds of buildings in the game, from housing to barracks to crafting stations. 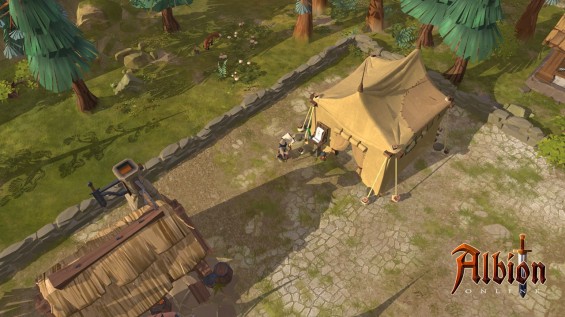 A furnished house is a real necessity

In Albion Online, the abilities and spells of the character are determined by their load out and what the character is wearing. In the same vein, how a player furnishes his or her house will also have a direct influence on the abilities of their character. For instance, when they sit down to eat a meal, the character will feel strengthened against the cold, threatening wilderness; a sleep in their very own bed will recover their energy reserves. Wardrobes and chests are great ways of securely storing extra armor or resources, and players will be able to grab these to reequip straightaway when they respawn at their house when they die. 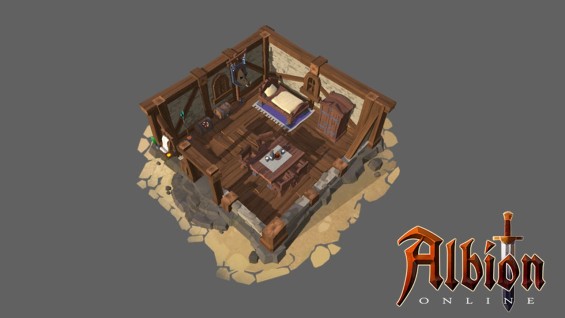 Building land is a valuable commodity in the world of Albion Online. For this reason, it’s useful for land owners to make their land and buildings available for other players to use. There is an extensive rights system by which owners can make detailed choices about other players’ rights to use their land, buildings, and even their furniture. Housing owners can choose, amongst other things, who has access to the storage space in their chests and wardrobes, whether or not players can erect buildings on their land and which inventories they have access to. 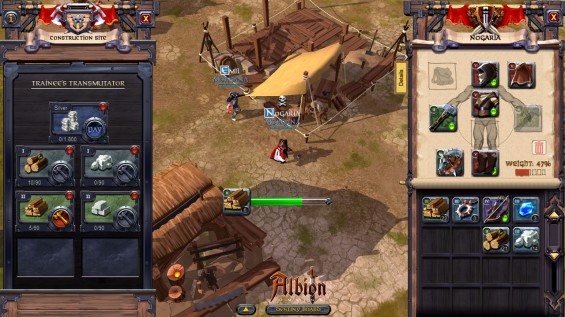