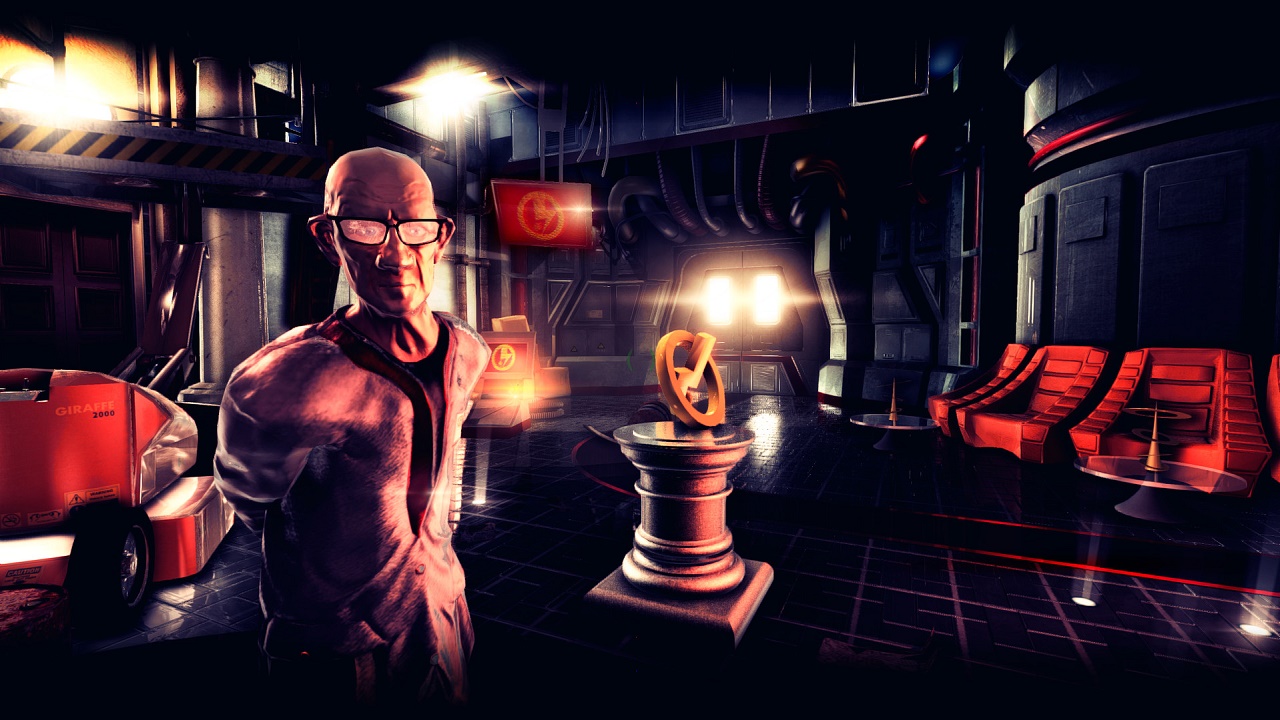 Albedo: Eyes From Outer Space comes to consoles and PC and with it lots of headaches and puzzling drama. You play as the lowly night-watchman John T. Longy, who works at the JUPITER secret research facility. At the game’s start and having drunk a little too much of the fine stuff while on duty, events take a turn for the worse and there’s an explosion which leaves John in a predicament to escape and find out what’s happened. There’s enough oddities on offer here but for the most part you’re going to be spending your time piecing together items to solve the puzzle of progression. A locked door with a hand scanner needs a hand, your own are no good, so you need to find one from somewhere. There’s remains of a fellow employee, minus his hand (surprise surprise) which seems to be stuck in a water pipe above you which you can’t reach. You need to get the water flowing through the pipe so the hand can fall out. You need to find some blueprints of the water system in another room to then solve a 3D pipe puzzle to connect the water. Only once this is completed can you grab the hand and use it on the door to move on to the next puzzle.

The game is a load of convoluted nonsense which just destroys any feeling of wanting to continue playing as each room is one headache after another. This is fine and dandy if that’s all you’re after but it’s a shame because the game has a neat premise to it where there’s monsters to take out and lots of atmosphere which is just let down by obscurity. The game plays from a first person viewpoint but despite some pleasant visuals just feels sloppy and unpolished especially as you can’t invert the Y axis aim which is standard for any first person game for the last 20 years of gaming (apparently the option got lost in the conversion from PC and will be patched back in at a later date). Aside from this as gamers can remove years of muscle memory and make do, movement is jerky and there just doesn’t feel like much precision to the controls at all. 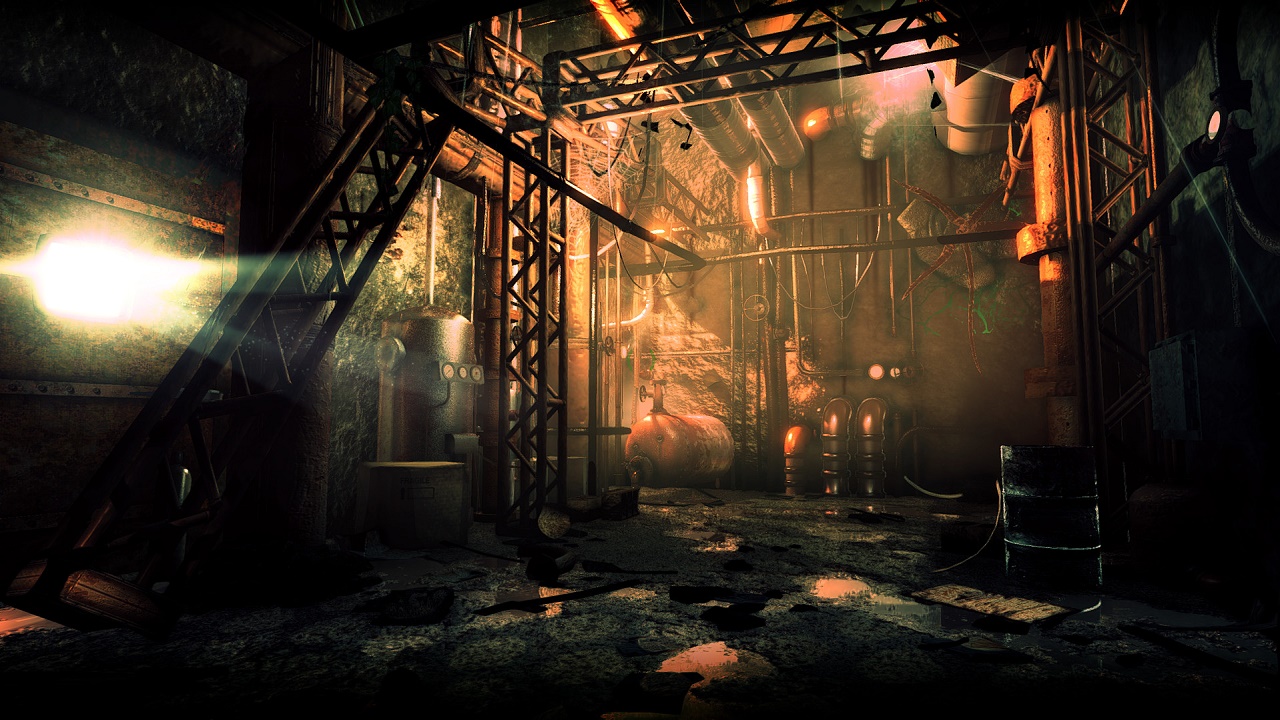 The audio is a mixed bag here with a droning, bored sounding American voice over or an enthusiastic Brit to choose from. It’s neat there’s choices but coupled with some annoying sound effects makes for an unfavourable assault on the ears especially if you’re stuck in one of the rooms with the looped sounds drowning out your sorrows. 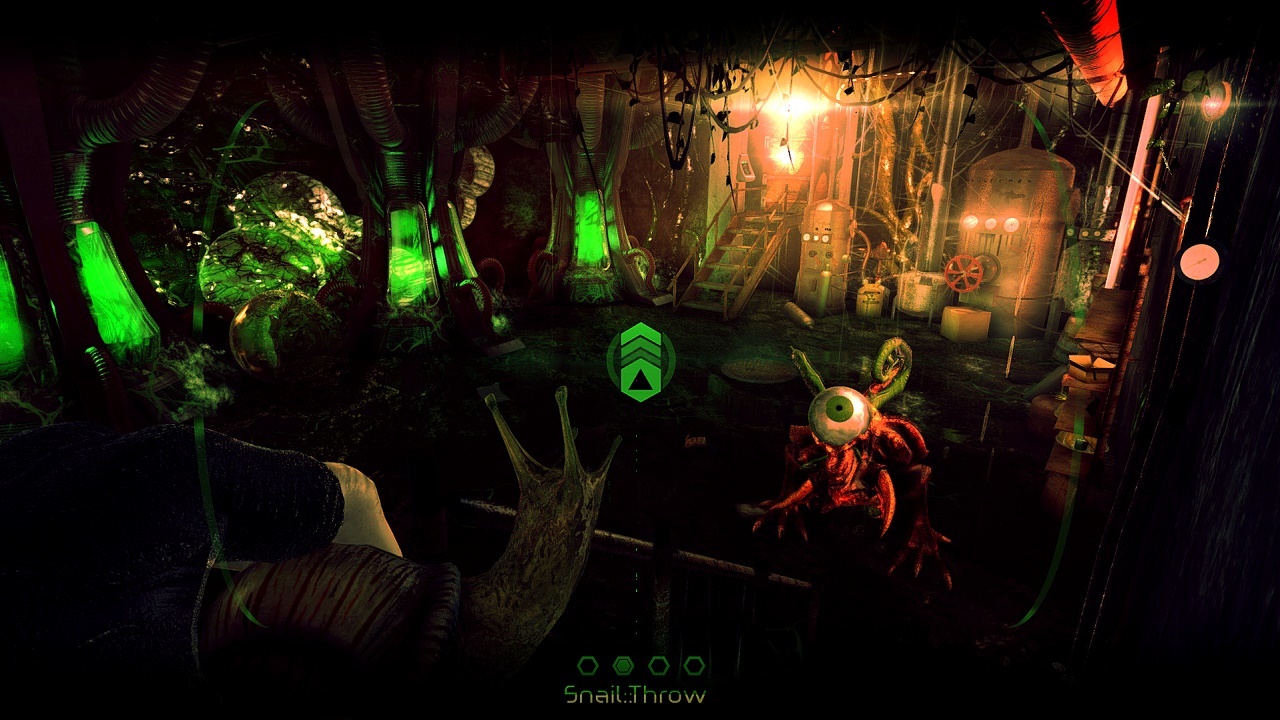 To be fair, Albedo: Eyes From Outer Space has been created by one-man developer Ivan Venturi and a small team which means they have done well to create what’s on offer here. But as a game to enjoy, it’s a hard slog and only those who really get invested in the lateral puzzles will find much enjoyment here. Although there is some minor combat elements, it plays second fiddle to the puzzle solving, so if you’re expecting more of an action adventure game then you’re likely to be disappointed. With a bit more refinement Ivan Venturi have some definite talent here which if nurtured or given greater budget could produce a pretty solid gaming experience. As it stands with this one though, it’s very much an acquired taste despite some promising design features and looks.