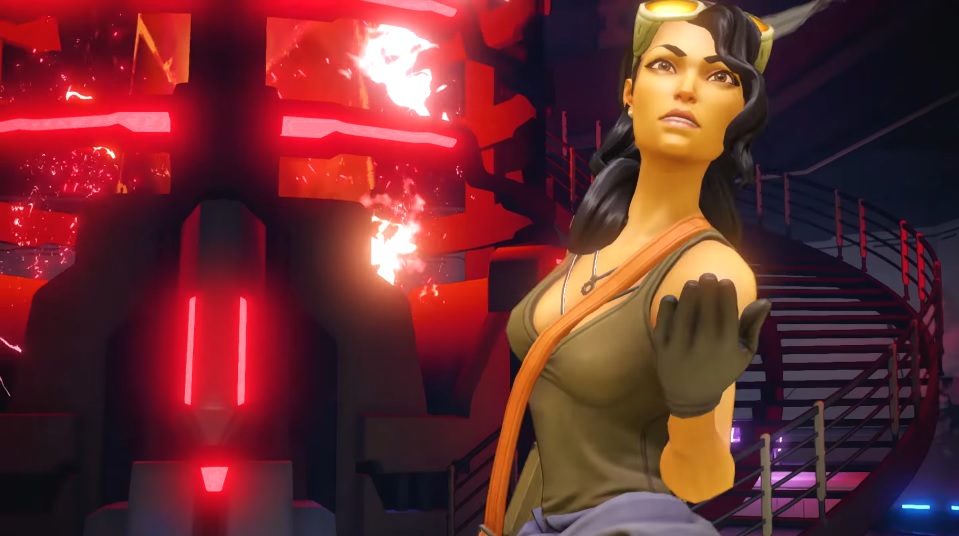 Developers Volition have been in the game for some time now having had plenty of success with their Saints Row franchise which initially spearheaded the original Xbox 360 launch way back in 2006. After several sequels it’s obvious the team have been looking for alternate avenues to express their creativity. Well, cue Agents of Mayhem, a similar open world action game by design to their superhero efforts in the last Saints Row game but more akin to the movie Despicable Me 3. If you’ve not seen it then it’s basically good shadowy agency against bad megalomaniac villains. So, without the gang flavour this time and a scaling back on superhuman abilities is Agents of Mayhem worth a punt?

Agents of Mayhem is set within a futuristic Seoul which if your geography is up to par is the capital city of South Korea. Like its real life counterpart it’s a bustling city complete with skyscrapers and hi-tech installations alongside a mixed populace. However, tranquility aside an nefarious organization called Legion has its claws on the city and is threatening its inhabitants which is where you come in. Much like a Saturday morning animated series the Agents of Mayhem or AOM fly in to thwart Legion at all costs. It’s a good excuse to run, jump, drive and shoot around the city all the while enjoying the delights of open world action gaming. That said, it’s far from original aside from the fact players can unlock more agents as they progress and then create teams of three agents to dive into whatever mission tickles your fancy, even if that’s just goofing around with the many side activities on offer. Each agent has his or her own backstory and personality but rather than be carbon copies of each other, have their own attack strengths and weakness which also culminates to unique special attack moves and attributes. It’s a neat set up but sadly pales in comparsion to being able to create your own character which you can’t do here unfortunately. On the plus side, you do get some unique personalities who often provide quips and comments as you play giving them a bit more presence.

The main focus of the gameplay comprises of taking out Legion’s presence in the city which includes destroying their vehicles, hacking terminals and invading their bases (which they can recapture). The shooting is well met here and it’s nice being able to swap between your chosen three agents on the fly. However, despite there being a number of enemy types to engage, the combat does get rather repetitive too quickly especially as there’s a repeat formula each time you enter a skirmish. You’ll have ninja like attackers getting in close, snipers using range to reduce your shield and health in one hit, and regular grunts who predictably toss grenades at you ad nauseum. There are mid boss type characters to mix things up a little but it’s the same each time in terms of their attack patterns which gets old too fast. A saving grace though is being able to tailor the difficulty quite a bit which nets extra XP and cash rewards if you can hack it.

Probably the biggest complaint against Legion is the cookie cutter missions you undertake where you drive to a location, scan for a hidden entrance then head underground to tear up their operations. The same assets are used each time and like the rest of the combat becomes a little too repetitive.

Visually, AOM is a great looking title with plenty of vibrant colours and impressive transitions from night to day. The art direction most definitely leans towards animated cartoon as opposed to the semi-realism of their previous games. Seoul is wonderful to look at though with some excellent architectural features bathed in impressive lighting and shadows. If you have a HDR TV then it truly comes alive offering a much more vibrant and detailed city to explore. The flashes of light from just jumping or the pink light from vehicle exhausts are impressive indeed. Whilst the graphics are generally quite simple the game runs relatively smoothly even in 4K with all the settings bumped up, although there are some Nvidia specific options which can tank the framerate quite considerably. Interestingly you’re able to tinker with the graphics settings (on PC obviously) and see the results on the fly which is handy indeed. Giving an example, running in 4K using the High preset (ultra is maximum) can mostly net you 50-60 frames per second using a GTX 1080 Ti just to put things in perspective.

Audio also comes in with the usual array of comedy bites and crazy conversations to paint an expanded aural picture. The music is a little more subdued here which in this case is a good thing. The voice cast does a solid job of portraying the annoying, overconfident, cliche and camp which bombards you from start to conclusion.

Gamers will find plenty to see and do here what with the main story arch and then separate missions for each agent. There’s upgrades and collectibles to find, items to craft and as mentioned the side activities which offers a sizable number of potential hours play time here. 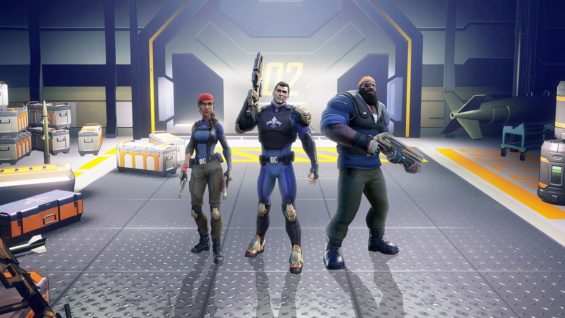 Agents of Mayhem is a fun game there’s no denying that with its larger than life characters,humor and well executed base gameplay features. However, something is missing and despite having a wonderful looking playground to dive into, the core experience feels a bit empty due to far too many repetitive themes being offered. As mentioned, it’s not the most original of games either and perhaps not having the Saints Row tag applied to it has meant a lesser experience all round which is a shame. That said, for those of you looking for some quick fix fun and games (sadly with no co-op option which is a massive omission for this type of experience) then you’ll find it here albeit rather limited over extended play hours. This is a game that’s interesting to play but is simply not an essential purchase like Volition’s previous outings.