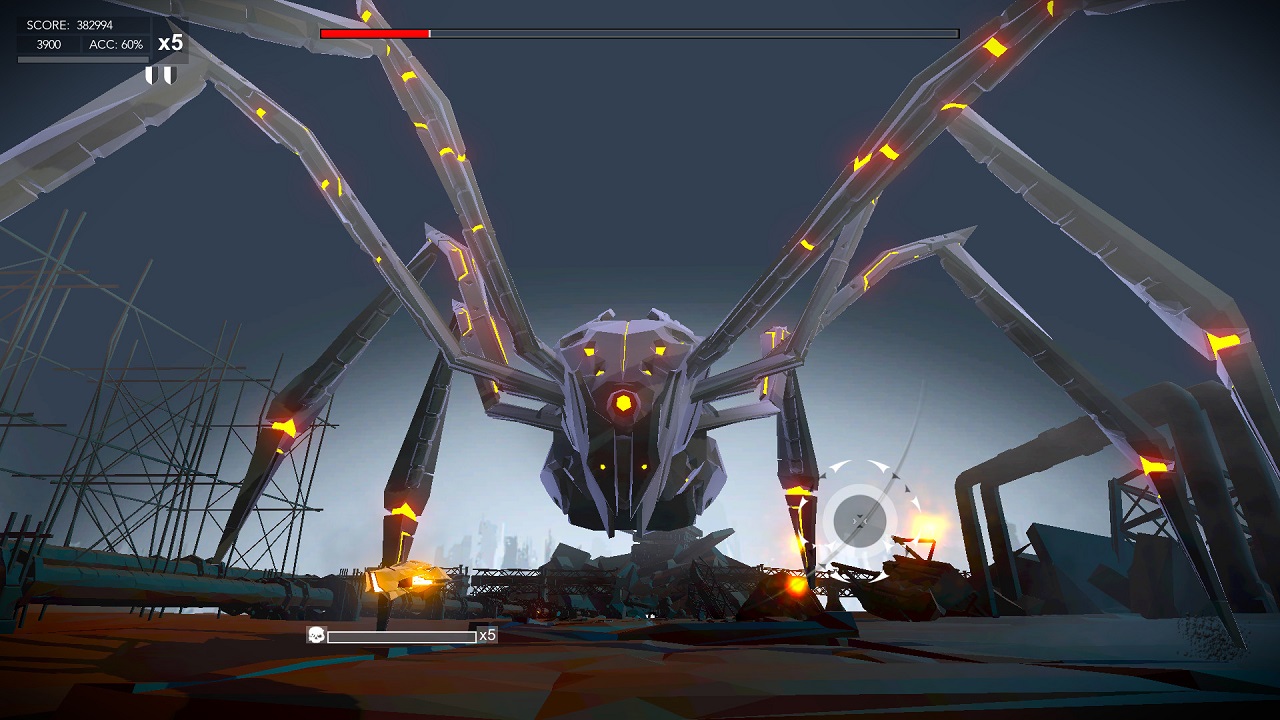 Life without music would not be worth living and to a lesser degree music in a video game is must. Sometimes it can break a game if the soundtrack is too repetitive or bland, while on the other hand it can set the mood and create the perfect atmosphere to push the game to the next level. Developers pushed it to the next level over the last couple of decades incorporating new ways to use music within the game itself to adapt to the gameplay. Titles like Lumines, Rez, and Child of Eden are just a few to showcase how music can have a symbiotic relationship with the on screen action. These titles are scarce, but create a special ambiance around them that music lovers and gamers can enjoy. Aaero by Mad Fellows hopes to forge their own musical gaming masterpiece by intertwining an electronica soundtrack with an on-rails shooter. 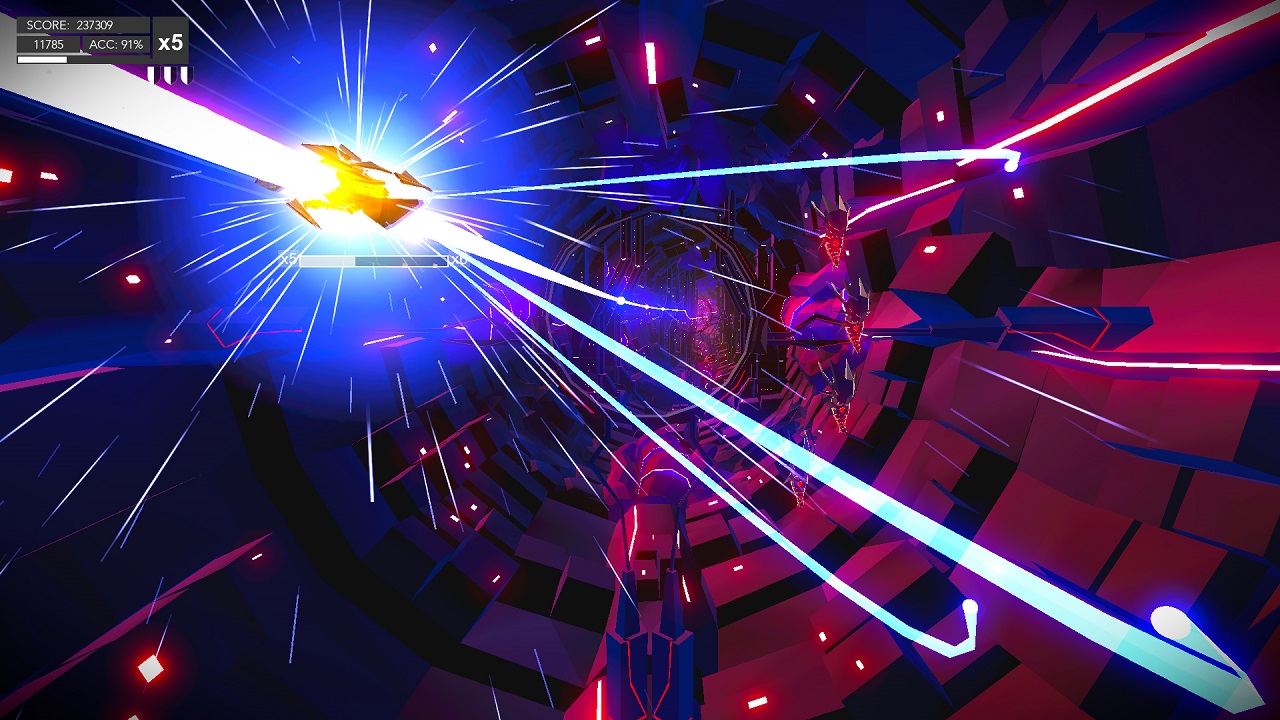 Starting off there is a very crisp and sterile look to the games design menu that makes you wonder if you were suckered out of some cash, but the surgical feel quickly vanishes as you find yourself flying around the screen to avoid obstacles and keeping your ship on the task at hand. If you are familiar with the classic Star Fox game from Nintendo then you’ll feel right at home with simplistic twin stick controls that allow you to move in a circular motion while focusing on a thin blue ribbon that you are to follow to get your score multiplier to increase. Sounds simple, but you’ll be whipping around in a circle trying to maintain the correct trajectory all while trying to maneuver around the ever changing geography with the left analog stick and blast the enemies that zip in front of you with the right. Luckily there is a targeting system that allows you to lock on a target or targets with 8 separate missiles. This comes in extremely handy when the terrain is constantly being refashioned and you have to keep your eye on more than just the targeting reticule. You’ll also encounter some big boss battles that try to break things up a little, but they are lackluster and don’t add much to the game other than a change of scenery. 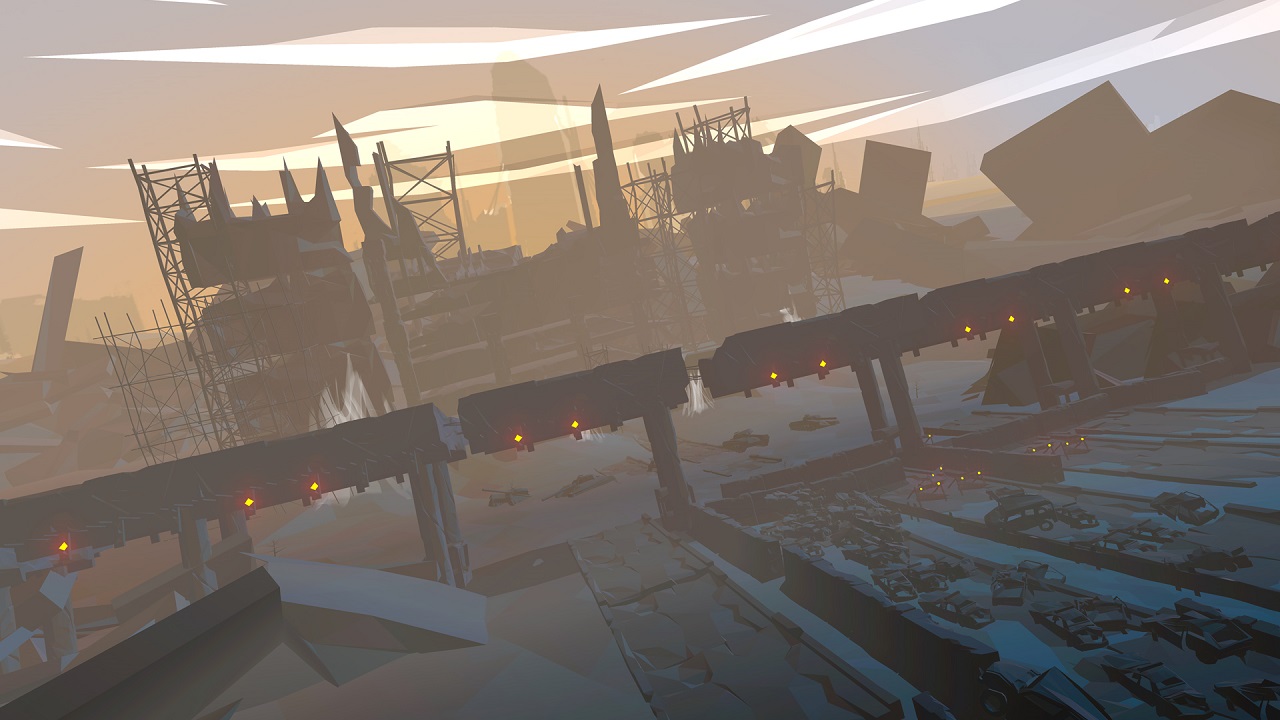 While there is a focus on killing the bad guys and dodging deterrents in Aaero, it is even more important to follow that blue ribbon previously mentioned. Why? Because this is what synthesizes the soundtrack to what is going on in your field of view. Music will ebb and flow with the course changes of the ribbon, all while adding bass drops, hooks, and haunting melodies. The 15 song electronica soundtrack dabbles in a variety of sounds from Dub Step to DnB and even some more mainstream artists like Flux Pavilion and Katy B contribute to the amazing lineup that acts as the heartbeat of Aaero. Visuals are highly stylized with uncomplicated designs in the landscape and a nostalgic nod to the 64 bit era of gaming. Running at a smooth 60fps the combat and line tracing run without a hitch allowing you to keep focus on everything happening around you. 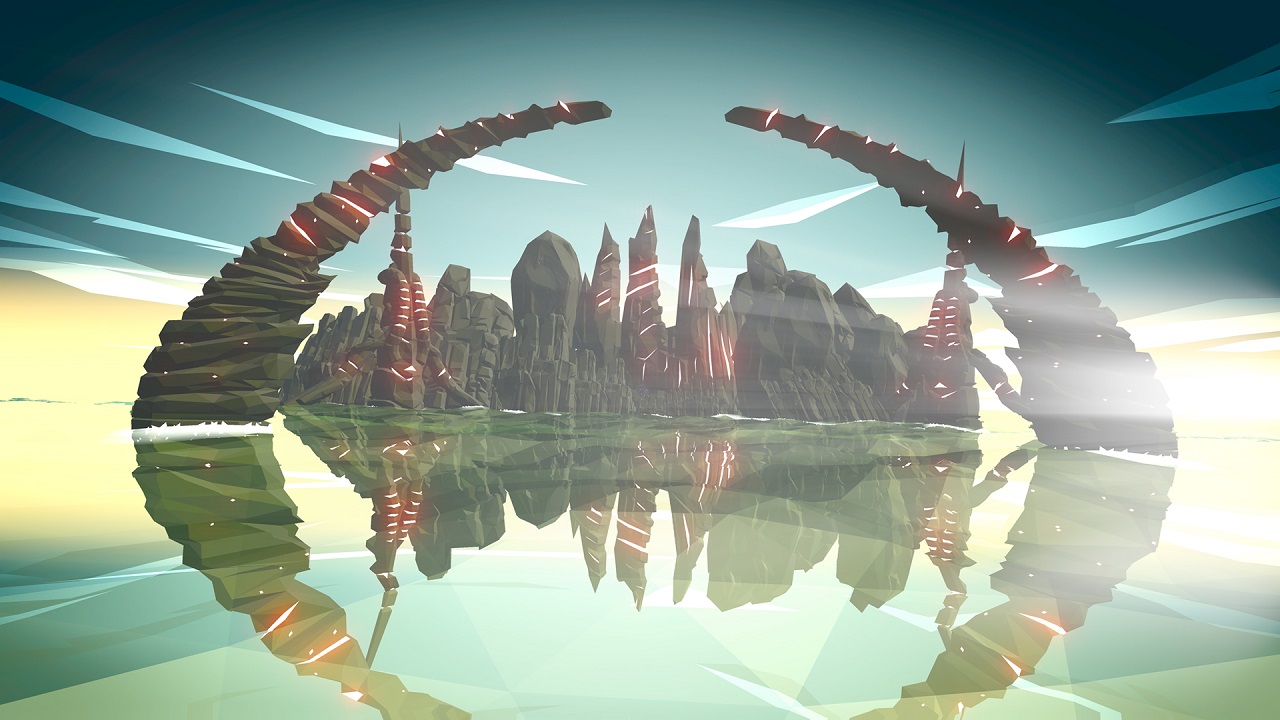 Aaero has 3 different difficulties that unlock as you progress through the game earning stars for each of the music tracks. You’ll start off on normal to learn the ropes as the difficulty slowly amps up with each level to prepare you for future trials and tribulations. There are also “secrets” hidden throughout the map that are nothing more than glowing red lights you have to shoot. They don’t unlock anything special, but you will get an achievement based on how many you find. If you’re an achievement hunter or completionist, Aaero will run its course in 7-8 hours, so there is plenty to keep you entertained beyond one play through.

Mad Fellows has definitely had some inspiration from previous titles, but has put their own style and spin on it with Aaero. The superb look of yesteryear infused with today’s graphic abilities will make it appeal to more than just current generation gamers with controls that anyone can master in a short time with the controller. Beats and hypnotic rhythms are what really drive this game and the way they meld with the gameplay brings the game to a whole new level of synchronization of all the elements that encompass what a videogame really is. Gamers and electronica aficionados will find their Zen place spiraling around the levels and blasting enemies in this throwback arcade title.