The time is now to break out the most relevant game to what’s happening in the real world with EA’s mid release tie in to this year’s Brazilian based World Cup Tournament. Aptly entitled, 2014 FIFA World Cup Brazil, the game offers an assortment of expected modes and allows you the chance to get stuck in to all the razzmatazz of the greatest tournament on Earth.

From the start and for the local player, the game provides several options to dive into, including the standard kick off quick play, the 2014 World Cup Tournament itself, The Story of Qualifying, Captain your country and various skill mini games lifted right from FIFA 14. For online players there are more modes which include Road to Rio De Janeiro, Online FIFA World Cup and non competitive friendly matches. In this regard, the game is filled with  enough original content to keep the most ardent FIFA fan well occupied although does use some familiar assets from the most recent FIFA 14. 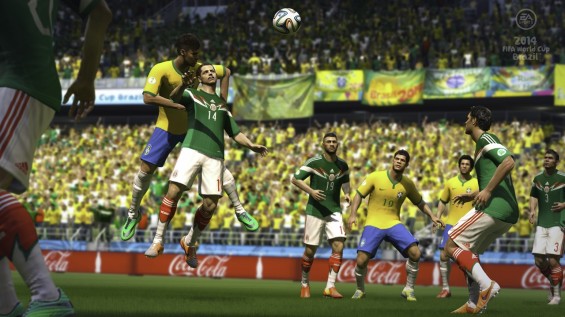 Playing the game is slightly less complicated than more recent FIFA offerings with use of classic controls and more goal friendly AI. There’s a  distinct nudge towards attacking players advantage making for more goal opportunities than before as AI move into better positions for volley shots and set up passing. In this regard, the core gameplay remains as accomplished as expected from a FIFA game, but simply feels more accessible for less seasoned players to jump in and start scoring spectacular and crowd pleasing goals.

Aside from choosing official teams and taking them on a fantasy journey through the tournament, note has to be given to the local play Captain you Country mode which has you  fight off against rival players on the team, with the aim of being the team captain and seeing your squad to victory. It’s a neat and engrossing mode which has you play as one player in matches (which can be simulated) but does take a bit of self control to fully enjoy as it can feel like the game is playing itself at times. The other mode worthy of mention is the online based knock-out style Road To Rio De Janeiro which has you playing up against online players from 12 host cities progressing all the way from Manaus to the Brazilian capital Rio De Janeiro the idea is to see how far you can travel. 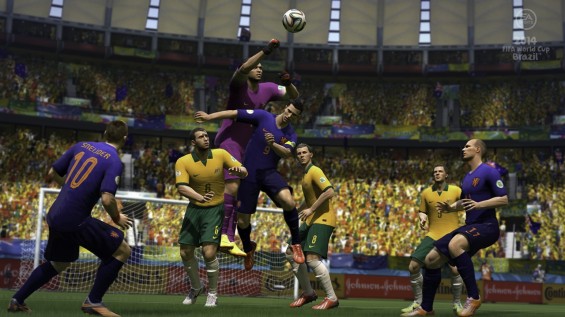 EA has a lot of experience when it comes to making their games look the part and capture the feel of the beautiful game and this world cup package is no exception with its vibrant green and yellow hues in the menus, to a varied and non intrusive soundtrack overseeing the browsing. Each mode is clear to access and although there’s  a lot going on, it’s not cluttered and awkward to navigate. The on pitch action is also well presented with good player likenesses and fairly solid animations which sadly do show their age against next gen counterparts.  What is neat is being able to select one of two commentary radios which provide a bit of pre and post match enlightened conversations which adds a lot of atmosphere to the game when not playing. These are available  aside from the normal commentators who do a reasonable job during matches, despite repeating phrases quite frequently. 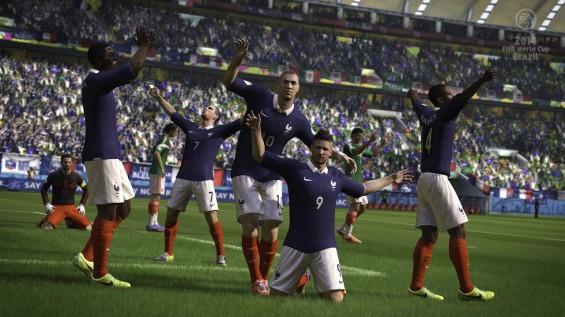 2014 FIFA World Cup Brazil, is a perfect accompaniment to the actual events that are happening as we speak and is worth checking out for those who want to experience a dedicated game for the tournament. It’s a solid well troden football game packed with its own identity and one that will tie fans over until FIFA 15 releases.  Due to its accessibility this is also well suited to newcomers who want to recreate moments they may have just seen on TV. Easy controls, more entertaining AI and a real hunger for scoring goals make this a less simulated game compared to its peers and more filled with excitement for all levels of players to enjoy.