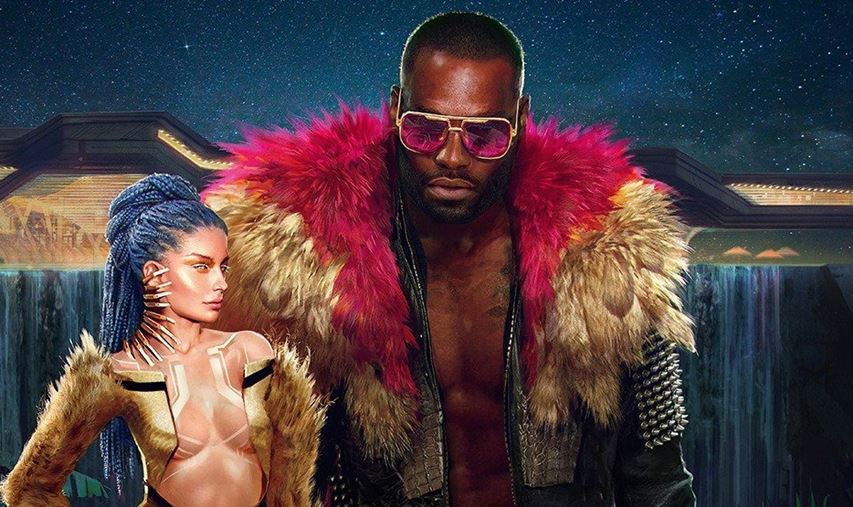 We are of the belief that Cyberpunk gaming is going to enter a renaissance period in the coming months and years what with CD Projekt Red’s eagerly anticipated Cyberpunk 2077 releasing early in 2020 leading the charge. Whilst many gamers are interested in Cyberpunk 2077 since it was announced way back in 2012 there are a number of other cyberpunk games to look forward to as we move into the 20s. Here are 10 awesome cyberpunk games to look-out for in 2020 (and possibly beyond).

Ghostrunner is a first person action-packed cyberpunk themed offering from developers One More Level and Slipgate Ironworks with 3D Realms publishing. As the name suggests, you take control of a athletic cyber warrior character as you ascend a massive superstructure owned by the nefarious Keymaster character. Players take down the opposition using stealth and visceral combat as well as use deft movements to conquer the complexities of the tower. The game has some interesting lore, where your character fights in the real and cyber world. Coming to PC and consoles in 2020 looks rather interesting indeed.

Polish developers Anshar Studios in partnership with Cyberpunk legend and author Marcin Przybyłek comes Gamedec. A story driven, role-playing game based on table-top gameplay mechanics and novels of the same name. You play as a game detective looking for answers in virtual worlds. The game doesn’t follow a set path where instead the player’s actions dictate how events unfold allowing for some interesting choices and consequences depending on how deep you play. This game stands-out in particular as it uses a top-down isometric viewpoint which makes for a pleasant contrast to the other Cyberpunk releases in 2020.

The newly announced Lonn from Australian based developers SixSense Studios offers a first-person physics based story-driven VR experience. Players delve deep into the unpredictable cyberpunk world looking for answers, stealing items and getting into scrapes with cyborg and cybernetic entities as a bounty-hunter. The game offers puzzles, action and meaningful actions as players navigate the dark world. This one is looking pretty awesome for VR gamers.

The Runeheads already released their first-person grid based cyberpunk themed dungeon-crawler Conglomerate 451 as an early access title on Steam. A full release comes in early 2020. When it first arrived it was a bare-bones offering, lacking many features but since then has come leaps and bounds as it continuously improves. The turn-based action is good fun and the visual elements fantastic. Conglomerate 451 is shaping-up to be an excellent title for RPG gamers as they dive into a dark and twisted world of dodgy corporations and unsavoury cyber characters.

Od1n Studios N1NE: The Splintered Mind is another Cyberpunk themed narrative-driven detective game developed for VR headsets. The game delayed its 2019 release for further polishing and will release via several chapters. In N1NE your job is to find out what happened to victims of suspicious murders. Set in the year 2099 players explore, interact, investigate, interrogate and solve the cases which are set in the ‘Real World’ and Virtual Reality. This game is looking interesting so far and once again VR gamers are spoilt here.

ION Lands’ CloudPunk offers a different cyberpunk themed experience as players assume the role of a delivery driver on their first night on the job for the rather shadowy CloudPunk delivery service. Set within the massive city of Nivalis, players take on the role of character Rania. The game fuses on-foot sections as well as flying around the city where players meet a wide assortment of characters. It’s a story-based exploration game which looks pretty fantastic so far.

LOW-FI from Iris VR is a dedicated VR game coming to all VR platforms in late 2020. What we have played thus far is totally engrossing and that’s just looking around the blade runner style environments. You play as a detective for hire in this dark world where anything goes. You play how you want to earning credits for your endeavours. Whether you choose to live by the gun or more diplomatic methods it up to the player. we are really excited for this game and hope it lives-up to its promise.

Coming from developer Crafting Legends is the isometric Death Trash coming to consoles and PC. The game offers some distinct RPG elements as players face-off against an assortment of punk characters, weird beings and the sublime. The game’s backdrop offers a post-apocalyptic nightmare based on many themes including cyberpunk, science fiction, horror, grotesque art, stories and black humor. Players take up arms with real-time combat, but utilise stealth, dialogue, item crafting and psi powers to achieve their goals. This is a cool looking prospect in development which we can’t wait to play.

Crossingstar Studio & 42 Foundation present Shadowplay: Metropolis Foe under the wing of Zodiac Interactive. This is a strategy role-playing card game as players take on the role of a band of lawless rebels residing within a gargantuan cyberpunk city. Featuring 10 distinct characters and a range of mission types, Shadowplay offers a wide range of visual treats including first person elements. It’s a very different type of game to the others on this list which makes it stand-out. It’s certainly one to keep an eye out for and perhaps a perfect introduction to the card game genre if you’ve never experienced it before.

CD Projekt Red’s action first person role playing game Cyberpunk 2077 is probably the most well-known cyberpunk offering. Whilst it’s perhaps easy to suggest other developers are adopting the cyberpunk theme to ride the coattails of this eagerly anticipated game, there’s enough diversity within the genre to cater to a number of gaming tastes. For us though, Cyberpunk 2077 is a no-brainer and arriving sooner rather than later the wait should be well worth it given the heritage behind the game development. With its blend of distinct role-playing, advanced play-styles and diverse visuals (alongside its bigger budget than all the other games on this list) Cyberpunk 2077 looks fantastic and sets the bar for other developers looking to enter the cyberpunk space. Bring it on!